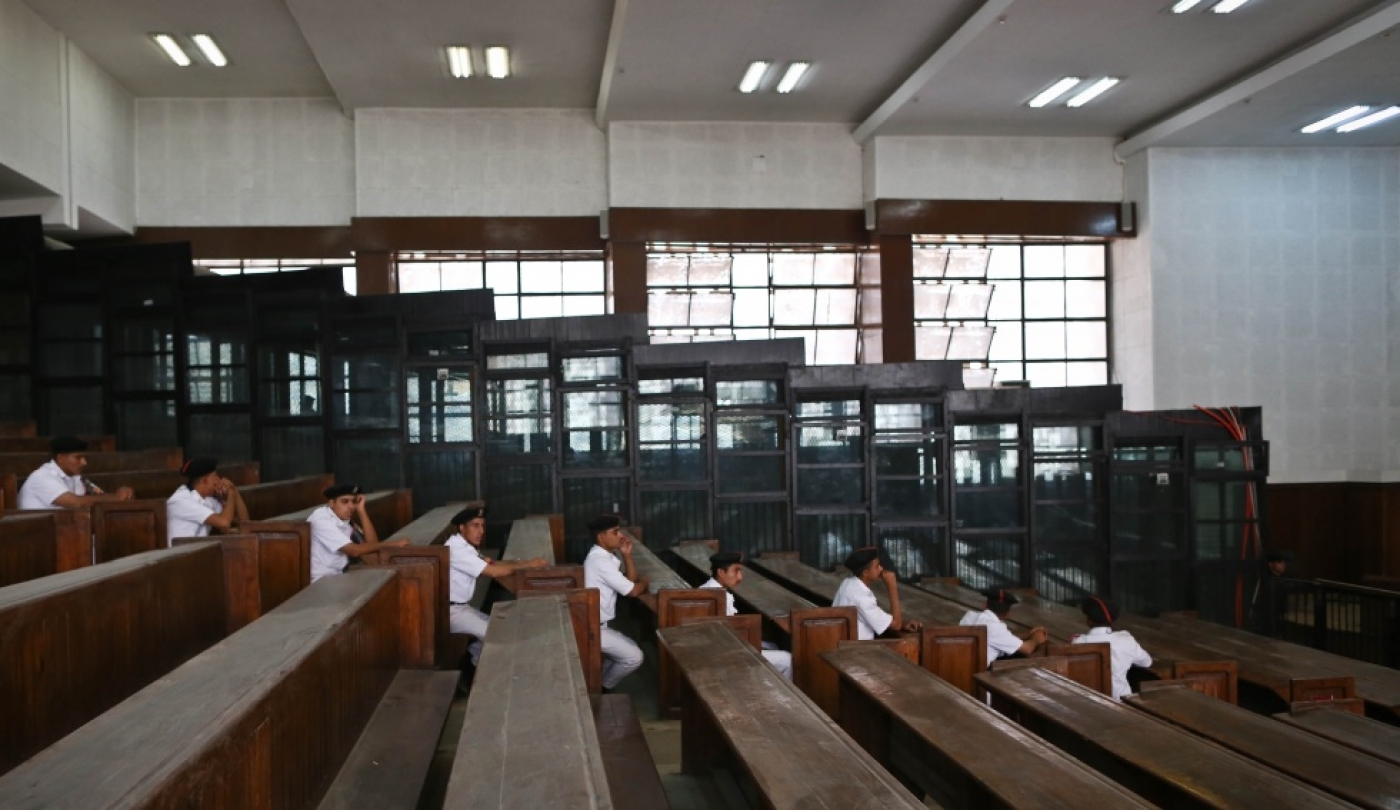 Egyptian police in a courtroom during a trial for pro-democracy activists in Cairo on 26 October, 2014 (AFP)
By
MEE and agencies

Since ex-army chief and now President Abdel Fattah al-Sisi deposed democratically elected Morsi in July 2013, his followers have been the target of a relentless crackdown by the authorities, who are also accused of exploiting the judiciary in their fight against them.

In October, Sisi issued a decree allowing military trials for civilians suspected of attacking state infrastructure, after a wave of deadly strikes on soldiers.

The 312 civilians are the latest to face a military trial since the presidential decree widening the jurisdiction of army tribunals was issued.

They are charged with "rioting, illegal assembly, torching police cars, assaulting public property, police and army personnel" when they allegedly set a court complex in the Suez canal city of Ismailiya on fire in the summer of 2013.

Violent clashes erupted across the country after the ouster of Morsi, and after the deadly August 14, 2013 dispersal of two protest camps set up by his supporters in Cairo.

The crackdown since then has left at least 1,400 people dead, and more than 15,000 imprisoned.

Dozens have also been sentenced to death after mass trials which the United Nations says is "unprecedented" in recent history.

Morsi and many other leaders of his Muslim Brotherhood movement are themselves on trial in cases in which they face the death penalty if convicted.