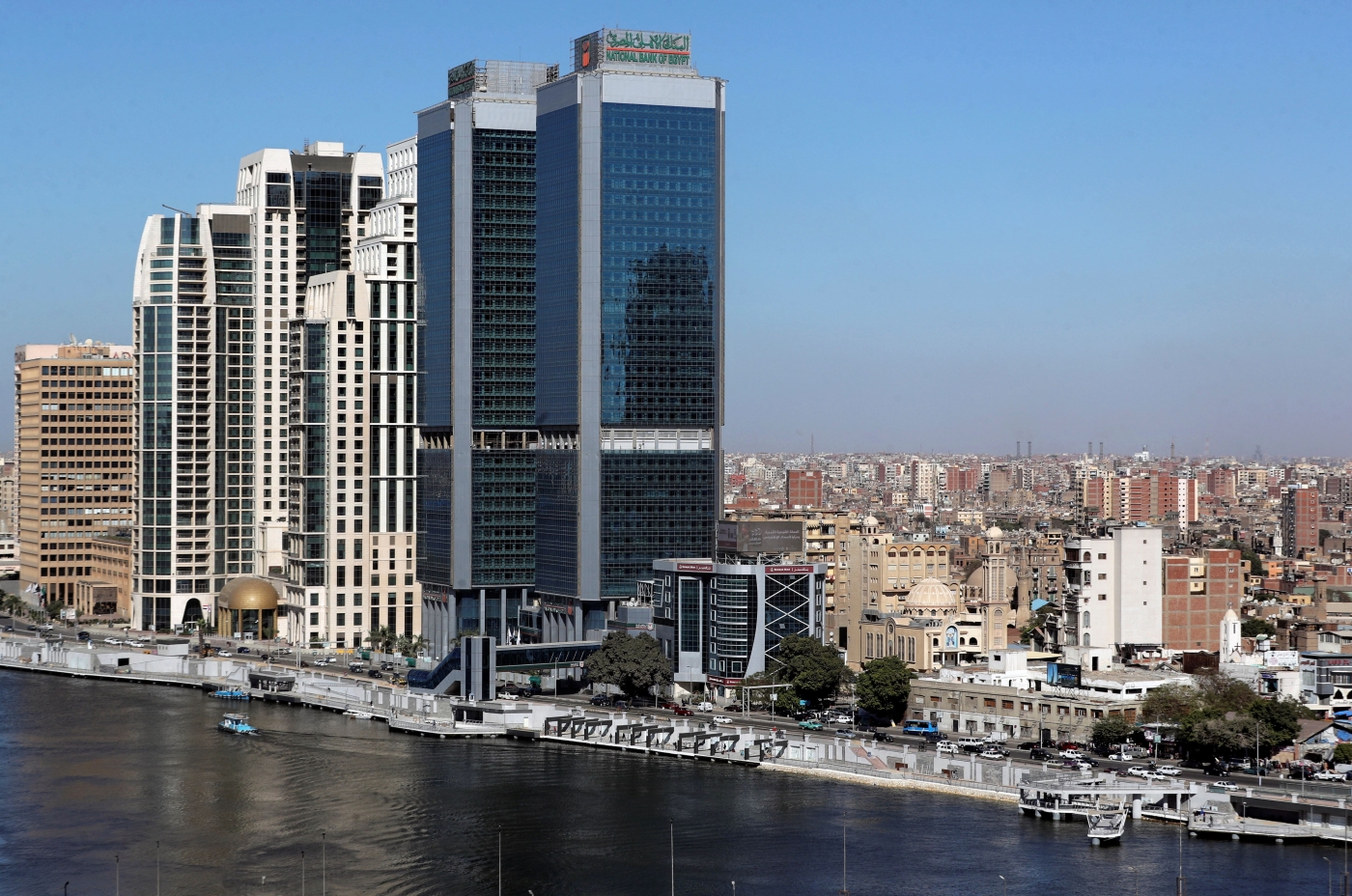 Up to 95 percent of properties in Egypt are unregistered, according to the minister of justice (Reuters/file photo)
By
MEE correspondent

"Angels don't enter homes unregistered in the Property Registration Office," is a joke cracked by Egyptians about their government's plan to make the delivery of gas, drinking water and electricity to their homes conditional on registration.

Egyptians are facing the move with satire and comedy - but this is far from a laughing matter.

There is nationwide anger against the decision, which finds its roots in amendments introduced by parliament to Real Estate Tax Law No 186/2020 in September last year.

The amendments make it necessary for property owners to register their properties in registration offices around the nation. And they have to pay a fortune to do this.

The amendments were initially planned to be enforced by 6 March, but the popular outcry led the cabinet on 28 February to postpone the enforcement of amendments to the law until December.

The amendments, if enforced, could mean that Egyptians who do not have water in their taps, electricity in their wires or gas to turn on their cookers or heaters will not have them before they register their homes.

This is opening the door for accusations against the government that it is blackmailing the public and working to amass huge amounts of money by forcing people to pay for services that are basic rights.

"This is unjust and amounts to an attempt to take money from the public by force," retired civil servant Mamdouh Hussein told Middle East Eye.

The move is also stirring up debate about whether the authorities have respect for the judiciary, which had previously entitled landlords to access to drinking water, electricity and gas, even if they had not registered their properties.

People who want to register their houses will have to pay around 3 percent of the market value of these properties.

This, observers said, is a huge amount of money, which a small fraction of property owners can afford to pay.

"The registration fees are too high for everybody, especially during current economic conditions," rights advocate and lawyer Negad al-Borae told MEE. "The government needs to take measures to reduce this burden on the people." Enforcing the amendments of the Real Estate Tax Law could not be more untimely, with tens of millions of Egyptians still suffering the economic shocks caused by Covid-19.

The pandemic has caused major losses to most economic sectors, brought the growth rate down, reduced exports and seen many lose people their jobs, especially in the tourism, service and industrial sectors.

Apart from the money that property owners would have to pay for registration, the process itself is very complicated.

It is a multifaceted process that makes it necessary for applicants to travel several times between the courts and different agencies involved in the process before the registration is completed.

"The bureaucratic process related to registration is too complicated and compounds its high fees," independent legal expert Ahmed Mahran told MEE. "Ordinary people will have to go to a large number of state agencies to finalise the necessary paperwork."

The government has so far failed to convince the public to pay so much for the registration of their properties.

Most of those defending the new measures, including government officials and pro-government media, have only made matters worse.

The shocking reality is that only 5 percent of all properties in Egypt is registered in official records, with the remaining 95 percent unregistered, according to the government. 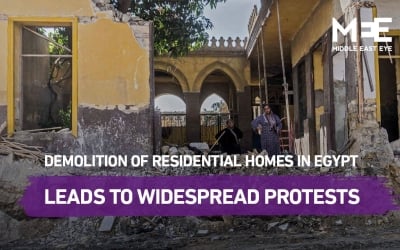 So the government does little about these unregistered buildings.

The government needs to have full information about all the buildings in Egypt, their history, their owners and their needs, Minister of Justice Omar Marawan said on 22 February.

The absence of these properties from official records obstructs development and undermines decision-makers' abilities to include them in any development schemes, economists have said.

"The lack of registration for properties also hinders the flow of foreign investment into the real estate sector," Rashad Abdo, the head of the Egyptian Centre for Economic Studies think-tank, told MEE.

The absence of these buildings from official records also causes the annual loss of hundreds of billions of Egyptian pounds in real estate taxes, economists have said.

Nonetheless, anger against the new measures is taking on many forms, seeping from the streets and cafes to social media and television channels.

Some people have launched the hashtag "We will not register our properties" to signal their anger. Others have launched a metadata tag that describes amendments to the Real Estate Tax Law as an attempt to swindle the people.

This rising anger raises the possibility of unrest, especially when the new amendments are enforced and the agencies that provide services such as gas, water and electricity to homes refuse to supply them to unregistered properties.

As a result, some expect the theft of water and electricity to increase.

Between 2014 and 2019, Egypt incurred around $1bn in losses because of electricity theft, according to a Ministry of Electricity official.

Some lawmakers have called for a rethink of the amendments, so that it is made easier and less costly for the public to register their properties.

"The government needs to amend the Real Estate Tax Law to simplify the registration process for citizens," MP Suleiman Wahdan told MEE. "The law does not need to be such a heavy burden for these citizens."

On 24 February, Prime Minister Mostafa Madbouly ordered the formation of a new panel to find ways to simplify the property-registration process.

The pro-government Nation's Future Party, which has a majority of seats in the House of Representatives (parliament's lower chamber), said on 26 February that it would propose amendments to the Real Estate Tax Law to make it easier for citizens to register their properties. "The amendments will ease the registration of properties and preserve the government's right to upgrade the property registration system," the party said in a statement.

A day later, Nation's Future Party MP Ashraf Rashad said that his party would propose the phasing in of the payment of a major chunk of registration fees over a number of years and delay the enforcement of the amendments of the new law to January 2022.

Nonetheless, people like Mamdouh Hussein, the retired civil servant, said that property registration could not be enforced in the same form after the end of this delay, describing it as another attempt by the authorities to rip off the public.

"This law needs to be amended or changed," Hussein said. "This is important, especially after the government have imposed many taxes in the past, also to get money from the pockets of the people."

Editor's note: Following the publication of this article on Monday 1 March, President Sisi issued a decision to postpone the implementation of the controversial amendments for a minimum of two years. Arts
The Egyptian doorman with a passion for oud