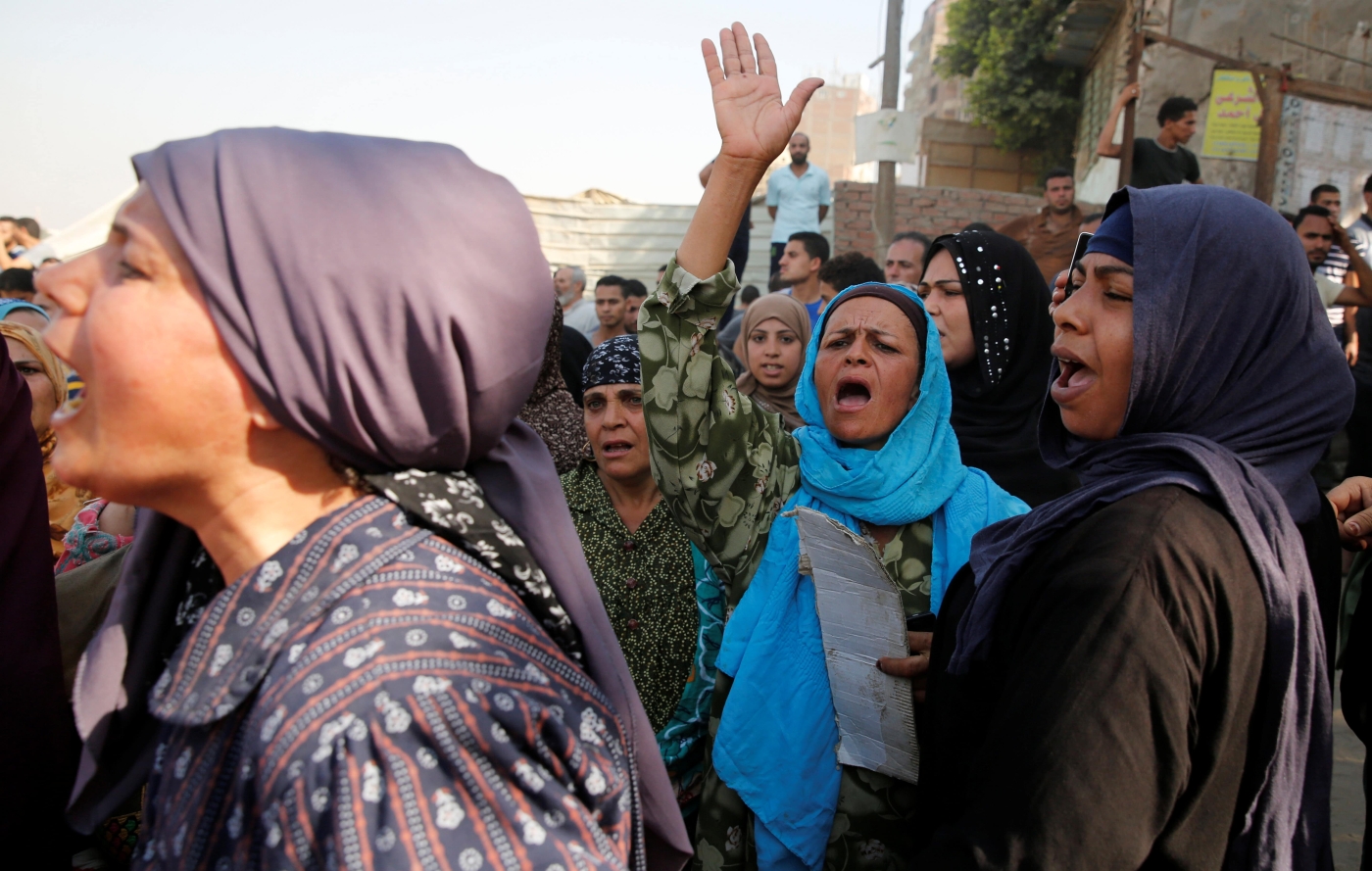 Egypt’s sharp devaluation of the pound last week has left millions of impoverished citizens wondering how to make ends meet as prices of basic commodities continue to soar.

As Egypt gears up for hosting the Cop27 UN conference on climate change in Sharm el-Sheikh on Sunday, spending billions on logistical preparations, Mohamed Belal, 41, a railway worker who lives in an impoverished home on Warraq Island, Giza, is counting how his salary won’t be enough to cover his and his family’s expenses till the end of the year.

'The situation is rough. How can I feed two kids and their mother and myself with such a salary?'

“The situation is rough. How can I feed two kids and their mother and myself with such a salary?” Belal, who earns EGP 2500 ($103) a month, told Middle East Eye. He already works on the weekends as a farmer with landowners as an extra channel to get more money. He is considering taking his children out of school and putting them to work.

“Whenever I am going back from work at night, I find people, men, women and children, standing by the garbage dumpsters fishing for food. I stopped judging, because I might end up doing so. I even started to instruct my wife to throw any leftover food in intact boxes in case someone eats it,” he said.

Belal lives in a small room built illegally after his original house was demolished by the government in 2017, in police raids claiming that houses built on the island must be removed.

Warraq Island, an agricultural island in the middle of the Nile between Cairo and Giza, has been eyed by the regime of President Abdel Fattah El-Sisi as a spot to change into a “modern” gated community and high-rise destination for the country’s rich.

The poverty-stricken island is now inhabited by residents who cannot afford to move to the crowded and expensive housing in Cairo and Giza. Well-off residents who got modest compensation from the government were able to move out and purchase houses elsewhere.

The government intends to call Warraq “Houras Island” or Manhattan on the Nile, and to build high-rise housing units and business and shopping centres. In 2017, riot police killed one man and arrested dozens, accusing them of terrorism-related charges as they tried to resist attempts by security forces to survey properties ahead of planned demolitions.

“Between receiving no compensation from the government for five years and having a low salary, my only opportunity is to become a crook,” an emotional Belal said in despair while being comforted by other male friends.

Aside from the tragedy and anxiety of being displaced from their homes, Warraq residents like millions of other Egyptians are crushed by the monetary policies which have been implemented by the government since 2016.

Last week, the Egyptian government devalued the pound by 15 percent before reaching a staff-level agreement with the IMF on a $3bn, 46-month extended fund facility. 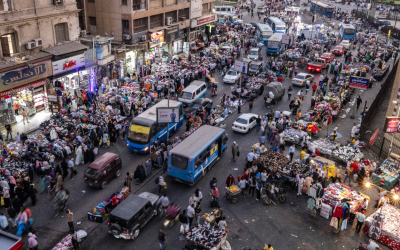 Following the announcement, the central bank said it was set on intensifying economic reforms, and had "moved to a durably flexible exchange rate regime, leaving the forces of supply and demand to determine the value of the EGP against other foreign currencies".

Analysts told MEE last week that Egypt's preliminary agreement with the IMF could help restore some investor confidence in the North African country, but real progress hinges on Cairo's appetite to follow through with reform.

Egypt, according to Moody's, is one of five countries in the world at risk of failing to repay its foreign debt instalments, which exceed $150bn. In August, Goldman Sachs said that Egypt needs about $15bn in external funding to be able to repay its debts.

The country’s already heavily indebted economy has been battered by the war in Ukraine and a rising US dollar. Egypt has seen about $20bn in outflows from foreign investors this year. The war has also hit imports of wheat and inflows of tourists from Russia and Ukraine, both of which Egypt - the world's largest importer of wheat - relied on.

The latest deal is the third time that Egypt has resorted to the IMF, having previously done so twice in the past six years. The first time was in 2016, when it secured a $12bn credit facility to support an ambitious programme of economic reforms. The second time was when it received a $5.2bn loan to mitigate the economic impact of the Covid pandemic.

The IMF deals have been coupled with tough austerity measures that saw prices of electricity and those of basic commodities and food soar, bringing more suffering for tens of millions of people in a country where almost 70 percent of the population of more than 100 million depends on food rations.

As a result of the latest devaluation, the prices of food commodities also increased, ranging between 5 and 7 percent in dairy and cheese products, which rely on imported dairy and vegetable oil. The percentage is likely to increase with the expected rise in the prices of all basic commodities, such as meat, fish and poultry, eggs, rice, lentils, beans, grain, sugar, coffee and tea.

Samira, a housewife and nurse from Warraq who MEE contacted over the phone, suffers similar problems. Although she has never carried a dollar or even seen one, she said that her life became deeply affected by the global currency.

“As the price hikes continue, the support of the government decreases,” she said, adding that all her family were cut from the food rations card, while school fees and transportation costs are getting higher.

In order for Samira to go to her place of work, she has to take four different kinds of public transport, not counting the ferry which connects the island and the other bank of the Nile.

“Because the government wants to kick out all the rest of the island residents, they sometimes shut down the ferry or limit its working hours as punishment.”

She added that even the state-owned schools and the hospitals on the Island are getting demolished, with the land appropriated to the government's development plans. “They are trying to suffocate us, and deprive us of basic services, which lead to the rising cost of food and transportation on the island as a result.”

Another resident of Warraq Island, Ismail, a tuk-tuk driver by day and sandwich-maker by night, told MEE that he has been engaged for seven years to his fiancee but can not afford a furnished room anywhere in Cairo. “We both work, but the prices rise more than we can save. And what we save is not insured against medical emergencies or crises.”

Ismail’s brother was arrested early this year in a police raid when he was trying, along with other young male residents, to defend houses from being demolished. He and others who were arrested are still in detention facing terrorism charges, which have cost Ismail’s families almost half of their savings to hire a lawyer and pay bribes. 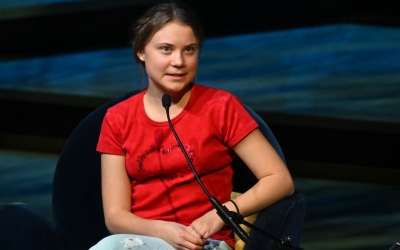 “Now we are threatened to be kicked out of our land which we have owned since the 1980s, and we cannot live like normal human beings,” Ismail said, complaining that he cannot live a normal life working two jobs.

Ismail and others are planning to take part in protests on 11 November, called to coincide with the Cop27 event, in order to voice their anger and frustration with the Sisi government’s economic policies.

Abu Bakr, like thousands of his colleagues, is uninsured, and works without a contract, according to the demand of the contractors. He told MEE that he will stop having breakfast at a fava beans cart near the construction site where he works, which now costs 20 EGP (83 US cents), and will end up eating dry bread crackers and old cheese, which is stored in his house in order to save money.

His son has been diagnosed with cancer, which requires imported medicine, a product which, he said, is increasing in price every two months as the government is putting restrictions on imported goods and at the same time allowing the private sector to control state-owned health institutions.

“A lot of people will sleep or go to work hungry because they will sacrifice to feed their children,” he said, adding: “No one can feel the misery that the poor are living. We are just ants being crushed and no one cares.”

Abu Bakr told MEE about a colleague of his who could not afford to support his family anymore so he took his life by throwing himself underneath the metro. “I know it is forbidden by God but sometimes I feel I want to end my life so I can be over with this misery.”

Self-harm as a tool of protesting economic hardship has been rising in Egypt in recent years. Almost every month Egyptian media carries reports about people committing suicide due to economic hardship.

Um Farouk is a single mother of three daughters in her 50s who works as a cleaner. She is concerned about whether she will be able to afford basic needs for her family as her income does not suffice.

“I know families who allowed their daughters to become prostitutes in order for them to eat and leave the island to go somewhere else, but not me.”

Um Farouk currently buys chicken bones and waste and cooks them to make soup. “Meat products and vegetables are expensive. Only beans and rice are available, along with bone soup,” she added. 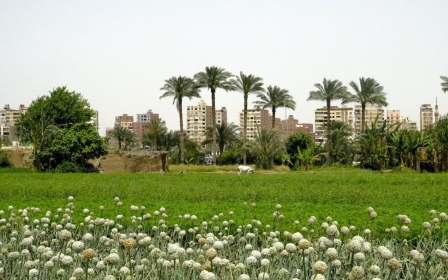 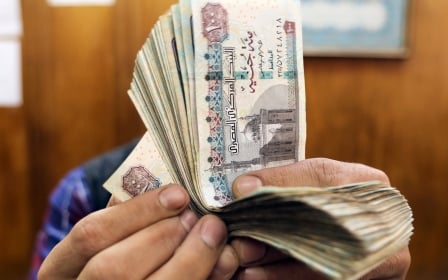 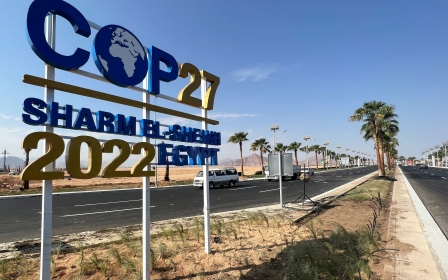