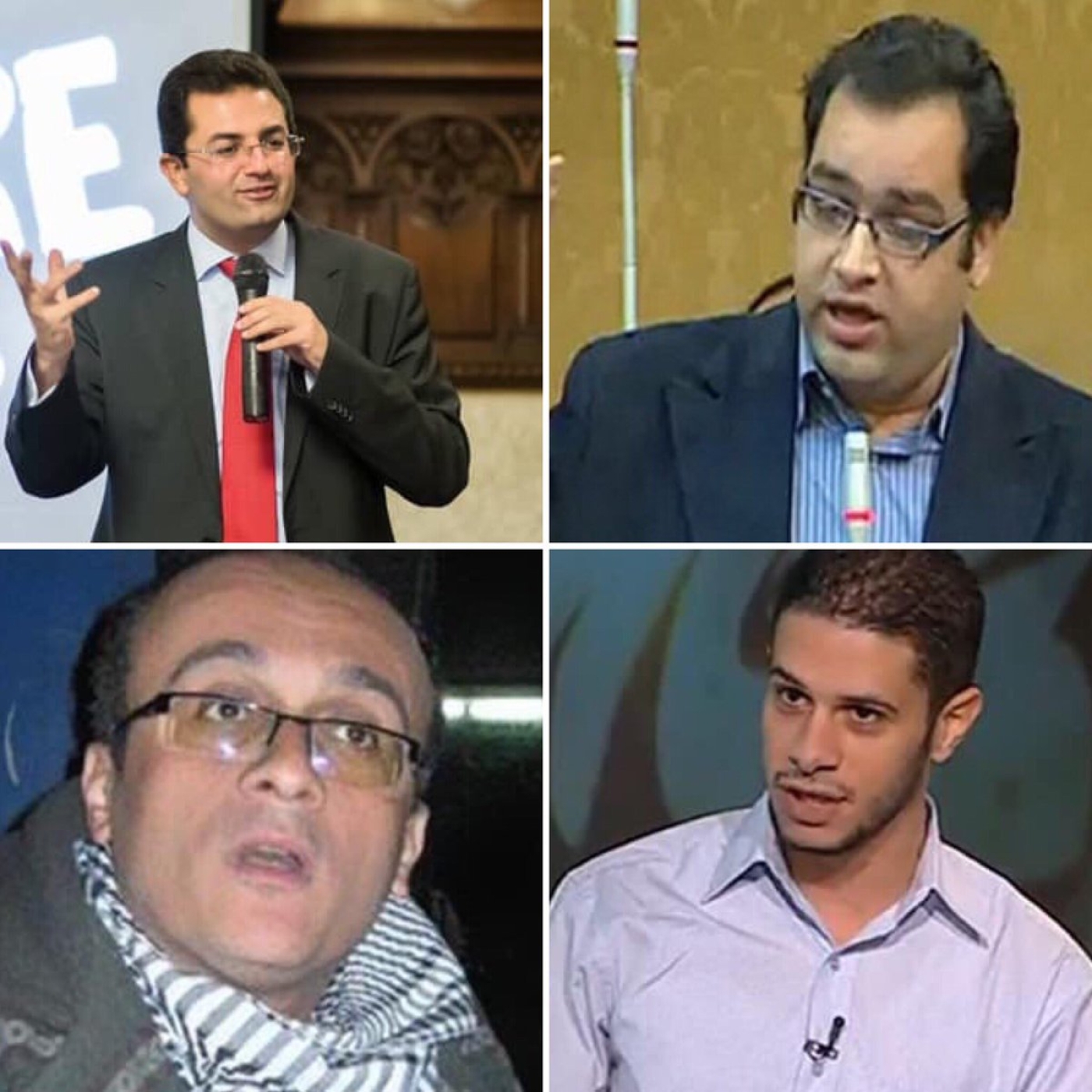 Egyptian authorities rounded up at least five left-wing and liberal activists on Tuesday in the latest crackdown against dissent led by President Abdel Fattah el-Sisi.

According to human rights lawyers and the families of detainees, security forces raided the homes of the activists in the early hours of Tuesday and removed them to unknown locations.

Those arrested include lawyer Zyad el-Eleimy, a former member of parliament and one of the youth leaders of the 2011 revolution.

Eleimy was arrested by plainclothes officers from a friend's home in Maadi district, according to his mother.

His friends warned that he suffers from diabetes, high blood pressure and asthma.

Hisham Foad, a journalist and member of the Revolutionary Socialists movement, was also arrested on Tuesday, according to human rights lawyer Khaled al-Bulshy.

Another journalist, Hossam Mones, was arrested from his home today and held incommunicado, according to lawyer Khalid Ali.

According to journalist Ahmed Ragab and human rights defender Baheyy el-Din Hassan, the detainees had met recently to discuss plans to run for next year's parliamentary elections in a joint opposition coalition between leftist and liberal parties.

Hassan added that Egyptian security services had summoned a number of leaders of the proposed coalition and threatened them with arrest if they continued their efforts. He also said that authorities warned the arrested leaders against communicating with exiled politician Mohamed el-Baradei

“The latest wave of arrests targeting critics, opposition leaders, activists and journalists under the guise of counterterrorism is part of the Egyptian authorities’ systematic persecution and brutal crackdown on anyone who dares to criticize them," said Magdalena Mughrabi, Amnesty International’s North Africa Director of Research.

"The crackdown leaves no doubt about the authorities’ vision for political life in Egypt; an open-air prison with no opposition, critics or independent reporting allowed.”

Earlier today, #Egypt arrested a bright young economist, Omar Al Sheneity, a Columbia grad and a brilliant liberal economic analyst. Authorities accuse Omar along with a few leftist-anti-Muslim-Brotherhood activists and a former MP of plotting against the state with the MB!

Egypt’s Ministry of Interior issued a statement on Tuesday accusing the five detainees of collaborating with members of the Muslim Brotherhood in exile to “undermine the economy” and “target the state and its institutions” ahead of the anniversary of the 30 June protests that brought Sisi to power in 2013. It claimed the defendants were planning to campaign for anti-government protests in the coming weeks.

The statement claimed that authorities confiscated cash and documents related to the alleged plot from the detainee’s homes, and that 19 companies  suspected of financing the plot have been raided. The ministry said that 250 million Egyptian pounds ($15m) was confiscated in Tuesday's raids.

Human rights groups have estimated that at least 60,000 political prisoners have been detained since Sisi came to power after ousting his predecessor Mohamed Morsi in a military coup in July 2013.

Many political prisoners suffer from medical neglect and are held in solitary confinement for lengthy periods, leading to the deterioration of their health and the death of elderly detainees.

Morsi, who died during a court hearing last week, is widely believed to have been subjected to "slow murder" due to the circumstances of his strict solitary confinement and medical negligence.