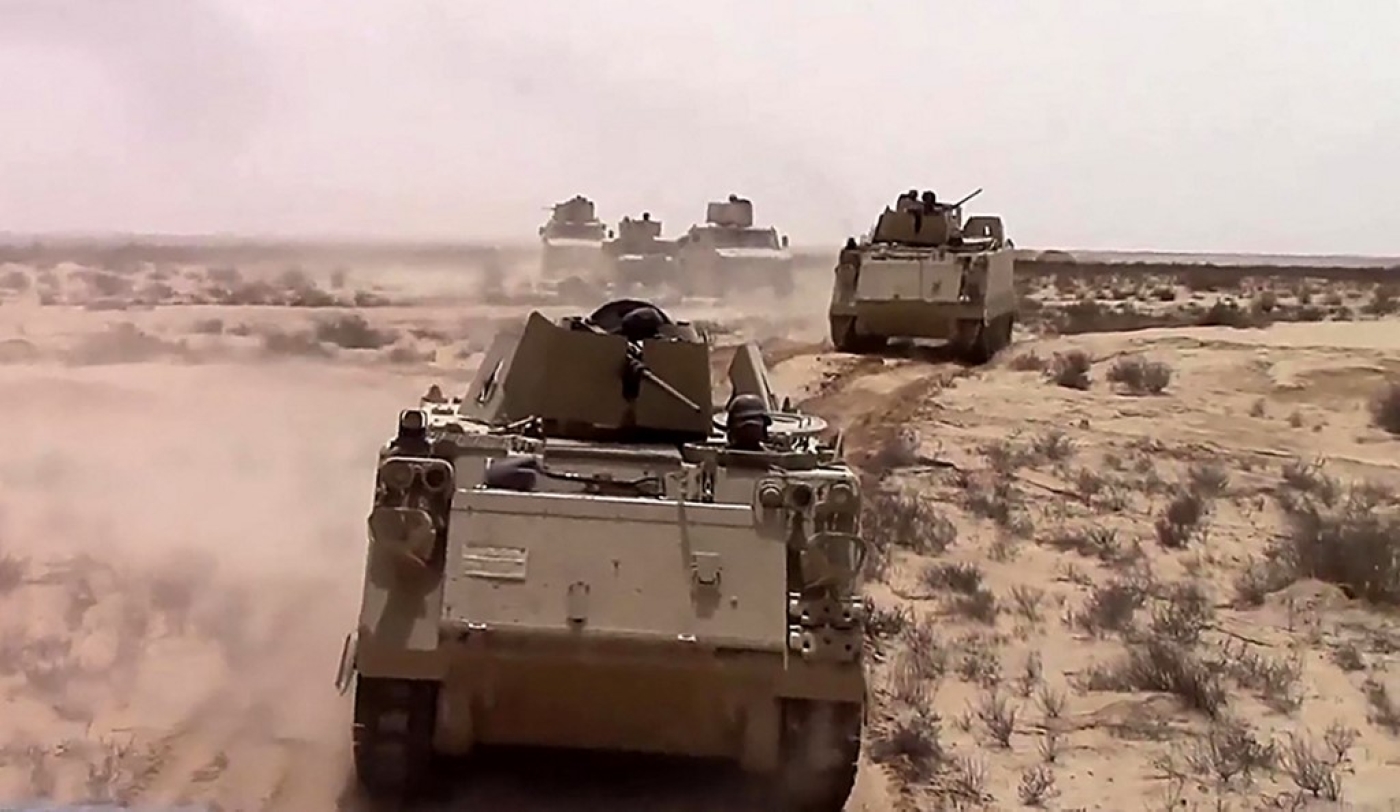 Egypt’s public prosecutor has been urged to investigate a "propaganda video" released by the Egyptian army on Sunday, which showed soldiers shooting unarmed men in the war-torn North Sinai region, in the country's north-east.

Amnesty International on Thursday called for a probe into “extrajudicial killings” carried out by Egyptian army soldiers on 1 August, including the shooting of a man sleeping in his tent.

The narrator of the video, posted on Facebook by the Egyptian army's spokesperson, announces the killing of 89 militants in North Sinai, as images of blurred, bloodied bodies are edited together with clips of soldiers shooting.

The video "shows a soldier shooting a person at close range while asleep in a makeshift tent", as well as an "unarmed man pounded by bullets from above, as he is running in the desert", Amnesty said.

"The Egyptian Public Prosecutor must urgently investigate what appear to be extrajudicial executions," Amnesty said, calling for those responsible to face "justice in fair trials before civilian courts".

Egypt's armed forces have in the past published similar footage of the killing of alleged militants in Sinai, triggering condemnation from rights groups.

North Sinai residents have borne the brunt of the eight-year-long war in the region between Egypt's armed forces and the Sinai Province, the local branch of the Islamic State (IS) militant group.

Egypt declared war on the group following the military coup led by President Abdel Fattah el-Sisi in 2013, the former army general who ousted his democratically elected civilian predecessor Mohamed Morsi, though the army had been fighting militants there since 2011.

The conflict has been largely underreported due to a state-imposed restriction on journalists' access to the region. This has also complicated the ability of rights groups to document abuses. Fighting in the peninsula has killed and wounded thousands since 2013, when the army began large-scale operations as part of Sisi's "war on terror". Those killed include militants, civilians and Egyptian security forces.

Human Rights Watch (HRW) said in a 2019 report that Egyptian military and police forces have been responsible for the majority of abuses, which amount to "war crimes."

The group said that Egyptian authorities often count civilians among alleged militants killed in its Sinai campaign, and that more than 12,000 residents were arrested between 2013 and 2018.

The violent crackdown has forced thousands of the region’s residents to escape, with many of them forcibly evicted by the military. Many have also been killed by booby traps left by IS militants who previously occupied Sinai villages.

The combination of the army's clashes with IS and other military operations has left North Sinai littered with ghost towns, according to satellite images published by MEE in 2019, comparing the area before and after operations.

Middle East Eye reported in April that civilians have been used in the war as confidential informants for the Egyptian army. Many of those informants have complained that the army left them alone to face the backlash from militant groups, without any protection.

Many have been executed - their bodies often decapitated - or kidnapped by the militants, with almost no mention in local papers or military statements, and with no recognition or honouring of them to their families.

Seven current and former soldiers who spoke to MEE in 2019 said the war in Sinai has left them haunted and psychologically broken, as many of them join the battlefield ill-equipped and under-trained.

While IS militants are trained in guerilla and desert warfare and house-to-house combat, the bulk of Egypt's fighting forces are conscripts who have spent only 45 days in boot camp before going out into the field.

There is no official government tally for the casualties caused by the North Sinai war. According to HRW, at least 1,226 Egyptian army soldiers were killed between January 2014 and June 2018 in the region.