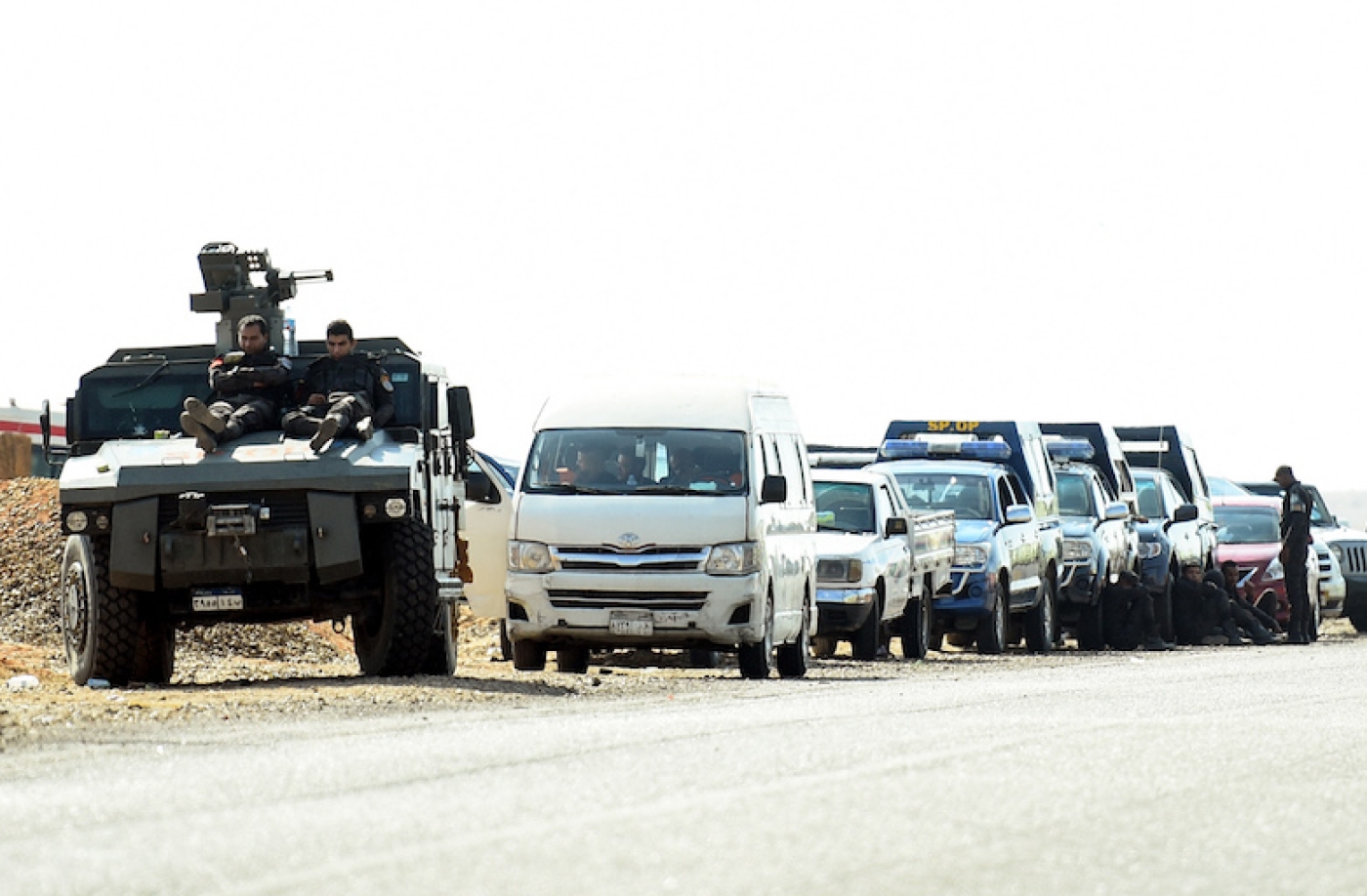 The US state department has added two Egyptian militant groups to its terror list, the US secretary state announced on Friday.

Rex Tillerson said that Hasm and Liwa al-Thawra, two groups responsible for attacks primarily on army personnel in Egypt, would be added along with a number of other groups, including Iran-backed organisations.

"These designations target key terrorist groups and leaders – including two sponsored and directed by Iran – who are threatening the stability of the Middle East, undermining the peace process, and attacking our allies Egypt and Israel," Tillerson said in a statement.

The Egyptian government has accused both Hasm and Liwa al-Thawra of being linked to the outlawed Muslim Brotherhood, and welcomed the move on Thursday, thanking the US for "practically supporting Egypt in its war against terrorism that threatens its development process".

The two groups were also proscribed by the UK on 22 December.

“We said we will not leave Egypt alone in the frontline in its battle against terrorism and we meant it," said UK Ambassador to Egypt John Casson, following the decision.

Hasm, an Arabic acronym for the "Forearms of Egypt Movement," was formed in 2015, two years after the overthrow of the Muslim Brotherhood-backed president Mohamed Morsi in a military coup.

The group has claimed the responsibility for assassinating Egyptian National Security Agency officer Ibrahim Azzazy and attempting to kill Egypt’s former Grand Mufti Ali Gomaa. They also issued a threat to attack the US Embassy in Cairo in May 2017.

According to Romany Shaker of the Long War Journal, the ties between the two groups and the Muslim Brotherhood are "subject to debate," while the Brotherhood has publicly dissavowed the use of violence.

In December 2016, Brotherhood spokesperson Talaat Fahmi denied that there were links with such groups.

“The Brotherhood has no relation with any organization or individuals who shed blood,” he told told Anadolu Agency.

“The Brotherhood does not have any armed wing in Egypt."

Although its particular connections to other groups in Egypt have remained ambiguous, Hasm's attacks have stood in contrast to attacks by the Islamic State group and al-Qaeda linked organisations in that its targets have been army personnel and other state figures, rather than indiscriminate attacks on civilians.

Ideologically, the Terrorism Research and Analysis Consortium (TRAC) describe the group as a "a non-Salafi revolutionary jihadist group" in contrast to IS or al-Qaeda.

"In contrast with Islamic State (IS) in Egypt, the Hasm Movement’s propaganda de-prioritizes religion and emphasizes the group’s nationalist aims," wrote Michael Horton, senior analyst for Arabian affairs at the Jamestown Foundation.

"Its relatively moderate religious views and nationalistic focus, combined with a disciplined use of violence, may well represent the leading edge of a new kind of militancy in Egypt. Militancy that specifically targets what some see as a corrupt and unresponsive government may well flourish in post-Arab Spring Egypt."

For their part, Liwa al-Thawra has claimed responsibility for killing Egyptian army general Adel Ragaei, who commanded the Egypt’s Ninth Armored Division, as well as a bomb attack outside a police training centre in the city of Tanta.

Adel Ragaei's division had been responsible for destroying smuggling tunnels between Sinai and the Gaza Strip, which is controlled by Hamas, which has historic Brotherhood ties.

Liwa al-Thawra (Revolutionary Brigade) was formed in 2016, a move that was welcomed publicly by Hasm.

Ahmed Ban, a former member of the Muslim Brotherhood and frequent commentator in Egyptian media, noted that Liwa al-Thawra also tended to emphasise non-religious terminology in their statements.

“The use of secular slogans and concepts in [Liwa al-Thawra’s] statements like ‘the nation is the source’ directly contradicts strict conservative jihadist ideologies, which call for [the establishing of a trans-national] Islamic caliphate,” Ban told Ahram Online.

“They do not share that same Salafist Jihadist ideology because they still have that Muslim Brotherhood ideological background,” Ban said.

However, he also emphasised that both groups were "no longer considered part of the Muslim Brotherhood."