Egyptian President Abdel Fattah al-Sisi has threatened "measures" against anyone who attempted to disrupt the upcoming presidential elections in Egypt.

Speaking on Wednesday evening, Sisi denounced saboteurs while not directly mentioning a boycott of the election announced by opposition activists on Tuesday.

“There will be other measures against anyone who believes he can mess with (Egypt’s) security... I fear no one but God,” he said.

“Whoever wants to mess with Egypt’s security and wreck it must get rid of me first because by God Almighty I will not allow it. I would die so that 100 million can live."

Sisi warned that there would be no repeat of the 2011 uprising which saw former president Hosni Mubarak driven from power.

“Be warned, what happened seven or eight years ago will not be repeated. You seem not to know me well enough. No, by God, the price of Egypt’s stability and security is my life and the life of the army,” he said.

“I am not a politician who just talks.”

Be warned, what happened seven or eight years ago will not be repeated. I am not a politician who just talks

Branding the poll a "charade", a coalition of eight parties and 150 public figures announced a boycott campaign under the slogan "Stay at home" ahead of voting on 26-28 March.

"No to participation in this charade," said Hamdeen Sabbahi, a presidential candidate in 2012 and 2014.

At a news conference held by the coalition, founded in December and describing itself as a democratic civic movement, Sabbahi asked: "How can we speak of an election when there is no guarantee of a free vote?"

Sabbahi accused President Sisi's government of having "led the country into a deadlock because of his arrogance and his desire to suppress any contrary opinion".

Khaled Dawoud, another boycotter, said they would not be cowed by threats.

“No one can prevent a repeat of the January (2011) revolution if oppression continues,” Dawoud told AP.

“We are not inventing the wheel here; justice and respect for the law and are the basis of governance and the conditions for the continuation of any state. Egyptians are not afraid to demand their rights.”

The next year Sisi stormed to victory in the presidential election after security forces crushed all his Islamist and liberal opponents and sent hundreds of them to prison.

Sisi silenced all forms of political opposition during his first four-year term.

Ahead of the March election, all potential presidential contenders have either been hobbled or have thrown in the towel, claiming the entire process was rigged.

Only one candidate has come forward - the head of Egypt's liberal Ghad party, Mussa Mustapha Mussa, who backs Sisi.

Egypt's National Election Authority announced on Tuesday evening that it has validated the candidacy of Sisi and Mussa after they "met the legal requirements". 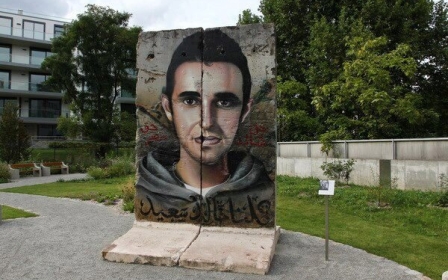