Egyptian authorities have released a Sudanese student detained during a crackdown on protests against President Abdel Fattah al-Sisi, Sudan's embassy in Cairo said.

Waleed Abdulrahman Hassan, 22, was one of more than 2,000 people detained by Egyptian security forces late last month, standing accused of participating in protests in Cairo's Tahrir Square against Sisi's rule.

Demonstrations across Egypt erupted on 20 September, sparked by whistleblower Mohamed Ali's allegations of high-level corruption while many Egyptians suffer from poverty under stringent austerity measures.

The Sisi government has tried to dismiss the protests by blaming them on foreign intervention and the now-banned Muslim Brotherhood.

Hassan was specifically accused of being involved in a conspiracy against the Egyptian constitutional system - a charge that can carry the death penalty.

Hassan's family had submitted a petition to the Sudanese Ministry of Foreign Affairs calling for it to intervene in the case.

On Sunday, Sudan summoned Cairo's envoy to Khartoum to protest against Hassan's arrest, and late Wednesday it announced that he had been freed. 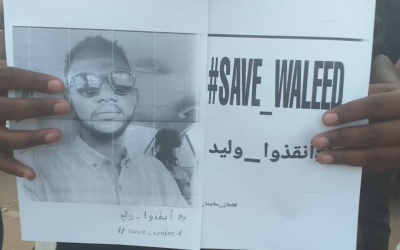 "Tonight he will leave Cairo for Khartoum."

Hassan's detention prompted thousands of Sudanese pro-democracy protesters to organise marches in the residential areas of Khartoum and launch a social media campaign calling on Egyptian authorities to release him immediately.

Dozens of Sudanese demonstrators staged a rally outside the foreign ministry in Khartoum on Sunday, calling for the release of Hassan.

Sisi was elected president in 2014, a year after overthrowing his predecessor Mohamed Morsi in a coup, and has been accused of being one of the most authoritarian leaders in the Middle East.

In Sudan, a months-long protest movement led to the military ousting the country's long-time ruler Omar al-Bashir in April. 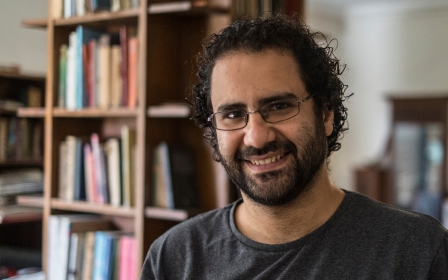