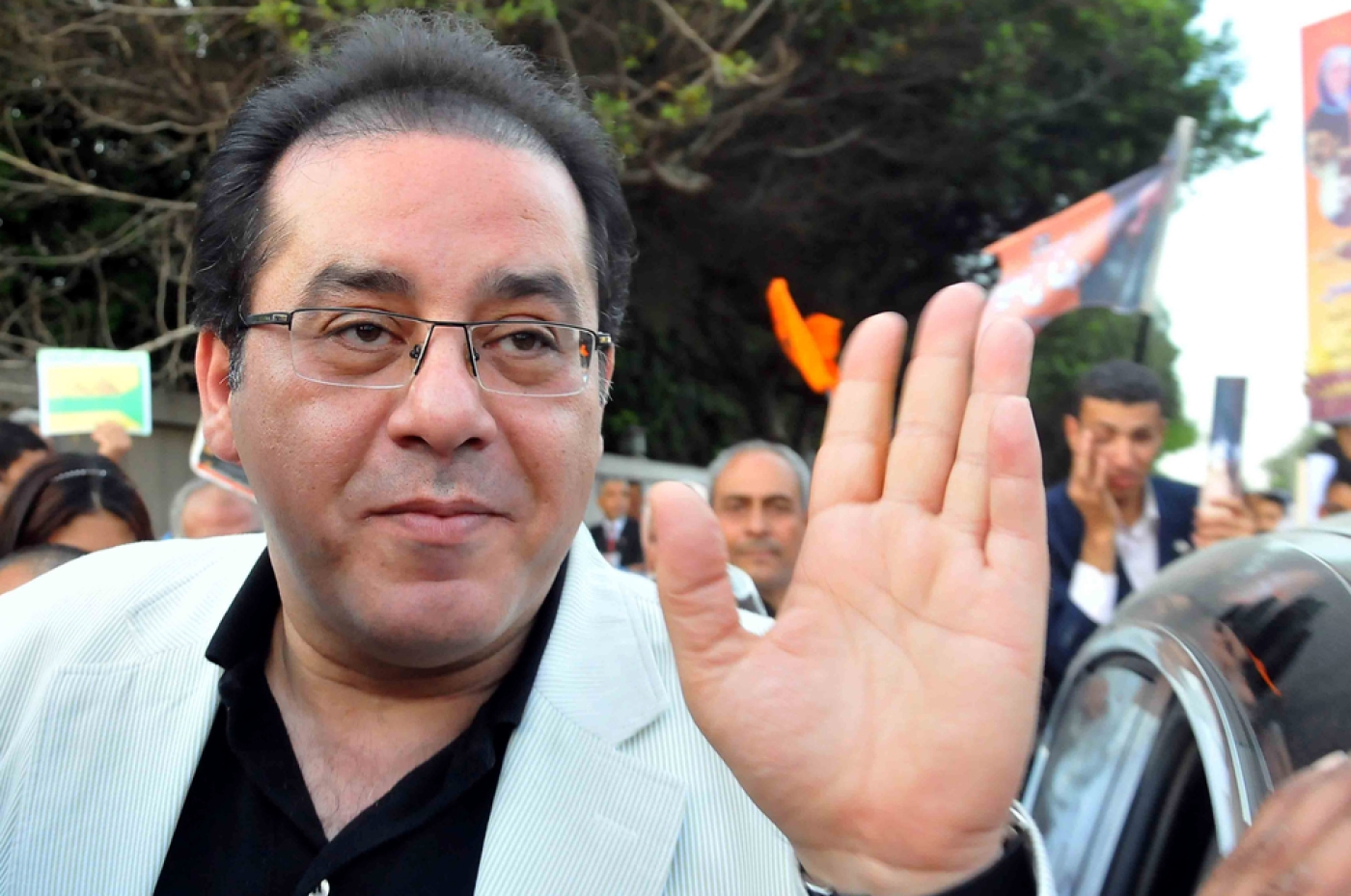 ISTANBUL, Turkey – Egyptian opposition figures and parties are uniting in the face of increased state repression during “a crucial year” for the future of the country’s democracy, one of Egypt’s leading opposition politicians has said.

Ayman Nour, leader of the liberal Ghad El Thawra party, told Middle East Eye that Egyptian President Abdel Fattah al-Sisi's leadership had been a total failure, except on one point.

“The only thing he [Sisi] has managed to do is unite the entire Egyptian opposition, which is as diverse as possible,” said Nour in an extensive interview conducted earlier this month.

The fact that Nour is now the chairman of the executive board of the Istanbul-based Egyptian Al-Sharq television station, known for its sympathetic leanings toward the Muslim Brotherhood, is an indicator that a previously fragmented opposition is now closing ranks.

Nour, who took up the position seven months ago, insisted that Al-Sharq was not affiliated with any one group, but was instead a channel representing the Egyptian people, opposition and revolutionary forces as a whole.

“We represent the liberals, the Muslim Brotherhood, and all other points of view,” he said. “I have held a financial stake in this channel right since it started operations in 2014.”

Yet, it is a loosely held secret that many media outlets loyal to the Muslim Brotherhood established bases in Turkey following the 2013 coup, which toppled the elected president, Mohamed Morsi.

Al-Sharq television counts as one of those channels, according to experts on Egyptian media. Managers at the channel said there is strong interest in their broadcasts within Egypt among all segments of society, but they were reluctant to reveal any information about the channel, including how many staff the station employs beyond saying it was “a sufficient number to run operations".

A savvy and veteran politician, Nour would not reveal the specifics of any cooperation between various opposition groups. He is, however, keen to emphasise that the Egyptian opposition has learned the importance of uniting in the face of the crackdown by Sisi's government on dissenting voices.

“Yes, we are all now cooperating and working toward a better future without Sisi. Everyone from liberals to the Brotherhood to everything else has realised that we have to work together,” he said.

Persecution at home and abroad

In 2005, Nour was the first politician to run against Hosni Mubarak, the former Egyptian president, and ended up being jailed for his troubles. Later, after the Sisi-led coup against president Mohamed Morsi in 2013, Nour travelled to Lebanon and stayed there until a tip-off from Lebanese intelligence forced him to flee.

“I had to travel to Turkey in July last year. A senior member of Lebanese intelligence informed me of a plot to assassinate me. I wasn’t given details of whether this was planned by the Sisi regime or not, but it isn’t that hard to guess,” he said.

“In any case, I had been told even before that I should make maximum security arrangements, including travelling in armoured vehicles. It isn’t nice.”

Even in Turkey, one of the most vocal opponents of the Sisi takeover along with Qatar, the harassment continued, he said, with the Sisi government refusing to renew Nour’s passport.

The threat of non-renewal had been made by Egyptian officials last year, but now with Nour’s passport actually expired, he and other opponents in a similar position face being made effectively stateless.

“It isn’t up to Sisi’s government to deny Egyptians their passports. I have sued in the past and intend to sue the Egyptian consulate in Istanbul and the Egyptian foreign ministry again,” he said. “Not that it will make a difference when the rule of law and justice is non-existent.”

The primary question that all the Egyptian opposition groups now need to tackle is how to get rid of the Sisi government, Nour said.

“Most importantly, we first need to decide whether he [Sisi] goes through another people’s revolution, another coup, or some other method. Even his own close circle has lost confidence in him and no longer backs him,” he said.

He warned all opposition parties against looking too far ahead and getting caught up in politics – for example, focusing on who should be the next leader - which he said would only serve to keep Sisi in power.

Nour believes that the Sisi government has been steadily losing credibility internationally even amongst its staunchest supporters like Saudi Arabia and the West.

“Contrary to appearances, all assistance and aid now is made with the Egyptian people in mind and not Sisi and his close circle. The West acted out of its own perceived interests and those of Israel mainly, but now even they see that their interest lies in a democratic, stable and free Egypt,” he said.

Nour said even the scheduled visit by Saudi King Salman Bin Abdel Aziz to Egypt this week, the second such visit by a Saudi monarch since Morsi was ousted, did not necessarily imply full and unconditional support for Sisi.

Nour is adamant that this year will bring vital and a major success for democracy in Egypt. He believes Egyptian democracy will only be strengthened and gain experience from being badly bruised in its infancy.

“I have full confidence that this will be a crucial year in our struggle for Egyptian democracy, and we will make huge strides for a free future,” he said. Media
Is the Egyptian media starting to hold Sisi to account?
Mohamad Elmasry