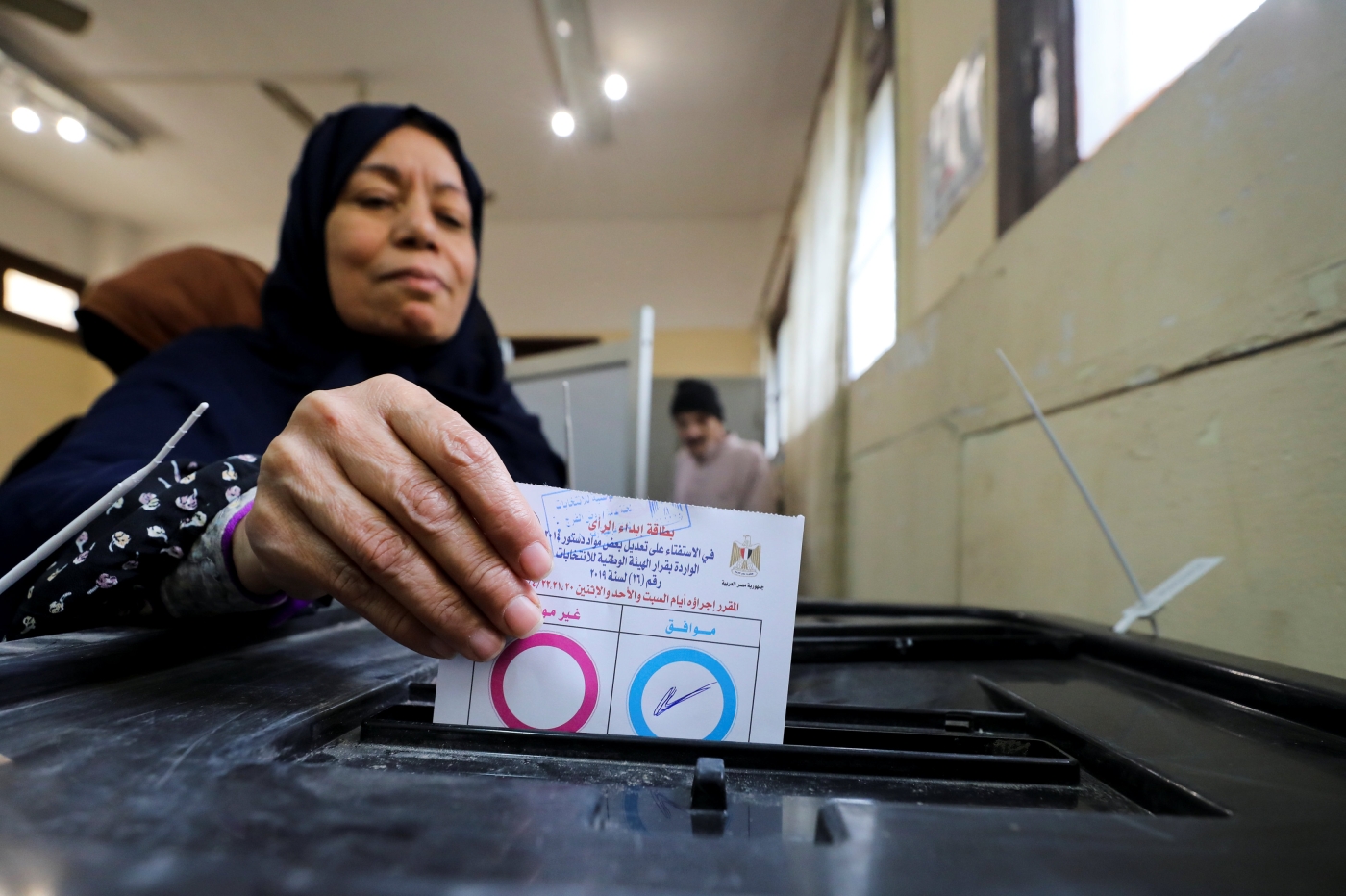 Egyptians have begun voting on Saturday on whether to potentially extend the rule of President Abdel Fattah el-Sisi until 2030 by approving a constitutional amendment that would increase the number of terms he can serve.

The amendments being voted on in the three-day referendum would also grant greater powers to Sisi over the judiciary, and hand the military more influence in politics.

While the changes are widely expected to pass, observers say the size of the turnout will be watched as a test of Sisi's popularity, which has been dented by economic austerity measures since 2016.

A Middle East Eye correspondent in Cairo said they witnessed dozens of people being bussed to polling stations by authorities and handed bags of food in return for voting for the amendments. 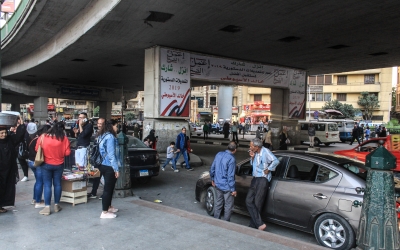 If approved, the amendments would extend Sisi's current term to six years from four and allow him to run again for a third six-year term in 2024.

But the changes have been criticised by human rights groups, and MEE reported in the run-up to the vote that shopkeepers said they have been coerced into hanging banners supporting the campaign.

A juice shop owner told MEE officials came to his store and ordered him to “hire a DJ and bring 50 people to the nearest polling station”.

“They said that the 50 should cheer and chant for the constitution for the three days, and that they have to stay there when the TV stations are shooting,” the shopkeeper said, adding that he will be voting against the referendum.

The state has blocked more than 34,000 websites in an attempt to restrict an opposition-led campaign that has been launched in an attempt to rally Egyptians against the amendments, which activists and rights groups say will only further enshrine military rule in the country.

"This has grave implications for prospects of democracy in Egypt in the medium term and makes it difficult for alternative political voices to contest power in the long term," she said.

Egypt's 596-member parliament, dominated by Sisi's supporters, approved the amendments on Tuesday, voting by 531 to 22 in favour.

Some 55 million of Egypt's nearly 100 million population are eligible to vote in the referendum, which will be held over three days. The result is expected in the days after Monday's final day of voting.

Sisi cast his own vote in the upmarket suburb of Heliopolis under heavy security provided by the army and police.

Opponents say the changes are being rushed through without proper public scrutiny. Officials say Egyptians from all walks of life were given a chance to debate the amendments, and that all views were factored into the final proposals.

"They are not giving us time to even organise a campaign to ask people to vote no," said Khaled Dawoud, a member of the opposition Civil Democratic Movement.

"This is the final deathblow after all the ambitions we had after the 2011 revolution," said Dawoud, referring to the uprising that ousted Hosni Mubarak after 30 years.

Former army chief Sisi came to power by removing the elected President Mohammed Morsi from power in a 2013 military coup, then running for president a year later.

Under Sisi, Egypt has witnessed a crackdown on dissent that rights groups say is unprecedented in its recent history. Media and social media are tightly controlled.

Taxi driver Essam backs the changes. "The country needs to be rebuilt. This referendum will give Sisi a chance to fix things," the 61-year-old, who did not give his family name, told the Reuters news agency.

Despite the banners urging Egyptians to participate in the referendum springing up in Cairo this month before the final version of the amendments was known or voted on by parliament, some people did not see the point.

"Vote? Vote for what?" asked a horse carriage driver sitting at a cafe in a working class Cairo neighbourhood.

"It won't make a difference," said the 67-year-old, who declined to give his name. "Leave it to God." 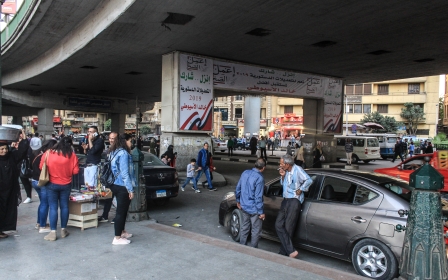 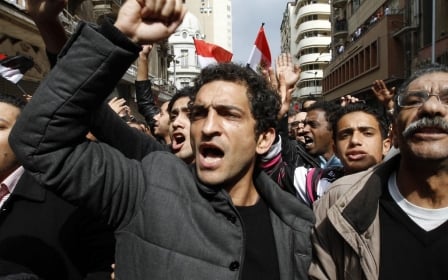 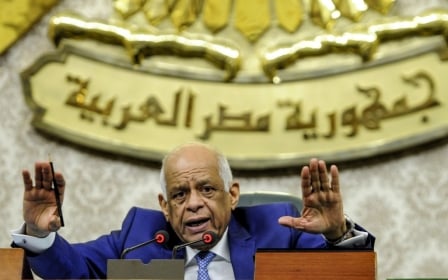