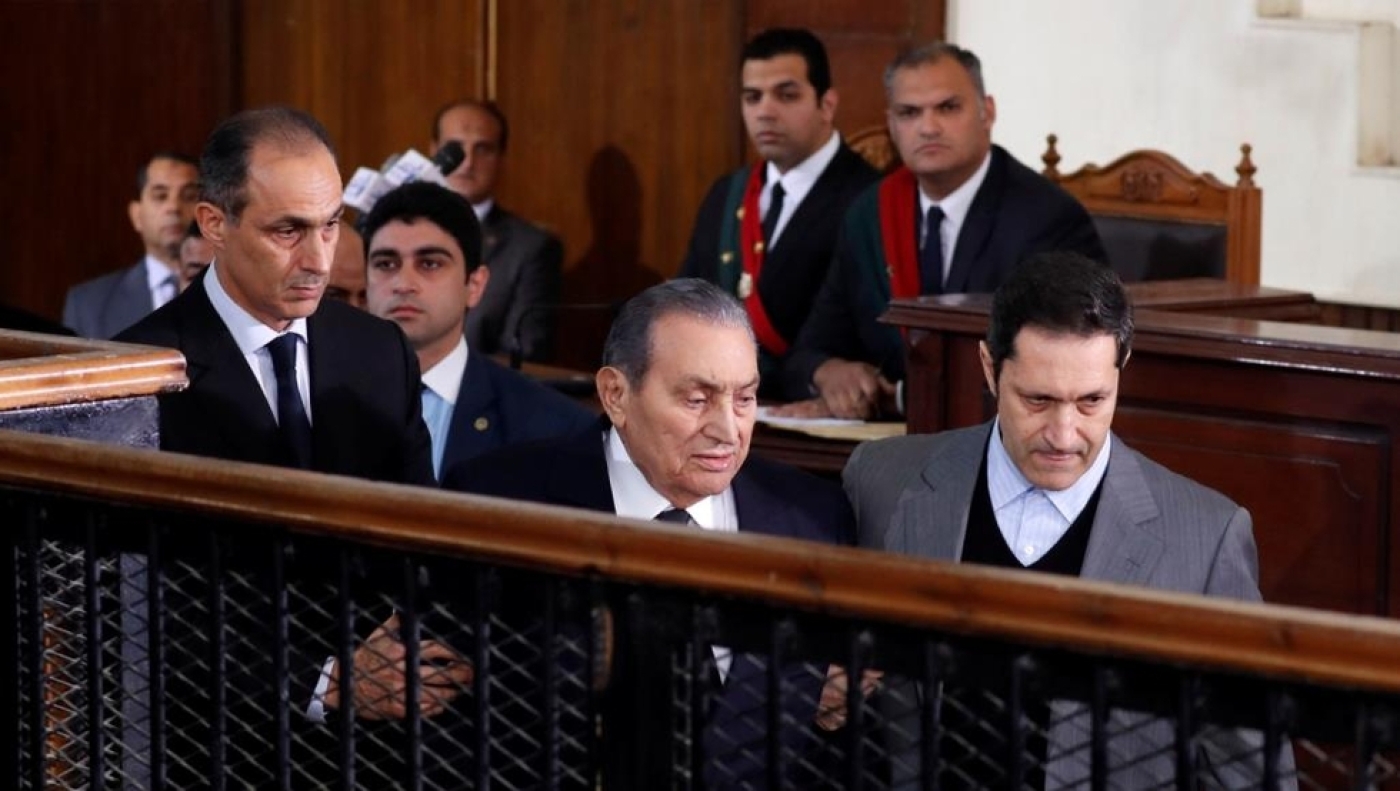 Egypt's former President Hosni Mubarak appeared in court on Wednesday to give testimony against the man elected as his successor, Mohammed Morsi, in a controversial case based on allegations of a complex conspiracy orchestrated during the 2011 revolution that ended Mubarak's rule.

The two former presidents sat in the same courtroom for the first time since the 2013 coup that saw Morsi himself ousted from power by now President Abdelfattah el-Sisi.

Morsi and 27 other Muslim Brotherhood leaders are facing a re-trial on accusations that they orchestrated a mass prison break with the help of Hamas, Hezbollah and Iran in January 2011, after a 2015 death sentence was overturned by Egypt's top appeals court.

The 90-year-old Mubarak declined to answer most questions related to the charges, citing the matter's sensitivity.

In his testimony, Mubarak said he received information from the then-intelligence chief Omar Sulaiman that 800 militants entered the country on 29 January using smuggling tunnels along the border with the Gaza Strip and were involved in prison breaks and violence in Cairo's Tahrir Square, the epicentre of the revolution.

Hosni Mubarak, who was responsible for the abduction, torture and deaths of thousands of Egyptians, is testifying in the prison break case of Mohamed Morsi - the country's first democratically elected leader. pic.twitter.com/Hxc0Ujhmvi

The international watchdog Human Rights Watch has condemned the trial against Morsi as “flawed” and “lacking due process.”

The rights group said the case was “politically motivated” and “based almost entirely on security officials’ testimony”.

Sisi served as head of military intelligence during the revolution but was later appointed by Morsi as defence minister in August 2012.

Mubarak was released from jail in March 2017 after an appeals court acquitted him of charges of killing protesters during the 2011 revolution against his 30-year autocratic rule.

His release sparked the anger of human rights activists and supporters of the revolution, thousands of whom are languishing in prisons as Egypt goes through what rights groups have described as the worst human rights crisis the country has witnessed in its modern history.

Morsi was sentenced to death and various jail terms totalling 48 years in five separate cases, on charges including espionage with Hamas, Hezbollah and Qatar, and insulting the judiciary. He is currently appealing all of the sentences against him.

During a rare visit by his family last September, Morsi said he would "never, ever recognise the coup" led by Sisi, "out of respect for the Egyptian people and their choices".

The 'prison break' case was adjourned till 6 January 2019. 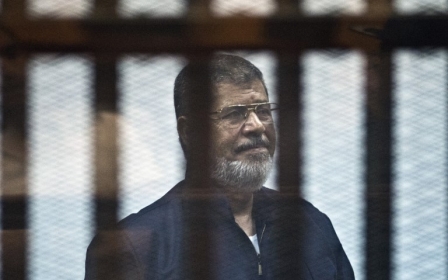