Observers concerned over the new electoral system, pointing out issues of representation and questioning the constitutionality of the law itself The new law divides the country into 237 constituencies for individual candidacy seats and another four for party list seats, the presidency said in a statement.

"The law guarantees a fair representation of voters... from all governorates in the people's assembly regardless of their population," presidential spokesman Alaa Yousef said in the statement.

The upcoming parliament will have a total of 567 seats, and will be split according to the type of representative standing. The vast majority will be reserved for independents, rather than party-affiliated candidates.

Independents will be allowed to stand in 420 seats, 120 will be designated for party-based ‎candidates, while 27 will be set aside for presidential ‎appointees, as stipulated by another electoral law, issued by former interim president Adly Mansour in June.

Electing a new parliament is a key step in a roadmap announced by the army after it ousted Mohamed Morsi, the country's first freely elected president, on 3 July 2013.

The Supreme Electoral Commission had recently said the date for the parliamentary polls will be fixed after a law finalising the constituencies was issued.

In November, Sisi had told a visiting US business delegation that parliamentary elections will be held before the end of March 2015.

Political observers have however raised concerns over the new electoral system, pointing out issues of representation and questioning the constitutionality of the law itself.

A panel of political commentators criticised the electoral law during a talk held at the Cairo Institute for Human Rights Studies (CIHRS) on Monday night, reported Daily News Egypt.

Deputy director of the Ahram Institute for Political and Strategic Studies, Amr Hisham Rabi, said that parties were absent from the law drafting process; a technical committee instead put the regulations together while ignoring party submissions.

“We submitted many recommendations to make the system more proportional, but they were rejected. Good alternatives that would safeguard the representation of minorities like women and Copts…the new system will be 100% majoritarian,” said Rabi.

Rabi said he had studied the new districts, and found that 16 of them will be less represented than in the previous parliament. He added that he also thought it was “strange” that some constituencies will elect more than one candidate, reported Daily News Egypt.

According to the law, from the 241 districts, 123 will elect two candidates, 84 will elect one, and the remaining 34 will elect three. Such designations mean that in some districts, a candidate may be able to win with around 100,000 votes, whereas in others up to 400,000 may be necessary, said Rabi, noting that this would contravene Article 102 of the Constitution, which guarantees the “fair representation of the population and governorates and equitable representation of voters”.

With 73% of seats reserved for non-party candidates, Rabi said: “It will be like a local council because of the independents. They will have no interest in politics, only in issues like new bridges and local services”.

Hossam Al-Kholy, spokesperson for the Al-Wafd Party had previously told Daily News Egypt that, “With so many seats reserved for individuals, it will stop a strong movement of political parties.”

With parties unable to develop into complex organisations, the bigger issues will be left to the executive (the President), and so parliament will become easier to control, he argued.

Spokesperson of the liberal Al-Dostour Party Khaled Dawoud said the law reflects a will on Al-Sisi and the government’s part not to have real democracy, reported Daily News Egypt.

“We’ve been ruled by one party since the 1950s. Like many parties, the Al-Dostour Party only started two years ago. With the restrictive regulations on the upcoming elections, the parliament won’t be different to 2010, we’ll see the return of the same faces,” he said.

Sisi, then army chief, ousted Morsi and announced a political roadmap that envisaged adopting a new constitution, to be followed by presidential and parliamentary elections.

While the new constitution was adopted in January 2014, the presidential election which Sisi won was held in May.

Egypt's first parliament after the 2011 uprising that toppled veteran autocrat Hosni Mubarak was dissolved after a court ruling in June 2012. 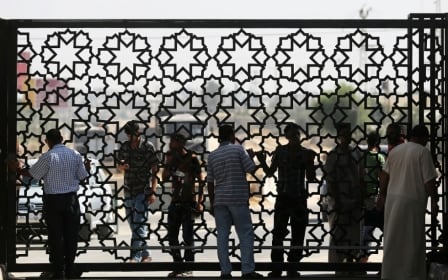