Monthly profits down four percent since inauguration of widened waterway, but head of canal authority blames 'campaign of distortion' Profits from Egypt’s Suez Canal fell significantly in September, in the first full month after the completion of a new mega-project designed to increase the site’s revenue-boosting capacity.

The Suez Canal Authority published its monthly report this week, finding that profits from shipping through the waterway were down by over four percent in September compared to the same period in 2014, falling from $469.7m in 2014 to $448.8m in 2015.

The statistics for September are the first full month of figures to be published since the inauguration in August of the New Suez Canal, a publicly-funded expansion of the historic waterway designed to increase shipping capacity and thereby revenues.

The project was officially opened to huge fanfare, with flypasts of military jets and an official state sermon telling Egyptians the canal expansion was a “victory from God”.

Officials including the chairman of the Suez Canal Authority, Mohab Mamish, estimated at the time that the expansion would double shipping revenues within a year.

Less than two weeks after the New Suez Canal was opened, Egyptian President Abdel Fattah al-Sisi claimed that the total $9bn cost of expanding the waterway had already been recouped.

The cost of the project was funded by ordinary Egyptians, who rushed to buy bond certificates to finance the expansion, even amid ongoing economic stagnation that has left many struggling with low wages and high living costs.

The expansion means the waterway can now carry 18 ships at any time, compared to 11 previously.

In response to the statistics showing a drop in profits despite the expansion, published on the Suez Canal Authority’s website and that of the Egyptian President’s Office, Mamish played down the figures.

Mamish, speaking on the sidelines of a conference organised by the Arab Women Investors Union on Tuesday, urged Egyptians “not to pay attention to what is being circulated”.

“There is a deliberate campaign of distortion against the canal projects.”

In later statements to the press, Mamish acknowledged a fall in profits, putting the drop down to a slowdown in the world economy and a decline in global demand for oil, one of the main commodities transported using the canal. 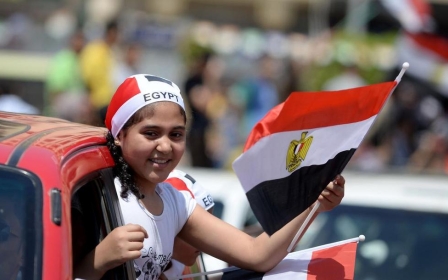 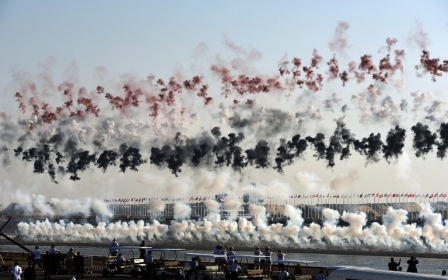