As part of the deal announced Monday, Russia will boost gas supplies to Turkey and possibly build a new pipeline along the Turkish-Greek border 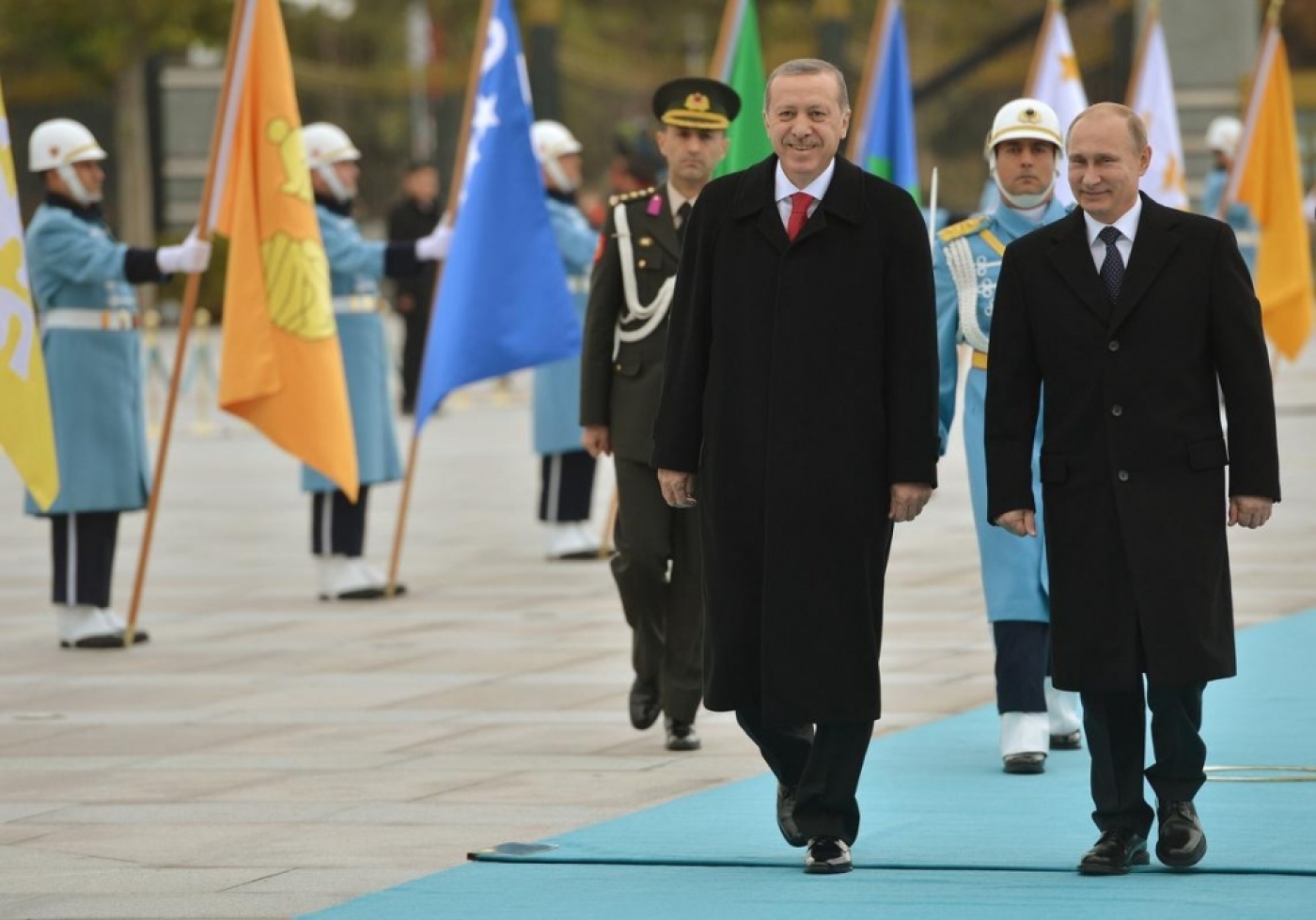 Following the meet, the pair announced a gas deal, which will see Russia boost gas supplies to Turkey, and possibly build a new Gazprom pipeline along the Turkish-Greek border. The line would replace the scrapped South Stream Gas pipeline that Moscow will now abandon as a result of EU sanctions, imposed over the crisis in Ukraine.

"We made an agreement aiming to satisfy the growing Turkish economy and soon we will increase supplies to another three billion cubic metres," Putin told reporters at a joint press conference after the meeting. "We considered a six percent discount on blue gas and further reductions in gas prices."

Approximately 60 percent of Turkey’s energy demands are supplied by natural gas flowing through Russian pipelines, making Turkey the second largest European importer of Russian gas after Germany. This winter, numbers are expected to reach 30 billion cubic metres, up from 26 million cubic metres in 2013.

The meeting between Erdogan and Putin is the first since Erdogan was voted in as president in August 2014, and comes despite ongoing tensions over Syria. While Erdogan has widely favoured the removal of Syrian President Bashar al-Assad, Putin has been a firm Assad ally and backed an Assad-led transition out of the crisis.

Turkey also opposed Russia’s annexation of Crimea earlier this year, and expressed Ukraine’s right to territorial integrity. Crimea used to be a province of the Ottoman Empire, and today is home to 280,000 Tartars, or 13 percent of Crimea’s population, who historically have been persecuted by Russia.

However, due to its dependency on Russian trade and energy, analysts believe that Turkey opted out of directly confronting Russia or adopting a stronger stance - a position that has helped it to grow market share in Russia.

Sanctions imposed on Russia by the west in the wake of the Ukraine crisis caused Moscow to hit back and ban some western food products. This opened the door for Turkey to step up exports, and helped Ankara move closer to its objective of increasing agricultural exports to Russia from $1.2 bn to $3 bn.

In a statement made to Turkey’s Anatolia news agency ahead of his visit, Putin shrugged off political differences and said that the two countries could continue to bolster relations.

“Naturally our positions on some issues may not be exactly the same or even differ,” he said. “This is natural for states carrying out an independent foreign policy.”

However, divisions were still present ahead of the visit. Yuri Ushakov, Putin's top foreign policy aide, told journalists on Friday that Syria would be discussed in "great detail” while Hasan Selim Ozertem, an analyst at the Ankara-based think tank USAK, said that the political differences would only be discussed briefly, with trade relations dominating the talks.

Turkey's trade volume with Russia has grown exponentially in the last decade, going up from $5 bn a year to $35 bn in December 2013. The two countries have set a target of almost tripling this to $100 bn by 2020 - a goal which is in line with Turkey's ambitions of emerging as a top ten global economy.

Following the meeting, Putin also announced that Turkey and Russia will be interested in setting up joint transport infrastructures, as well as working together in the high technology sector and boosting tourism.

Some four million Russian tourists currently flock to Turkey every year, while Turkish investments in Russia, primarily construction firms, are on the rise and estimated at around $50 mn. These firms played a key role in construction for the Sochi Olympic winter games.