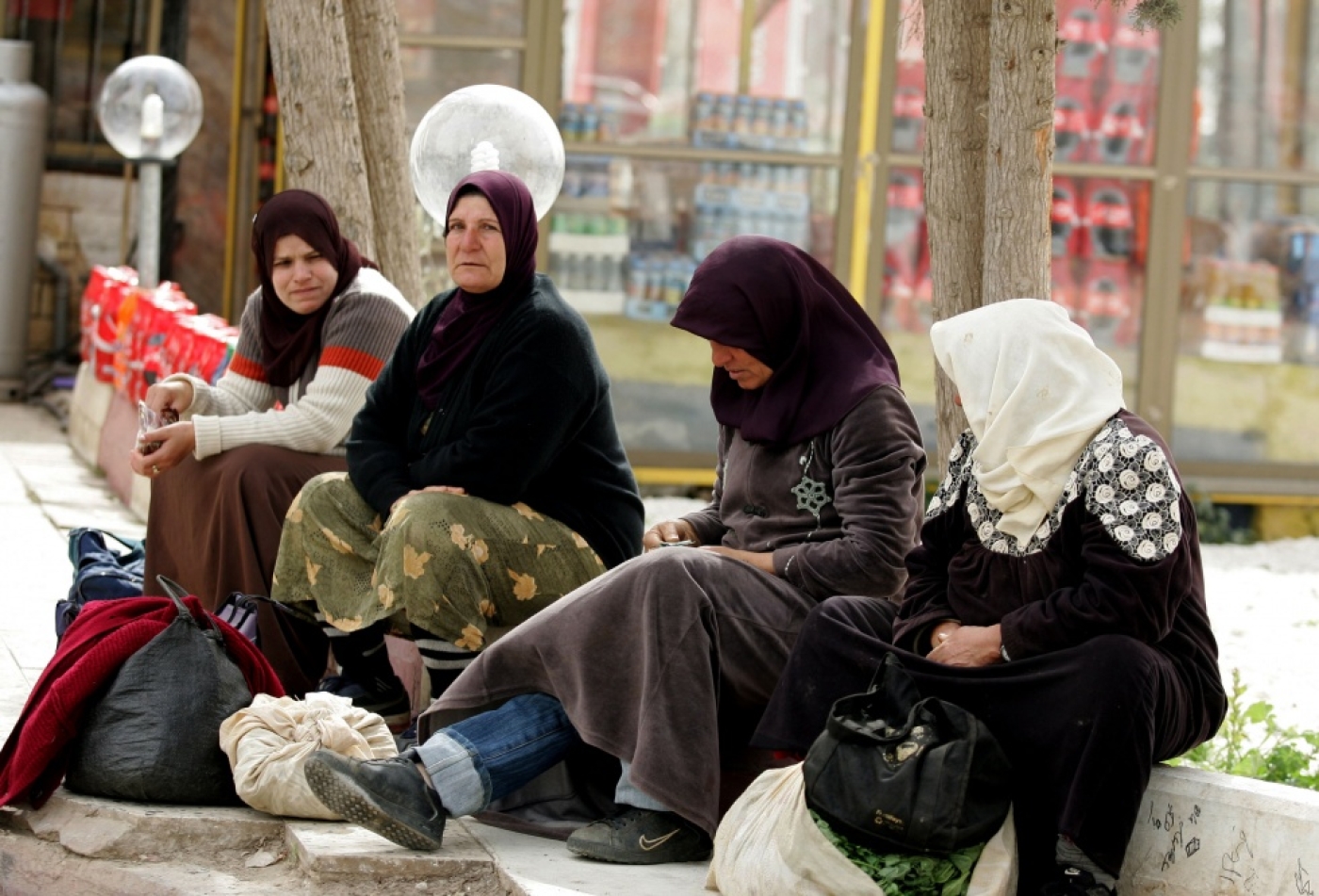 Palestinian women take a rest after crossing the Israeli Jalama checkpoint, near Jenin, as they return home to the West Bank after spending the day working in Israel on 8 March, 2013 (AFP)
By
MEE and agencies

Turkey is going to establish an organized industrial zone in the Palestinian city of Jenin in the West Bank, according to a memorandum of understanding co-signed on Wednesday.

"This will not only be an organized industrial zone, but a free zone as well, offering unique and massive advantages to all investors, whether they are Turkish, Palestinian or other," Ahmet Sekeroglu, Board Chairman of TOBB-BIS Inc., told the Anadolu Agency.

The zone is going to be constructed by TOBB-BIS Inc., an affiliate of the Union of Chambers and Commodity Exchanges of Turkey, better known as TOBB.

"Investors will not pay any taxes. Moreover, they will be getting significant support from Turkey, Germany and the US," Sekeroglu said.

The goods produced in the zone will be able to be exported to world markets including Germany, France, Saudi Arabia and the US without any duties or quotas, he said.

"The businesses will be insured by the World Bank, too," he added.

Turkish Industry Minister Isik said that the TOBB project will lead to co-operation between Turkey and Palestine towards building and operating further industrial zones across Palestine, as well as increasing corporate capacity.

"Within this framework, we will be sharing our know-how and 50 years of experience through training programs and workshops in Turkey," he said.

Another goal is to bring the legal framework and corporate capacity in Palestine to international standards, he added.

Palestine's Economy Minister Mostafa said that Palestine was in need of a strong economy to be totally independent.

"Palestine should be restructured and Palestinians should be provided adequate job opportunities, he said, adding that industrialization was significant in this regard.

"That's why we appreciate TOBB's support. Hopefully, our co-operation with the Turkish Ministry of Science, Industry and Technology will lead to further achievements and together we will develop Palestine's economy."

The Jenin Organized Industry Zone is going to be built on an area of 920,000 sqm, only 30 kilometers from Israel's Haifa Port and the Jordan-Palestine border, according to TOBB.

The project, which is expected to provide employment to 6,000 people, is also supported by the German government, and slated to be Turkey's 281st organized industrial zone.

The scheduled completion date is 2015.

Turkey is vocal supporter of Palestinians, and Ankara had recently sent $2.5 million worth of aid to Gaza, in addition to treating people from the strip in Turkish hospitals.