'When we speak out against the terrorist state of Israel we are called anti-Semite', says Turkey's Erdogan 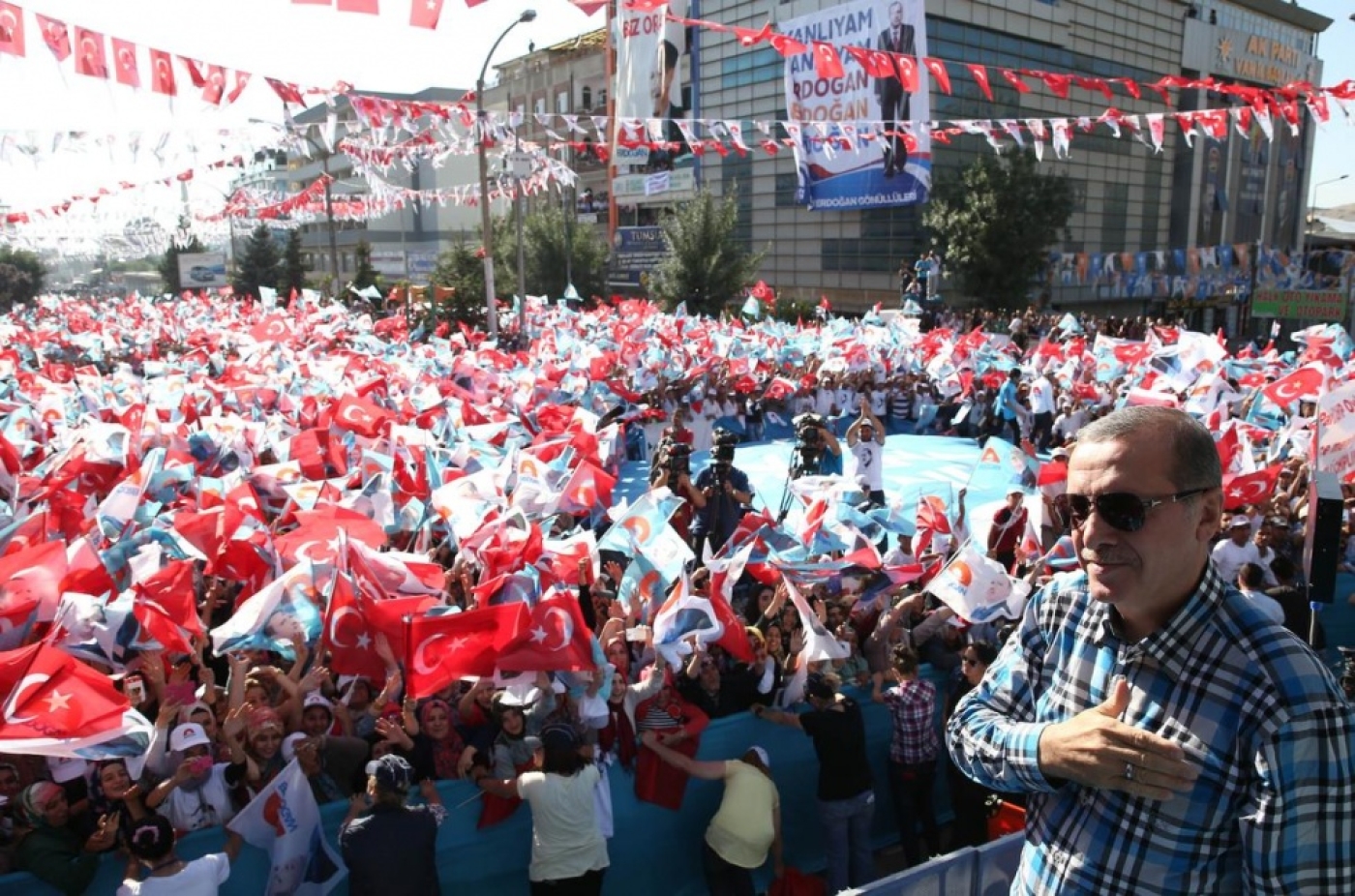 Turkish Prime Minister and Presidential Candidate Recep Tayyip Erdogan greets his supporters during a rally in Van, Turkey on July 31, 2014 (AFP)
By
MEE and agencies

Speaking at a mass rally in eastern Turkey to promote his candidacy in presidential elections, Erdogan said he was happy to give back an award that was bestowed upon him by an American Jewish Group in 2004.

The American Jewish Congress wants the decoration to be returned after Erdogan compared Israel to the German Third Reich.

"If you support this cruelty, this genocide, this Hitler-like fascism and child murderer regime, take your award back," Erdogan said at the election rally in the eastern province of Van.

"What is the difference between Israeli actions and those of the Nazis and Hitler?" he asked.

"How can you explain what the Israeli state has been doing in Gaza, Palestine, if not genocide?" he said.

Erdogan, who is a champion of Palestinian rights, has heightened his criticism of the Israeli military campaign in Gaza.

The premier dismissed accusations of anti-Semitism from pro-Israel groups, adding that the record of Turkey and himself on protecting Jews was irreproachable.

"Who stood up for Jews at a time when they were expelled from their home countries? It was our ancestors, it was the Ottomans," he said, referring to the sanctuary given to Jews expelled from Spain in the 15th century.

"Aren't you embarrassed? How immoral you are.... It is us who protects the Jews on our soil and lets them live safely."

"When Muslim children are being killed, the West deems it legal, but when we speak out against the terrorist state of Israel we are called anti-Semite. What kind of an injustice is that?" he asked.

There is little chance of Turkey and Israel normalising their relations, following the storming by Israel of a Turkish ship carrying aid to Gaza in 2010 that left 10 activists dead.

Erdogan said: "The children of Gaza could not celebrate Eid and were killed in a cowardly fashion by the Israeli state in schools, homes, mosques and anywhere they took shelter.

"The outcries of innocent Palestinian children -- which resounded throughout the skies and made angels cry -- killed by Israel will not remain unanswered." Gaza Under Attack
Turkey: no ties with Israel before end to Gaza war, siege