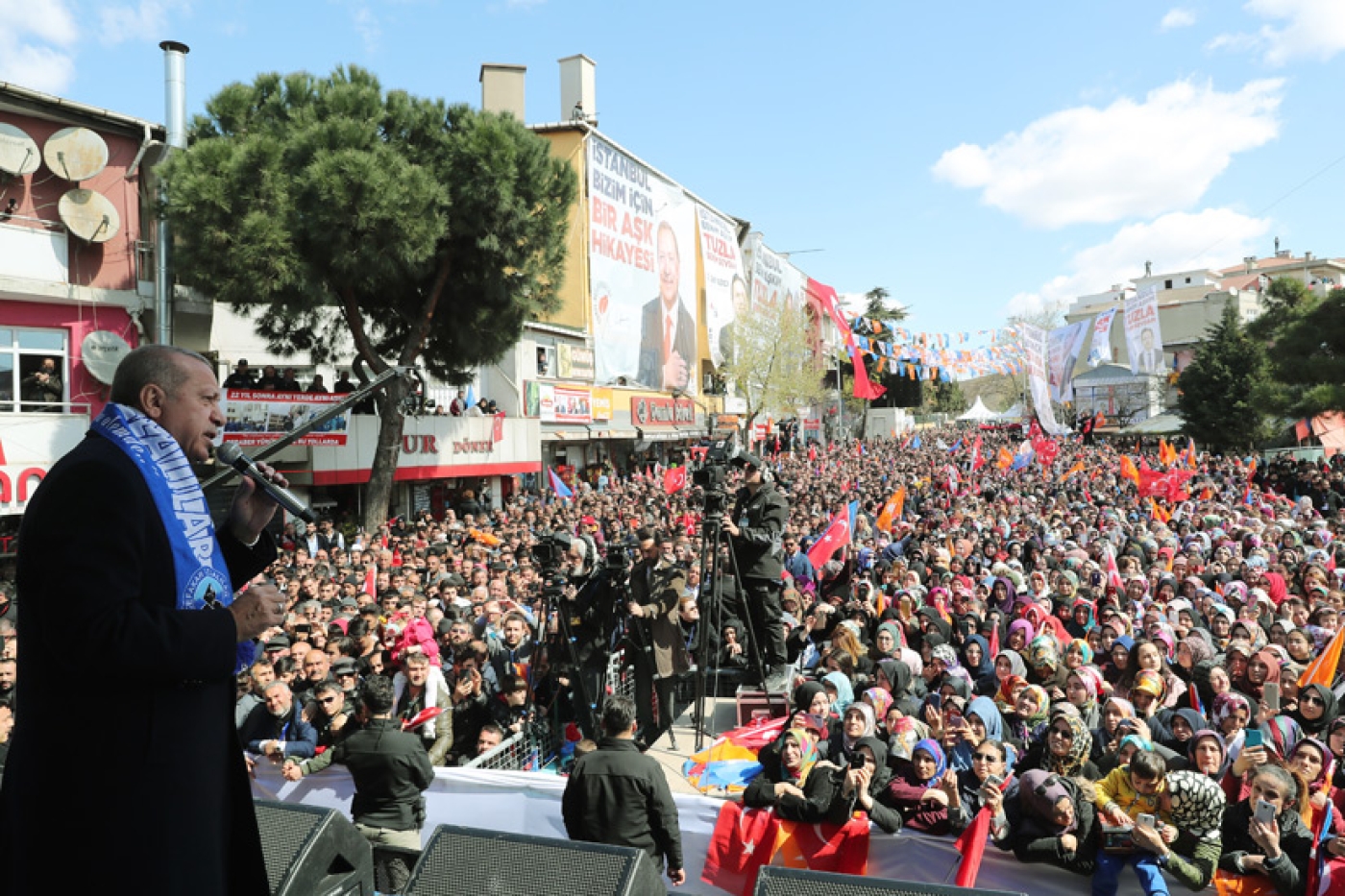 With less than two days to go before Turkey's municipal elections, President Recep Tayyip Erdogan has hit the campaign trail to bolster support for his Justice and Development Party (AKP) in Istanbul as polls show the tightest contest for the city in many decades.

Known for having a special liking for rallies where he talks directly to supporters, Erdogan is set to complete rallies in 24 districts before Sunday's elections. There are 39 districts in Istanbul.

On Friday alone, the president is holding eight separate rallies in Istanbul with six more scheduled for Saturday.

Ankara-based sources close to Erdogan say Istanbul has a special political significance to him. Originally rising to national (and international) prominence as mayor of the city between 1994 and 1998, losing the ancient city of more than 15 million people would have a major symbolic impact.

"If we lose Istanbul, we lose Turkey," Erdogan reportedly declared in 2017, after the constitutional referendum that moved Turkey to a presidential system. In a blow to Erdogan, 51.4 percent of Istanbul voters opposed the constitutional change.

[Erdogan] is aware of the problems. The polls aren't very positive'

A Turkish journalist who closely followed Erdogan at every election rally said that his campaigning this time around has been "more intensive than ever".

"He would hold rallies in each district in every election, but this time he will break a record," he said, asking not to be quoted by name.

"He is aware of the problems. The polls aren't very positive. That's why he had a superhuman campaign schedule across the nation."

Even though Erdogan received 50 percent of the votes cast in the 2018 presidential elections in Istanbul, this time he and his candidate to be the city's mayor, former prime minister Binali Yildirim, are facing the voters during an economic recession, with high inflation driving up food prices.

Speaking on Friday, Erdogan used an unusually soft tone in his addresses.

"Please no resentment, no anger. I call on the AKP grassroots, we should stand firm," he said.

Yildirim is the joint candidate of the AKP and the far-right Nationalist Movement Party (MHP).

Both Imamoglu and Yildirim have held small leads in the polls since the beginning of March, within the margin of error. A poll released by the ADA company conducted between 10 and 18 March showed a 0.8 lead for Imamoglu, while a poll by Gezici between 16 and 17 March gave Yildirim a 0.7 lead.

Erdogan, on the other hand, says he doesn't believe any polls even though this time his party worked with prominent as well as newer research companies.

"[The crowds in] squares are the best poll for me," he said last week.