Has Erdogan's partnership with Putin on Syria come to an end? 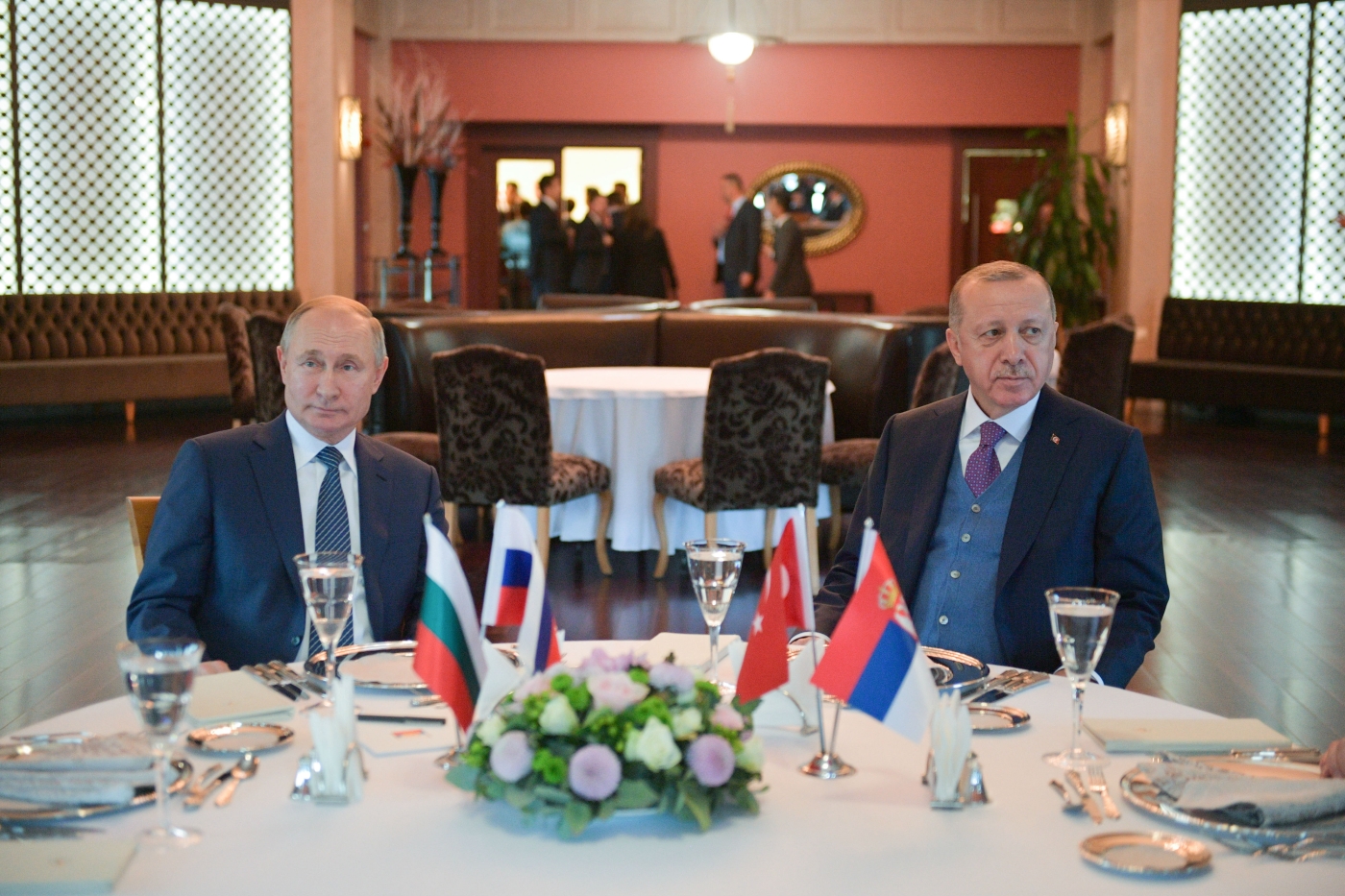 For months, Turkish President Recep Tayyip Erdogan has been relatively silent or evasive over Russia's role in the humanitarian catastrophe playing out in northern Syria's Idlib province, even when directly challenged.

If pushed, he would repeatedly say that his trust in his personal rapport with President Vladimir Putin would resolve any problem on the ground.

Pro-government Turkish media, too, would downplay the Russian air force’s role in the bombings that have targeted civilian infrastructure such as hospitals, bakeries and homes in Syria's last opposition redoubt.

“Russia unfortunately isn’t loyal to Astana or Sochi,” he told journalists in reference to de-escalation agreements made in the two cities. 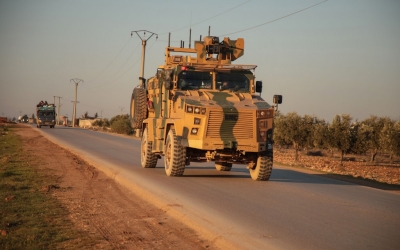 “There is no Astana process anymore. We are losing our patience in Idlib. [Russia] either stops the bombings in Idlib or we will take the necessary [steps].”

To many in Ankara, the statement itself was an indication that Turkey cannot tolerate further Russian attacks on the area holding some three million desperate Syrians.

Since Syrian government forces, backed by Russian air power, began the latest offensive on Idlib in December, some 390,000 people have fled towards the Turkish border, according to the UN.

Turkish officials have held numerous meetings with their Russian colleagues to stop the carnage. Some have yielded ceasefire declarations, though they proved fragile, with Moscow's Syrian government ally breaking them before long.

“We would always know that Russia wouldn’t uphold the ceasefires,” a Turkish official familiar with the issue told Middle East Eye.

“But at the least, Russia would stop the attacks for a week or two for the pretence. Now, they declare a ceasefire on Monday and continue their attacks on Wednesday.”

In what appears an attempt to ease tensions and solidify the latest ceasefire in Idlib, earlier this month Turkish officials acknowledged that a high-level meeting between intelligence chief Hakan Fidan and his Syrian counterpart, Ali Mamlouk, took place in Moscow.

Rebel-backer Turkey and the Syrian government have had non-existent relations ever since Ankara came out in support of Syria's opposition as the war erupted in 2011.

Recently, however, Damascus has been seeking high-level engagement between the two governments, and the Fidan-Mamlouk talks were evidence of a growing acknowledgment that the two countries will likely have to begin working together.

Yet the Moscow meeting didn’t help improve the Idlib situation either.

On Wednesday, the Syrian army seized the iconic rebel town of Maaret al-Numan, and its forces have begun surrounding a third Turkish observation post in the vicinity.

'They strategically and purposefully hit everything from hospitals to schools. They create a total destruction. People flee and they take over ghost towns'

According to Turkish officials, a lack of manpower has prompted pro-Syrian government forces to use merciless tactics to capture territory.

“They strategically and purposefully hit everything from hospitals to schools,” a second Turkish official said. “They create total destruction. People flee and they take over ghost towns.”

“We won’t abandon them," the official said. “We will defend them if an attack occurs.”

However, the problems with Russia aren't limited to Idlib.

Further to the east, Moscow is also ignoring an agreement that is supposed to see Russia ensure that the Syrian Democratic Forces, a Kurdish-led militia Ankara considers a terrorist group, is kept at least 30km from the Turkish border.

“They only replaced border guards with Assad's forces. That’s it,” a third Turkish official said. “Russians don’t even call on them to withdraw. They are in Kobane, in Manbij, they are still everywhere.”

Turkey, which already hosts some 3.5 million Syrian refugees, is terrified of a new influx fleeing an assault on Idlib. Experts believe, however, that Turkey doesn’t have many options to prevent such a crisis, other than trying to reach a temporary settlement in which Ankara would tolerate the loss of territory in Idlib below the strategic M4 and M5 highways.

Turkish Defence Minister Hulusi Akar last week told media that a "safe zone" was the only solution to end the killing of civilians in Idlib.

“Turkey could create a safe zone for fleeing civilians by dividing Idlib into north and south zones with a limited Turkish military presence,” said Bilgehan Ozturk, an analyst specialising in Russian affairs at the Ankara-based think tank SETA.

“You could exclude radical groups out of this zone and continue to build briquette [temporary] houses to shelter civilians." 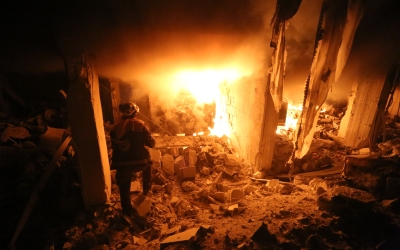 Turkey is already building over 25,000 briquette houses in Idlib, and Erdogan announced earlier this week that Germany had promised to contribute €25m ($27.5m) to aid that development.

Losing control of the M4 and M5 highways' northern stretches would negatively affect Turkey, however, as it would put access to the Turkish-held territory around Afrin at risk.

Ozturk believes Russia has so far given Assad's forces whatever help they needed in Idlib, and that situation likely would not stop until all rebel territory is seized. Turkish officials, too, believe that a safe zone would still need Moscow’s consent, because the airspace is only controlled by the Russians.

Anton Mardasov, a military affairs expert at the Russian International Affairs Council, believes Russia understands the need to create a buffer zone, but it also knows that it currently has the upper hand, with Ankara having little leverage, and is reticent to change that equation.

A buffer zone in northern Idlib could not only stabilise the situation, but perhaps even allow for the return of refugees from Turkey to Syria.

“Moscow fears that the return of refugees to buffer zones would strengthen the position of the rebels, who, while maintaining the support of Turkey and, for example, European players, will remain completely autonomous from Damascus,” Mardasov told MEE.

Meanwhile, Turkey has been transferring heavy weaponry to the Syrian opposition and deploying reinforcements from the Turkey-backed Syrian National Army rebel grouping to the Idlib front, according to a Turkish source.

On Thursday, the Turkish National Security Council said that the government was going to take extra measures to protect civilian lives in Idlib.

On Friday, Erdogan even suggested that the Turkish military could conduct a comprehensive military operation in Idlib against Syrian government forces if they did not stop their attacks.

"We will be left no choice but to do it. We won't allow the regime to threaten our country with a refugee threat by oppressing and attacking its own people and shedding blood," he said.

Were a refugee crisis to emerge, Russia is relaxed about the effect that would have on its relations with Turkey, Ozturk said.

“A refugee crisis will worsen Turkey’s relationships with its Nato allies and eventually serve Russian interests,” he said. “Turkish-Russian relations would continue in a compartmentalised way, in strategic areas such as energy.” 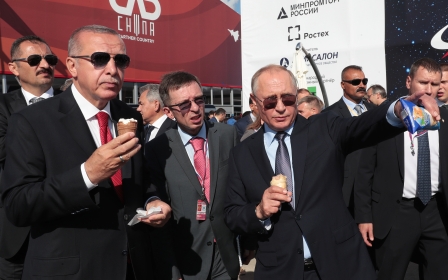 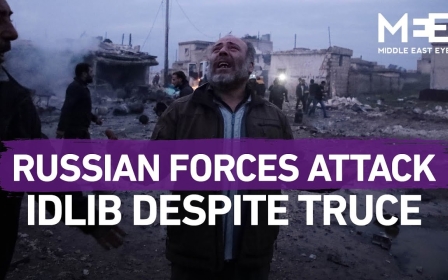 Syria War
“What did this child do?” At least 23 killed by Russian attack in northwest Syria 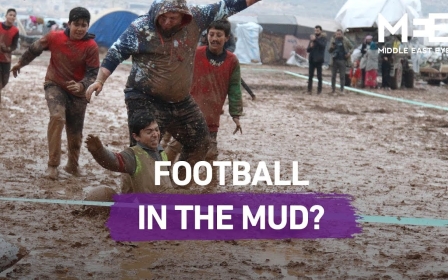