Campaigners blame rising migrant deaths in the Mediterranean on EU asylum policy, which has seen land borders sealed off 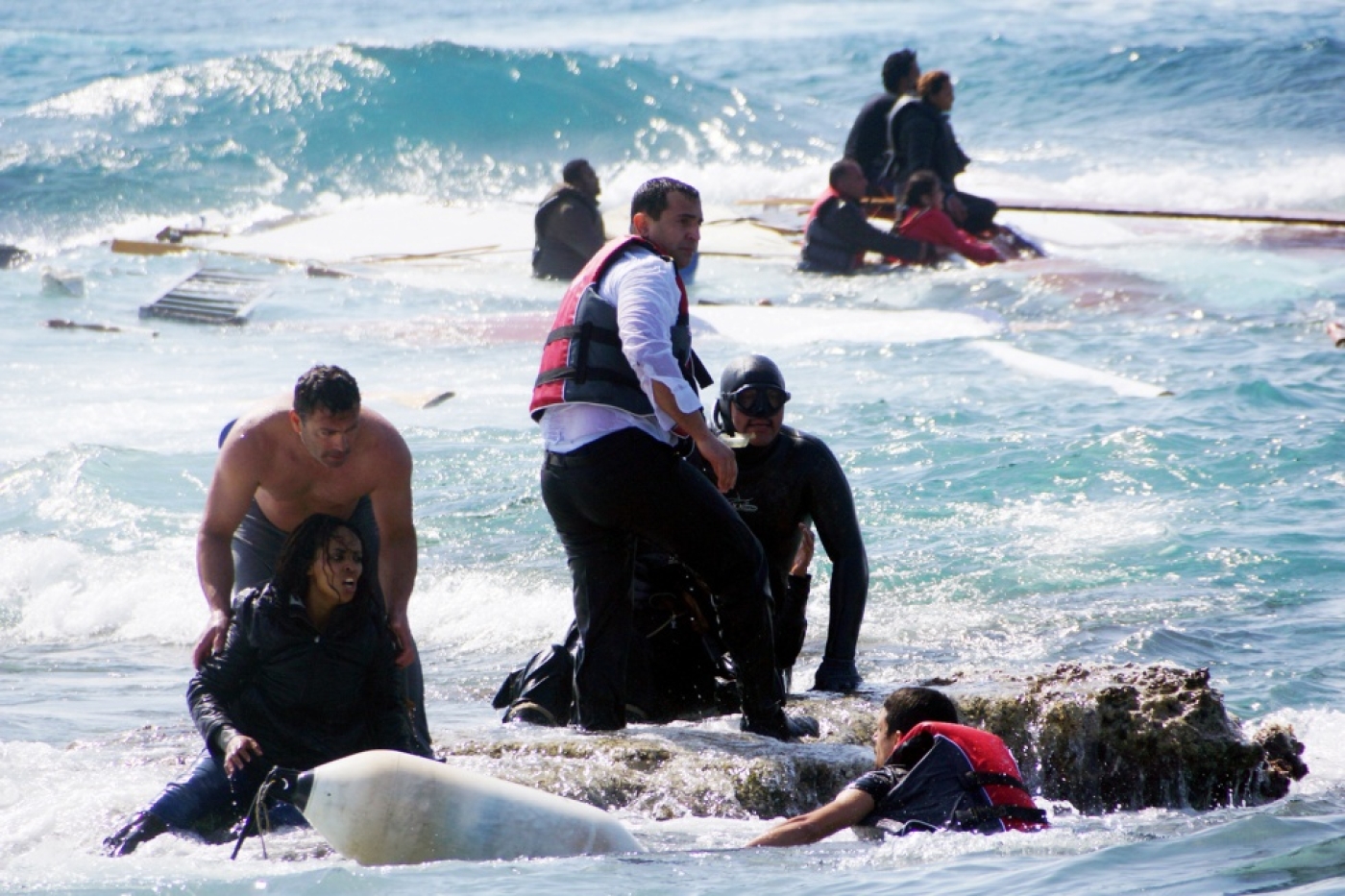 Bodies continued to wash onto Italian shores on Monday after a deadly weekend which saw at least 800 people – including women and children – drown off the coast of Italy as they tried to make the crossing into Europe in search of a better life.

On Monday fresh rounds of migrants attempted the trip - at least people 20 drowned, with some 300 others left clinging to debris waiting for rescue ships to be scrambled from shore.

The latest tragedies come on the back of a string of similar incidents. More than 1,600 people are feared to have been killed so far this year attempting to cross the Mediterranean into Europe.

The numbers represent more than a 50-fold increase when compared to the same period last year - but the problem is only expected to get worse over the coming months as the warmer weather encourages waves of new arrivals.

The sharp spike in migrant deaths has now prompted a crisis in the European Union, with rights groups calling to question the legality and morality of the EU’s response.

European foreign ministers on Monday held an emergency meeting in Luxembourg to discuss a joint approach to the rising numbers of deaths on their borders.

A follow-up session is scheduled for Thursday, after European leaders drew up a 10-point action plan to curb human trafficking in the Mediterranean.

The plan includes measures to strengthen the much-criticised current sea rescue programme, as well as to give the EU a military mandate to destroy the boats of people traffickers.

Many of the 10 action points are geared towards engaging with non-EU member states to curb migrant departures, as well as the processing and return of migrants who fail to meet the strict requirements to gain asylum in a European country.

In the wake of the meeting, the UN's human rights chief issued a strongly-worded statement, accusing the EU of "a failure of governance accompanied by a monumental failure of compassion".

"Let's put a halt to the indifference that is turning the Mediterranean into a vast graveyard," Zein Raad Al Hussein said on Monday.

Save the Children on Monday blamed EU foreign ministers for dithering while “children drown,” ahead of Thursday's second emergency meeting.

“What we needed from EU foreign ministers today was life-saving action, but they dithered. The emergency summit on Thursday is now a matter of life and death,” the charity’s CEO Justin Forsyth said in a statement.

“With each day we delay we lose more innocent lives and Europe slips further into an immoral abyss. Right now, people desperately seeking a better life are drowning in politics. We have to restart the rescue - and now.”

Amnesty International has also lashed out, saying that the official response so far had been inadequate and warning that a “humanitarian and human rights tragedy [was happening] at Europe’s doorstep”.

Amnesty’s director of EU programmes Iverna McGowan told MEE that European leaders must avoid “surrendering to the politics of fear and scapegoating,” pointing to a wider system of asylum policies that squeeze land migration routes into Europe and lead to increased usage of the risky sea route.

“Land borders have been sealed off in Spain and Eastern Europe – this effectively forces the migratory flows across the Mediterranean.

The willingness of the EU to act, however, remains in doubt. After the ministerial meeting Fabrice Leggeri, the head of Frontex (the EU agency coordinating European border management), warned in a statement that the EU must send back all economic migrants and work to stop economic migration completely.

The Mediterranean is by far the world’s most dangerous migrant crossing. The International Organisation for Migration (IOM), which collects data on migrant deaths worldwide, found that more than 3,200 people died trying to cross the Mediterranean in 2014, compared to 540 in the Bay of Bengal, the next deadliest crossing. The shortest widely used crossing in the Mediterranean stretches from Libya to the Italian island of Lampedusa – a journey of some 295 kilometres, although many aim to get further north to the mainland.

Recent years have also seen a spike in deaths, although the flow of people setting out on the perilous journey continues unabated. According to the IOM, the number of people dying in the attempt to reach Europe’s shores has increased by 500 percent from 2011 to 2014 as political oppression, violence and economic deprivation have continued or escalated in much of the Middle East and Sub-Saharan Africa.

The figures call into question the EU’s current policy, which has seen sea rescue missions dramatically scaled back amid fears that the presence of rescue boats would encourage the flow of migrants to Europe’s shores.

Campaigners are now calling for a reinstatement of Mare Nostrum, a year-long Italian mission brought into force in October 2013 after at least 400 migrants drowned in two major shipwrecks off the coast of the Italian island of Lampedusa.

That mission, which scoured 70,000 square kilometres of seas off the Italian coast, ended in late 2014 due to funding shortfalls, after rescuing more than 150,000 people from ailing vessels over the course of the year.

The replacement sea rescue mission, the EU-funded Operation Triton, receives only around a third of the funding of Mare Nostrum, costing €3mn ($3.2mn) monthly. Its primary aim is to police Europe’s borders, rather than come to the aid of sinking ships.

“This is not a humanitarian mission,” Ewa Moncure, a spokesperson for Frontex, told MEE.

She stressed that the mission had saved at least 8,000 people.

Whereas the previous mission had a wider geographical remit and more resources with which to patrol, the current sea rescue mission largely relies on at least one passenger having a satellite phone to raise the alarm if their boat gets into trouble in international waters.

This costly piece of specialist communications equipment enables users to send a distress signal on the high seas, but is not found on all boats.

Tara Brian, a research officer at IOM, warned on Monday that there could be boats that sink in the Mediterranean “without anyone’s knowledge,” with even more migrant deaths going unaccounted for.

Rescues are carried out daily but Operation Triton actually saves just a third of people who require assistance in the choppy seas separating Libya, a primary setting-off point for migrant ships, and Italy, statistically the biggest destination.

The costs of Operation Triton are centrally funded by most EU member states – but what the operation needs, according to Nick Witney, a senior policy fellow at the European Council on Foreign Relations (ECFR), is equipment like helicopters and ships.

Just six out of 28 EU member states are currently contributing assets and expertise to the migrant rescue operation, despite Operation Triton listing a “spirit of EU-wide solidarity” as one of its founding principles.

The UK has attracted particular criticism, opting out of contributing to Operation Triton in October 2014, when a Foreign Office spokesperson said that the presence of a Mediterranean rescue programme was “an unintended pull factor encouraging more people to attempt the dangerous sea crossing”.

EU countries are unequally affected by the growing numbers of migrants attempting to cross into their territory. Italy and Malta, with coastal borders close to Libya, have an obligation under international law to respond to distress signals within their naval territory, up to 12 nautical miles from shore.

But Italy, in the grip of a financial crisis since the EU-wide economic downturn began in 2007 -2008, says it cannot bear the cost of an expensive search and rescue mission alone.

EU foreign ministers are now wrangling over how to balance an increasingly anti-migrant rhetoric, which politicians fear will make spending on a humanitarian mission in the Mediterranean unpopular at home, with the need to abide by international law.

“Since the Great Depression kicked in [in 2007 - 8], we’ve seen a rise of popularism and nationalism across the EU,” the ECFR's Nick Witney told MEE.

“The prosperous EU of 10 years ago was ready to put its values at the forefront of its dealings with refugee problems. That’s no longer the case.”

Asylum policy in EU countries generally means a low number of resettlement places available for refugees and rigid family reunion rules for migrants – when taken together, Amnesty’s McGowan explained that the EU could be in breach of international law.

“There are obligations under international law around the right to access asylum, and obviously the combination of all these policies places that under question.”

“More broadly speaking, the fact that Europe is allowing people to die on its doorstep is seriously undermining its credibility as a human rights actor in the region.”

“Thousands of people have lost their lives, and this is a very dark chapter in Europe’s history. The moral imperative to act has never been higher.” 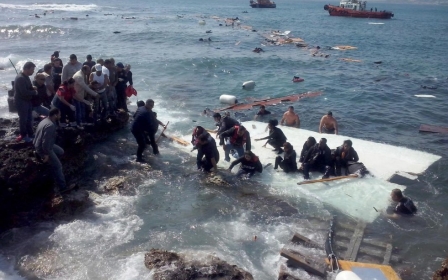 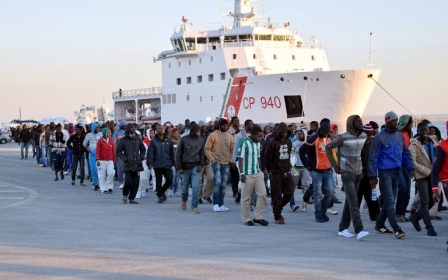 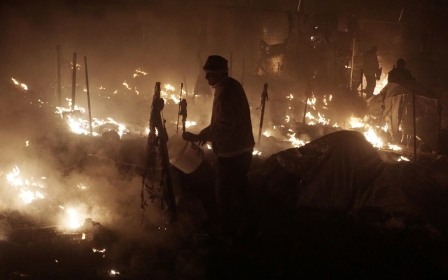