The Adrian Darya 1, an Iranian tanker held by British authorities in Gibraltar for five weeks, has offloaded its cargo to a Syrian port, sources tell MEE 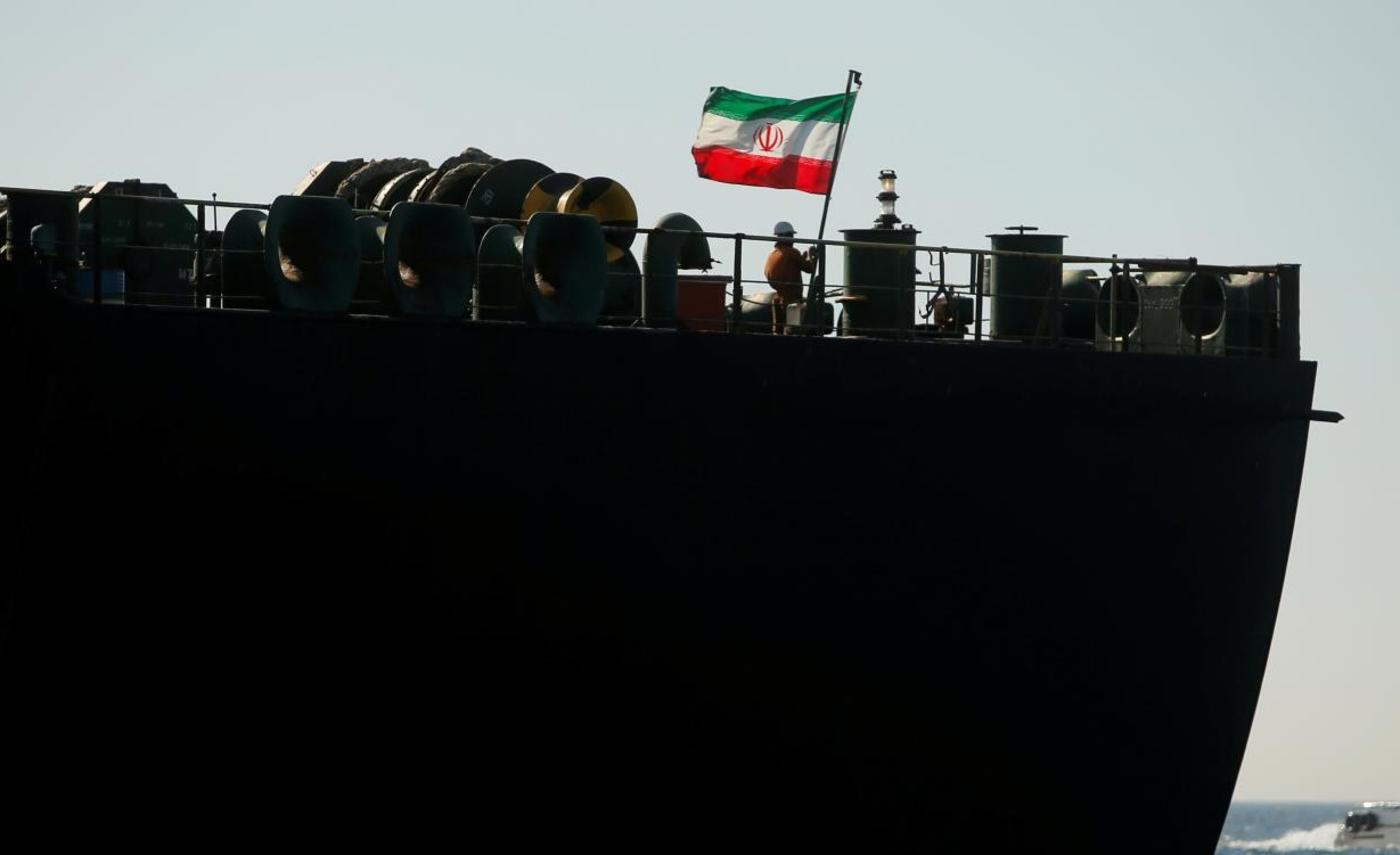 A crew member raises the Iranian flag on the Adrian Darya 1 as it sits anchored in Gibraltar on 18 August, 2019 (Reuters)
By
Simon Hooper

An Iranian oil tanker which was held by British authorities in Gibraltar for five weeks has delivered its cargo to Syria, Middle East Eye has learnt.

Two sources told MEE that oil from the Adrian Darya 1, which the UK said was suspected of breaching European Union sanctions against Syria, had been offloaded to a port in the country.

One said that 55 percent of the ship’s cargo, previously reported as 2.1 million barrels of oil, had been unloaded by 10.15 pm local time (7.15 pm GMT) on Thursday night.

The Adrian Darya 1’s last updated position on shipping tracking websites showed it in the eastern Mediterranean between Cyprus and the Syrian coast on Monday afternoon. 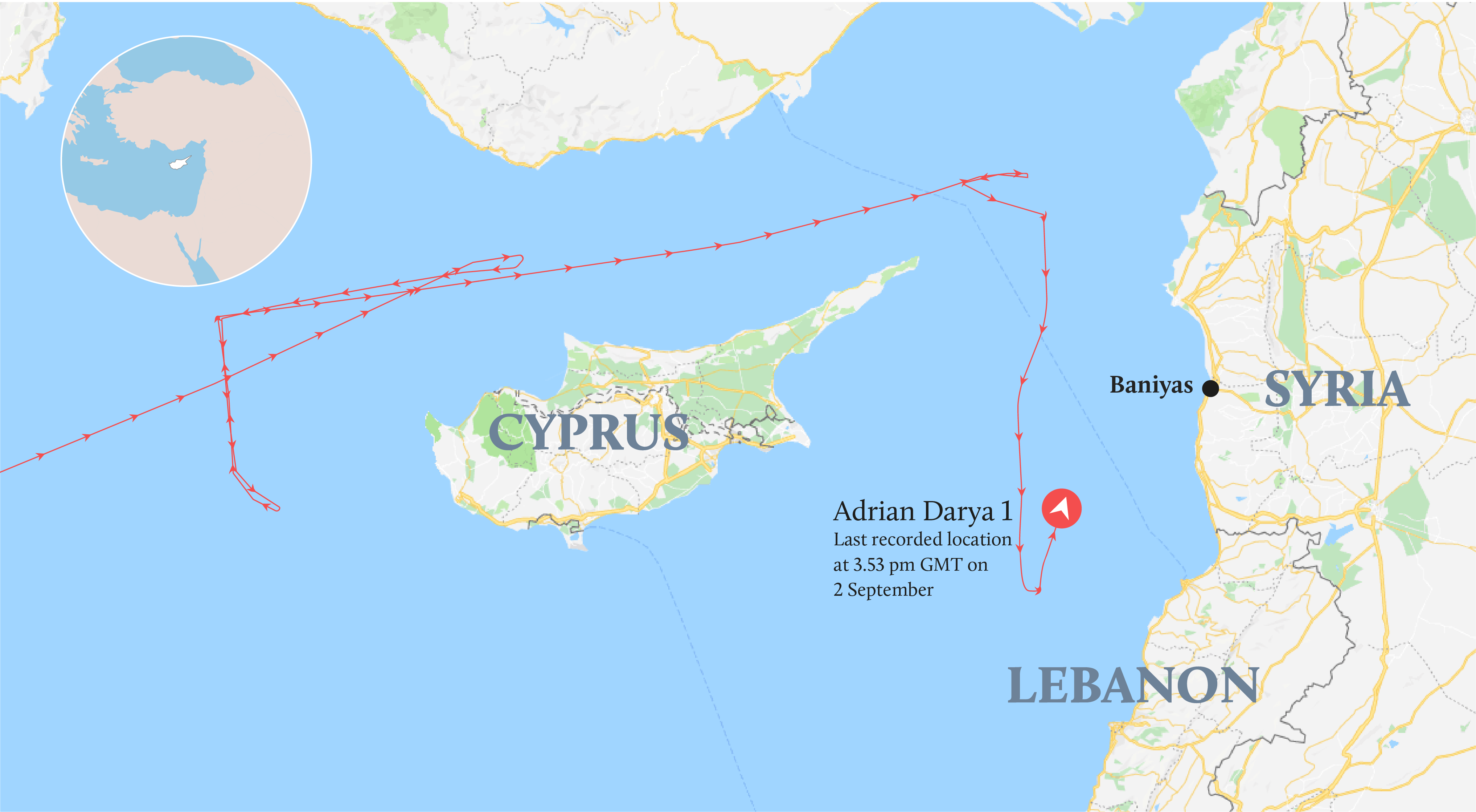 The vessel, which was formerly known as Grace 1, was boarded by British commandos in Gibraltar, a British overseas territory at the western entrance to the Mediterranean, on 4 July, on suspicion that it was heading to the Baniyas refinery in Syria.

Iran subsequently seized a British-flagged oil tanker, the Stena Impero, on 19 July as it passed through the Straits of Hormuz. The vessel is still being held by Iran, though seven crew members out of 23 have been released.

The Adrian Darya 1 left Gibraltar on 19 August after authorities said they had received assurances from Iran that the ship would not proceed to Syria and the territory's supreme court lifted its detention order.

The US then issued a warrant for the ship to be seized, naming it among a network of tankers which it said were being used by Iran's Revolutionary Guards to transport oil to Syria. Greece refused to allow the Adrian Darya 1 to dock to refuel as it travelled eastwards, with Miltiadis Varvitsiotis, the deputy foreign minister, telling media that Athens was “not willing to facilitate the course of this ship to Syria”.

On Wednesday, the Financial Times reported that the US had offered “several million dollars” to the Indian captain of the tanker to pilot the vessel to a port where the US could impound it.

The newspaper reported that the offer was made in an email sent by Brian Hook, the US special representative for Iran, to Akhilesh Kumar four days before Washington imposed sanctions on the tanker.

Hook has reached out to about a dozen ship captains via email or text in recent months "in an effort to scare mariners into understanding that helping Iran evade sanctions comes at a heavy price", the Financial Times said.

In a press briefing on Wednesday, Hook said the US was offering a reward of up to $15m to anyone who provided information that helped to disrupt the financial operations of Iran’s Revolutionary Guards Corp and its Quds Force, and accused it of running an "oil-for-terror network".

"This includes information that leads to disrupting vessels like the Adrian Darya...  This vessel was released by Gibraltar based on guarantees provided by the Iranian government that it would not deliver its oil to Syria, which is exactly where it appears to be headed now," Hook said.

Reacting on Twitter, Iranian Foreign Minister Mohammad Javad Zarif said: "Having failed at piracy, the US resorts to outright blackmail - deliver us Iran’s oil and receive several million dollars or be sanctioned yourself. Sounds very similar to the Oval Office invitation I received a few weeks back. It is becoming a pattern."

The US State Department did not respond to MEE's request for comment on Friday.