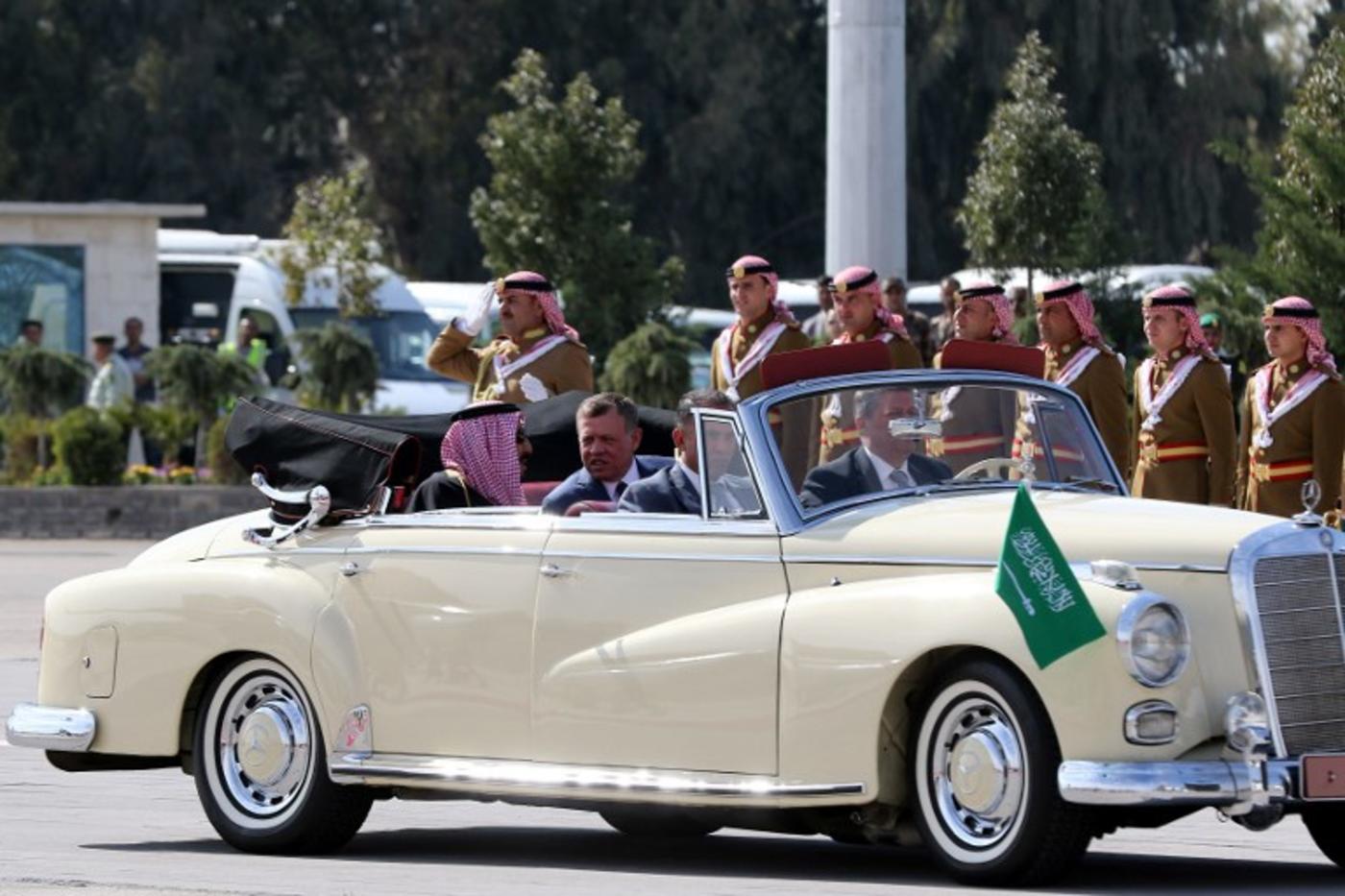 Saudi Arabia is bypassing Jordan in its headlong rush to normalise relations with Israel, offering concessions on Palestinian refugees which could endanger the stability of the Hashemite kingdom, and compromise its status as the custodian of the holy sites in Jerusalem, a senior official close to the royal court in Amman has told Middle East Eye.

The official, speaking on condition of anonymity, accused Saudi Crown Prince Mohammed bin Salman of treating Jordan with contempt. "He deals with Jordanians and the Palestinian Authority as if they are the servants and he is the master and we have to follow what he does. He neither consults nor listens to us," the official said.

Half the population of Jordan are Palestinians and if there is official talk in Riyadh about ending the right of return, this will cause turmoil within the kingdom

The alarm bells went off in Amman following semi-official leaks suggesting that Saudi Arabia was ready to surrender the Palestinian right of return in exchange for putting Jerusalem under international sovereignty as part of a Middle East peace deal that would facilitate the creation of a Saudi-Israeli alliance to confront Iran.

Such a deal would compromise the special status of Jordan as the custodian of the Haram al-Sharif, as stated in the peace treaty Jordan struck with Israel in 1994.

"Half the population of Jordan are Palestinians and if there is official talk in Riyadh about ending the right of return, this will cause turmoil within the kingdom. These are sensitive issues both for Jordanians from the East Bank and Palestinians," the official said.

In fact, 65 percent of the population of Jordan are Palestinian, mostly from the occupied West Bank. They have Jordanian citizenship and access to medical care, but they are under-represented in parliament, and have little presence in the Jordanian army and security services.

Furthermore, any attempt to give the Palestinians more rights in Jordan would provoke a backlash among the Jordanian population, the official observed.

He said any final status deal involving Palestinian refugees would have to include a compensation package to Jordan, which the kingdom would expect to receive as a state.

On the deal itself, the Jordanian official said that what was on offer to Mahmoud Abbas, the president of the Palestinian Authority, was worse than before.

“He (MbS) is concerned about the normalisation of the Saudi relationship with Israel and he does not care about anything else. He needs a fig leaf to start off this normalisation," the official said.

A separate Western source in contact with some Saudi princes independently confirmed the importance of Israel as a factor behind a wave of recent arrests in Riyadh targeting princes, business tycoons and other influential Saudis.

He said several of the people arrested under the guise of an anti-corruption campaign had acted as "gatekeepers for Saudi funding" going to Israel. He suggested that MbS wanted to keep a monopoly of these contacts for himself. For this reason, he questioned whether those arrested would be put on public trial, or whether there would be secret trials.

This source dismissed the notion that what was a taking place in Saudi was a genuine anti-corruption drive: "The Saudi family do not rule Saudi Arabia. They own it. That is their view. They created the country. They own it, and therefore they cannot be corrupt."

The Royal Court in Amman is also concerned by the pressure being applied on Jordan to join an anti-Iran campaign and the potentially dire consequences of what it considers “reckless” Saudi policies.

“Things in Syria are going to the benefit of Iran and its allies. The Jordanian approach was to try to open channels with Iran and Russia and to calm down the Iranians and have some sort of agreement in the south," MEE's source said.

“But the Saudis are in full confrontation mode, destabilising Lebanon. If Iran wants to retaliate, it could retaliate across the whole region, which could affect Jordan directly and that is the last thing Jordan would want them to do."

When pressed by the Saudis, Jordan scaled back its diplomatic relations with Qatar, but notably did not cut them as Bahrain, the United Arab Emirates and Egypt did on the day the blockade was announced. Jordan did, however, close the office of Al Jazeera, the Qatari television network which Saudi has called on Doha to shut down.

Unlike the Palestinian President Mahmoud Abbas, King Abdullah has not been invited to go to Riyadh to express these frustrations in person. He has visited Bahrain, but went home shortly after.

The third source of Jordanian concern about the way Saudi is behaving is economic.

Jordan has lost money as a result of the regional boycott of Qatar, and is currently losing income it earned through the transit of goods. This is a result of the re-opening of a crossing between Saudi and Iraq at Arar, a crossing that had been closed for 27 years since Saddam Hussein's invasion of Kuwait in 1990.

Before Arar opened, all trade from Iraq passed through Jordan. With the opening of Arar, Iraq will start to use Saudi ports in the Red Sea to export to Europe, instead of the Jordanian port of Aqaba.

There is anger in the royal palace about promises of aid from Saudi Arabia, but no signs of the cash arriving in its bank accounts.

A separate Jordanian source told MEE: “The Jordanian king and the Jordanian authority are angry about promises made by the Saudis  to compensate Jordan for its loss of income with Qatar, and the fact that nothing has been received from them so far."

A fourth Jordanian grievance is MbS’s recent announcement of plans to build the high-tech mega city of Neom which is set to stretch across the kingdom's borders into Jordan and Egypt. The official said that Jordan was "not well briefed" about the project, fostering the suspicion that the primary beneficiary in the city's construction will not be Jordan or Egypt, but Israel which has established a regional lead in high-tech exports.

He said there were "some positive comments" on the Jordanian side, but overall it reacted cautiously to the announcement.

The official doubted whether Israel would be stampeded into a war with Hezbollah and suggested that MbS had miscalculated the reaction to his offensive on Lebanon, following the Lebanese Prime Minister's Saad Hariri's sudden resignation in Riyadh earlier this month.

Hariri, who is a Saudi citizen with significant business interests in the country, has not yet returned to Beirut and Lebanese President Michel Aoun said on Wednesday that he believed he was being detained there.

"The analysis of Jordan is that neither Israel nor the US will go for a war, and that we Jordanians will be saddled with the consequences of a direct confrontation with Iran and we will pay the consequences for this," the official said. 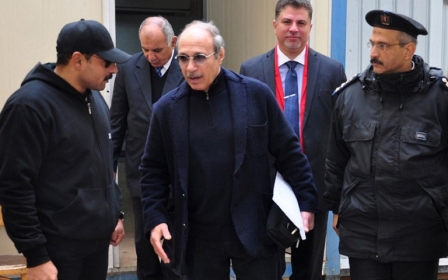 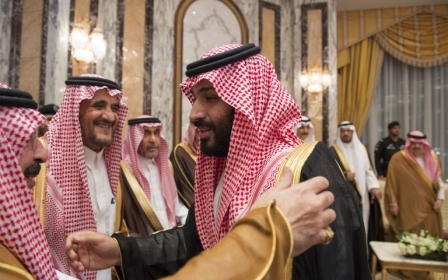 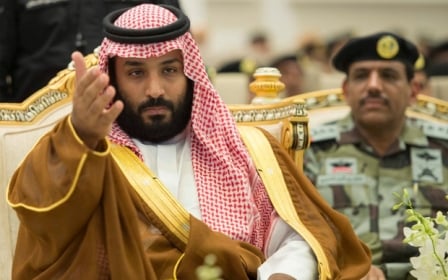