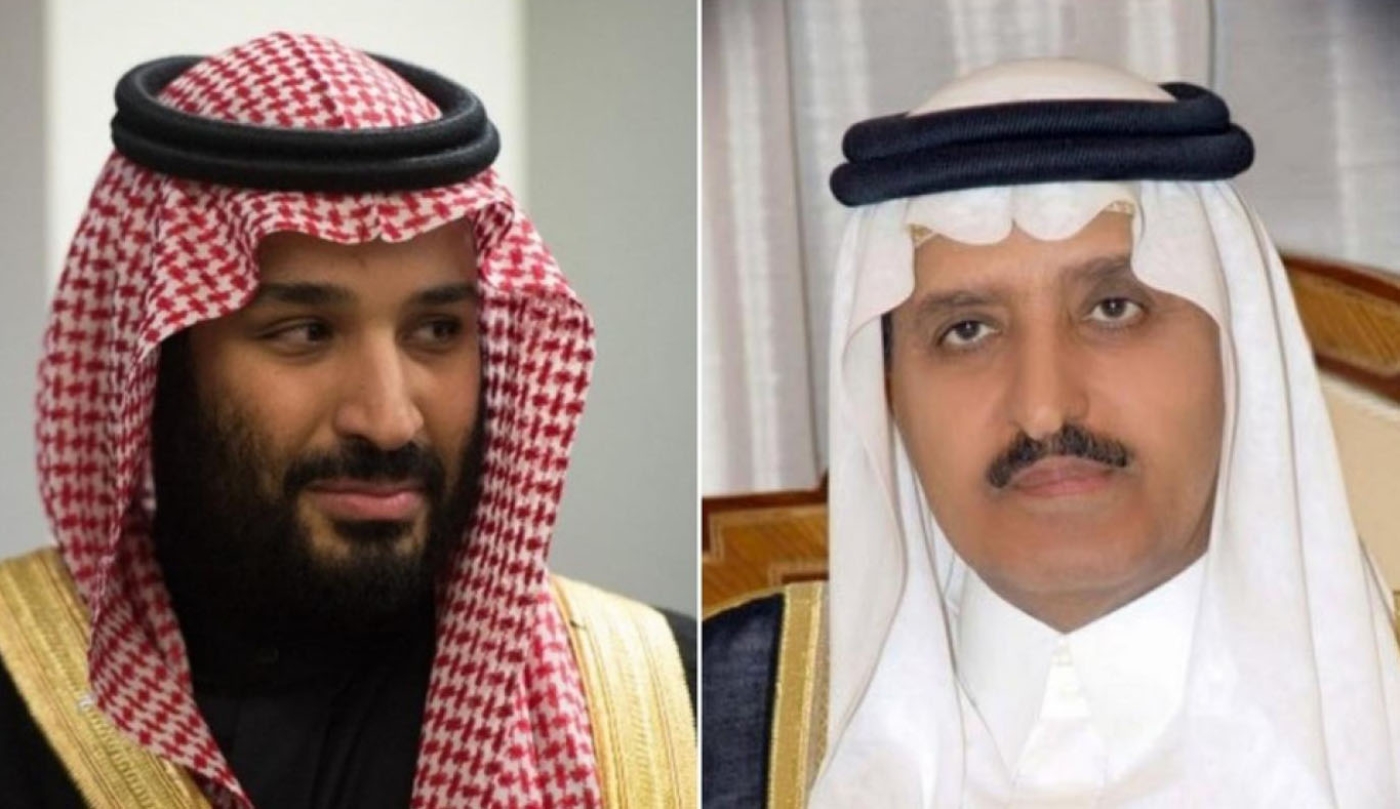 A purge of royal princes is under way in Saudi Arabia, after the arrest of the royal family’s highest ranking dissident Prince Ahmed bin Abdulaziz, the brother of King Salman, for allegedly plotting a coup against the king's son, Crown Prince Mohammed bin Salman.

Up to 20 princes have been arrested for allegedly being part of a coup to overthrow the crown prince, also known as MBS, Middle East Eye has been told.

Four names so far are known to MEE. They are Prince Ahmed; his son Prince Nayef bin Ahmed bin Abdulaziz, head of Land Forces Intelligence and Security Authority; the former crown prince Mohammed bin Nayef; and his half brother Nawaf.

Ahmed's son is the highest ranking member of the Saudi armed forces known to be arrested so far, MEE sources confirmed.

Moments after the arrests, MBS ordered the kingdom's princes to tweet their loyalty to him. Three of them have already done so.

According to a regional source cited by Reuters, MBS "accused them [the princes] of conducting contacts with foreign powers, including the Americans and others, to carry out a coup d'etat".

Reuters quoted sources as saying King Salman himself signed the arrest warrants. They claimed his mental state was good. The king is known to suffer from dementia.

There were concerns on Friday about the fate of Prince Miteb bin Abdullah, once seen as a leading contender for the throne, who was released from detention and torture in the Ritz Carlton in 2017 after paying more than $1bn in a settlement with authorities.

Miteb, 65, is the son of the late King Abdullah and former head of the elite National Guard.

The purge underway is the boldest and most desperate act yet of his nephew MBS in the crown prince's quest for absolute power.

It has bigger implications for the stability of the kingdom than both the purge of up to 500 members of Saudi Arabia's business elite in the Ritz Carlton on alleged corruption charges on 4 November 2017, and the state ordered murder of the journalist Jamal Khashoggi in Istanbul a year later.

Both US and British intelligence had sought and acquired guarantees from MBS that Prince Ahmed would not be arrested on his return to the kingdom from London in October 2018.

Bin Nayef was himself a trusted member of the counter-terrorism alliance spearheaded by the CIA and the Pentagon.

Since his unseating as crown prince, Prince Nayef has had his entourage, mobile phones and allowances stripped and was not allowed to travel. He and his half brother were arrested while at a private desert camp on Friday.

According to MEE sources, Nayef had complained bitterly to friends and in letters to the king himself about the withdrawal of his royal allowances.

His and Prince Ahmed's names had been consistently mentioned by other senior sources in the royal family about potential replacements for the crown prince, as discontent with his absolutist rule mounted in the kingdom.

Opposition to MBS no secret

Prince Ahmed is the highest ranking royal dissident in the kingdom and was open in his criticism of MBS.

When he left his home in London to return to Saudi Arabia in October 2018, he calculated that his rank as the king's younger brother, and not least the last of the seven Sudairi brothers, gave him immunity from his nephew's actions.

As I revealed at the time, Prince Ahmed had considerable doubts about the wisdom of his return, and was contemplating remaining permanently in exile.

Ahmed was persuaded to return by pleas from other princes, showing the high regard in which he was still held in the kingdom, and by the fact that he still wielded official influence as a member of the Bayaa, or Allegiance Council, the body which still nominally has to approve MBS' accession to the throne.

Ahmed made no secret of his opposition to MBS' appointment as crown prince, or to the Yemen campaign which the crown prince, as defence minister, launched in 2015, before himself going on holiday in the Maldives.

Challenged by a token demonstration of Yemeni and Bahraini protesters chanting: "Down, down Al Saud. Criminal family," outside his London home, one month before he left, Ahmed walked over to them and asked: "Why are you saying this about Al Saud?

"What does the whole of the Al Saud family have to do with this? There are certain individuals who are responsible. Don't involve anyone else."

Asked by the protesters who was responsible, the prince replied: "The king and the crown prince, and others in the state."

On his return, Ahmed was treated with official respect, retained his allowance and entourage as a senior prince, and was allowed to travel until now.

A large question mark now hangs over the current interior minister Abdelaziz bin Saud bin Nayef, now that both his uncles are under arrest for treason.

Abdelaziz's father Saud is the elder brother of bin Nayef and is currently the governor of Eastern Province.

The current purge comes at a critical junction for MBS.

Unlike in November 2017, when he launched his first purge against the business elite when the crown prince was at the height of his popularity, and known both inside the kingdom and without as a reformer, MBS is hated more than ever in his family.

More than 18 months later, the crown prince's reforms are quagmired, the price of crude oil has dropped after Russia refused last week to cut production, and discontent is mounting in the kingdom over the crown prince's decision to seal the holy sites in Mecca and Medina from all pilgrims for Umrah - just months before the Hajj is due to start - over the coronavirus outbreak.