EXCLUSIVE: Russia tells Assad there is no military solution in Syria MOSCOW – Russia has told Syrian President Bashar al-Assad that there is no "military solution" to the country's conflict, despite pro-government forces claiming victory over rebels in eastern Aleppo, according to a key Russian adviser to the United Nations' Syria envoy.

In an exclusive interview with Middle East Eye, Professor Vitaly Naumkin, the president of the Moscow-based Institute of Oriental Studies, said that Russia would continue to press Assad to accept a coalition government that would include members of the opposition. He did not specify which "opposition" groups he was referring to.

He also said he believed that Assad was more likely to make concessions at the next round of peace talks as a result of the recapture of formerly rebel-held territory in Syria’s largest city.

"I hope Assad will not be reluctant but more responsive to pressure from his own constituency, from the people of Syria who are divided - there are a lot of loyalists and there are opponents - as well as more responsive to the pressures of his partners and accept a political process," Naumkin told MEE.

'Russia is telling Assad that there is no military solution'

Naumkin is one of four senior political advisers to UN envoy Staffan de Mistura, who has been trying to mediate between the war's many players since July 2014.

Russia, along with the US, is a co-chair of the International Syria Support Group, a working group of nations and global organisations seeking a diplomatic solution to the conflict.

He rejected the view, suggested by some analysts, that the pro-government forces' victory over rebel forces in eastern Aleppo would harden Assad’s position and tempt him to try to retake every area held by opposition fighters.

"On the contrary," he said. "First of all, Assad is obliged to his partners, including Russia which has been supporting him in his victory.

"Number two: In my view he understands that without some reforms and without some change, he cannot succeed in establishing control over the whole country and hold it and neutralise the opposition. So he has to make concessions. Russia is telling him that there is no military solution."

READ: Why Trump can benefit from the Russia-Iran coalition

After the recapture by pro-government forces of eastern Aleppo, the main task now was to move towards direct talks without preconditions in Geneva between Assad's representatives and the opposition, Naumkin said.

Two earlier rounds of "proximity" talks, in which mediators met the rival delegations separately, had made no progress after the Western- and Saudi-backed High Negotiating Council had insisted on Assad's resignation.

"The HNC was a spoiler," Naumkin told MEE. "Their role was to spoil any talks until [Hillary] Clinton came in and armed [the rebels] with sophisticated weapons."

Clinton, the former US secretary of state, was defeated by Donald Trump in last month's US presidental election.

This was positive, Naumkin said, "if he [Trump] sticks to his campaign promises to improve relations with Russia and consider fighting terrorism, including in Syria, as his main file".

"There is some hope that Trump will be active in pressing the opposition to join negotiations with the government without preconditions."

Western media and politicians routinely describe Russia as treating all Assad's opponents as "terrorists". But Naumkin says this is inaccurate.

According to him, the core of Syria's conflict is a civil war between Syrians, a position mirrored in the Russian press, which describes the anti-Assad forces in Aleppo not as terrorists but as "illegal armed groups," "the armed opposition" or simply as "fighters".

Naumkin said one obstacle to constructive talks was the fact that the HNC did not represent all of the groups involved in fighting on the ground, notably the Islamic State (IS) group and the Nusra Front, which are both widely recognised internationally as terrorist groups.

Nusra Front, which has operated alongside other opposition groups in rebel-held areas, changed its name earlier this year to Jabhat Fateh al-Sham and said that it had cut its previous ties with al-Qaeda.

But Naumkin said talks could take place even if IS and Nusra carried on fighting, suggesting that there were many examples in history of peace talks between governments and armed groups without a full nationwide cessation of hostilities.

"What happened in Palmyra demonstrates that the Syrian army should be ready for more battles," Naumkin said, referring to the ancient desert city in central Syria which was recaptured by IS from government control earlier this month.

Asked why the Syrian government was allowing rebel fighters to be transported freely to another opposition-held area in Idlib province, he said: "They're doing it under international pressure and trying to avoid more civilian casualties."

Naumkin accused Nusra-aligned fighters of using civilians as human shields and of using schools and hospitals to store weapons and ammunition in eastern Aleppo.

The UN's commission of inquiry on Wednesday noted allegations that fighters from "terrorist" groups Nusra and Ahrar al-Sham were "preventing civilians from leaving," as well as opposition fighters embedding themselves within the civilian population, thus heightening the risk to civilians of being killed or injured.

However, Russia and Syria stand accused of deliberately bombing hospitals and civilian areas in eastern Aleppo and of targeting the White Helmet rescue volunteers, resulting in wounded victims of air strikes and artillery fire being left trapped under rubble, according to sources in eastern Aleppo.

'Yes, it happens unfortunately… There are inevitably victims'

- Naumkin on civilian deaths in Aleppo

Zeid Raad al-Hussein, the UN High Commissioner for Human Rights, said the Syrian government and its allies subjected the people of eastern Aleppo to "terror and slaughter" amounting to war crimes.

"The UN Human Rights Office has received credible reports of scores of civilians being killed – either by intense bombardment or summary execution by pro-government forces. Dozens of bodies reportedly litter the streets of a number of east Aleppo neighbourhoods," Hussein's office said in a statement.

Naumkin said of the killing of civilians: "Yes, it happens, unfortunately... There are inevitably victims, but the Syrian government, pressed by Russia, agreed to let them go to Idlib. There will be a big concentration of Nusra [fighters] which is alarming."

READ: How Aleppo died for a cause

Naumkin also drew comparison between the assault on eastern Aleppo and the ongoing assault by Iraqi government forces, Kurdish peshmerga fighters, Shia militias and a US-led international coalition on the IS-held northern Iraqi city of Mosul.

"Nobody is speaking about civilians killed in Mosul. I don't know where more civilians have been killed in recent weeks, in Mosul or Aleppo," he said.

Naumkin said much would depend on Turkey, whose President Recep Tayyip Erdogan has repaired diplomatic ties with Russian counterpart Vladimir Putin since Ankara and Moscow fell out over the Turkish downing of a Russian fighter jet near the Syrian border in November 2015.

Turkey has been a longstanding supporter of opposition rebel groups in Syria and has called for Assad to relinquish power.

But Naumkin described this as part of the "information war" against Syria and alleged that Ankara was softening its stance on Assad, while hardening its policy against the Kurdish YPG, which controls substantial territory in Syria and is seen by Turkey as an ally of the Kurdistan Workers' Party (PKK).

Naumkin said this posed problems for the US, which is backing the YPG in the fight against IS, but also a NATO ally of Turkey.

Russia was ready to help find an agreement between the Syrian Kurds and Turkey in which each side would recognise red lines, Naumkin said.

The Syrian Kurds should accept that Turkey would not accept a Kurdish-dominated belt all along Syria's northern border with Turkey. The Turks in return should respect Syria's sovereignty and not expand their intervention inside Syria.

Some Russian officials have floated the idea of supporting federalism in a new Syrian constitution.

Naumkin said this was "totally rejected by the Syrian government".

"Ba'athist policy is based on Arabism and one Arab nation in Syria, but the minorities want more guarantees.” 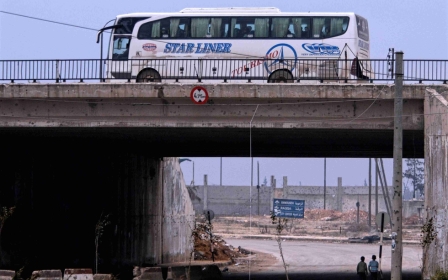 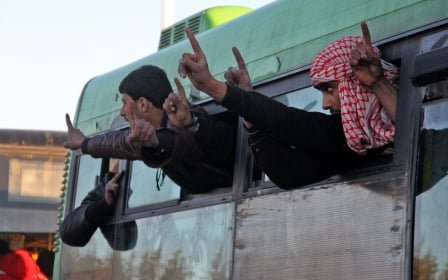