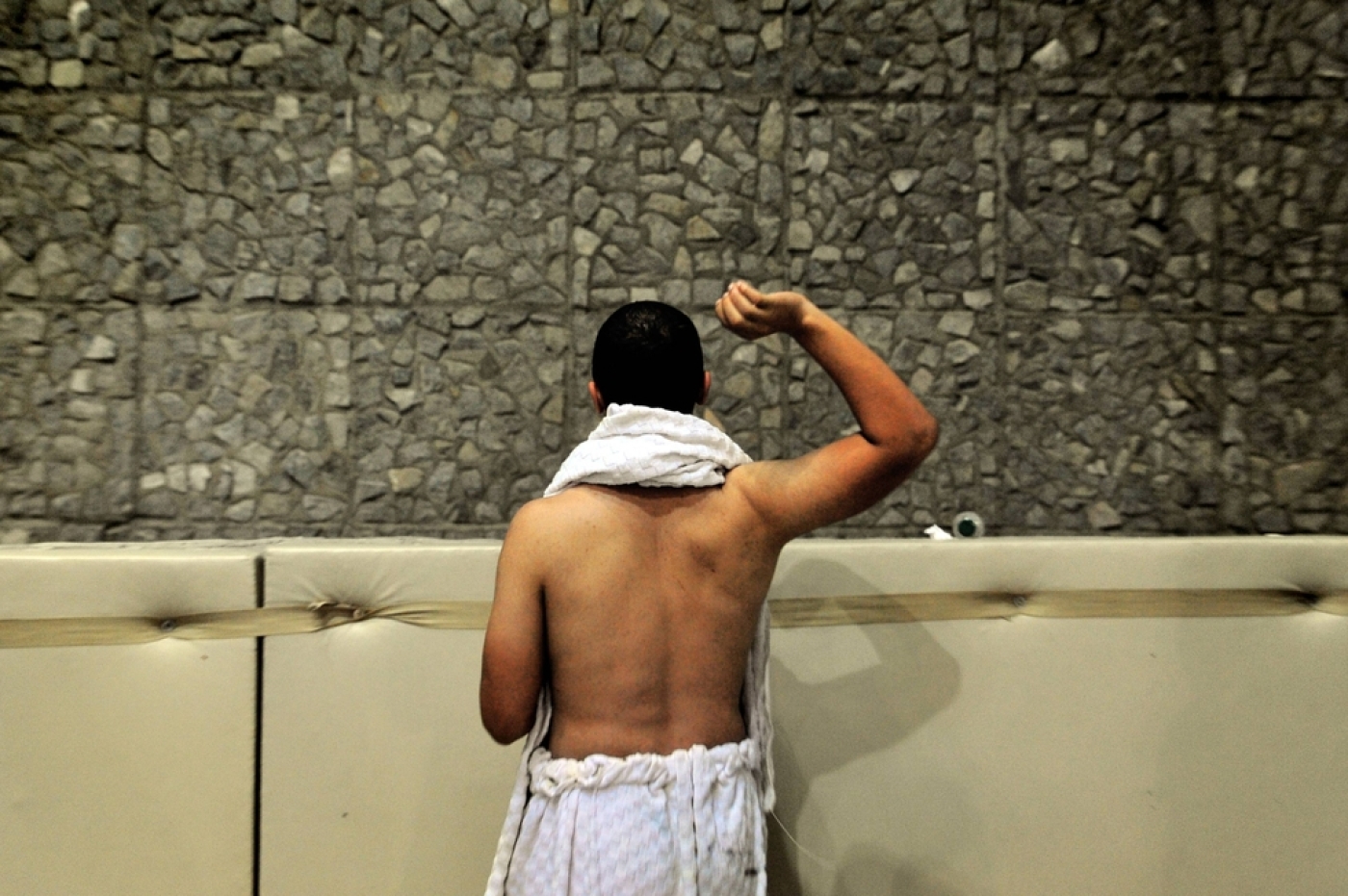 Nearly 175,000 Palestinians are estimated to be affected by the decision effectively preventing them from performing the Hajj pilgrimage (AFP)
By
Mustafa Abu Sneineh

An official at the Saudi consul's office in Beirut confirmed to MEE that following a decision by the Saudi Foreign Ministry in Riyadh, they had informed tourism companies in Lebanon that no Hajj and Umrah visas would be issued to Palestinians on their refugee travel documents - a decision that became effective on 12 September.

"The Palestinian refugees [in Lebanon] can now get visas on a Palestinian Authority passport," the official said.

"There are Palestinians who already applied for Umrah visas on their PA passports after the decision was made and they got visas to travel [to Saudi Arabia]. I do not have an exact number for them," the official added.

The official said that the Saudi Foreign Ministry had informed the occupied West Bank-based PA of its decision.

It is not true that we will issue Palestinian passports for any refugee in Lebanon to get a visa for Umrah or any other sort of visa. The PA did not issue a decision to issue passports for Palestinians in any Arab states

Ashraf Dabbour, the Palestinian Authority ambassador in Beirut told MEE that the embassy knew about the Saudi visa decision through unofficial channels by word of mouth from Palestinian local figures.

But he denied that the PA would issue travel documents for refugees in Lebanon wishing to travel to Saudi Arabia.

"It is not true that we will issue Palestinian passports for any refugee in Lebanon to get a visa for Umrah or any other sort of visa. The PA did not issue a decision to issue passports for Palestinians in any Arab states," Dabbour told MEE.

Palestinian refugees in Lebanon are estimated to number 174,422, according to the country's first and only census of the community in December last year.

They hold refugee travel documents issued by Lebanon's General Directorate of the General Security and currently have no access to any other form of travel documents allowing them to go to Saudi Arabia.

They could apply for a Lebanese travel document that is valid for one, three or five years, and the application fees are similar to that of the Lebanese passport, which costs $40 for each valid year.

Palestinian refugees in Lebanon have no political rights of citizenship to vote for parliament or local municipalities.

They are also prohibited from practising 20 professions including law, medicine and engineering, and are not allowed to work in government institutions because they are designated as "foreigners" under Lebanese law.

The Lebanese political system is based on a sectarian structure dividing power among the main religious communities.

While a number of Christian Palestinians who fled to Lebanon in the wake of the creation of the state of Israel and the Nakba in 1948 were granted Lebanese citizenship, Lebanon has been particularly reluctant to integrate Palestinian refugees and alter its population's already tense confessional makeup.

The PA's Dabbour said that the Palestinian embassy in Lebanon had previously issued PA passports for undocumented Palestinians in Lebanon, known also as non-ID refugees, whose numbers are estimated at around 5,000, to facilitate their travel abroad and obtain visas and residency in other foreign countries.

"This is a particular case in which we issued Palestinian passports because those non-ID refugees were not registered with the UNRWA nor the Lebanese state, and they could not travel anywhere," Dabbour explained.

The Palestinian embassy has not yet issued a statement regarding the outcome of its talks with Saudi officials.

Saudi Arabia is one of the funders of the Palestinian Authority, and it uses its financial leverage to put political pressure on the PA. In 2017, the kingdom contributed $92.1m to the budget of the PA - a nearly 50 percent decrease from its $180m contribution a year earlier.

'It is not practical'

Speaking to MEE, several Lebanese tourism companies confirmed that they have not been able to obtain visas for their Palestinian clients who hold refugee travel documents.

Itani was asked by several tourist companies to speak with the Saudi embassy to see if the decision could be reverted.

"The case is now with Abu Mazen," Itani told MEE, referring to PA President Mahmoud Abbas. "I have been told that this is an issue between states, that was the answer."

In September 2017, Saudi Arabia backtracked in a similar case over visa issues for Palestinians on their refugee travel documents, following pressure from the PA and some Palestinian figures in Lebanon.

An owner of a Hajj and Umrah travel office in the southern Lebanese city of Saida, who wished to remain anonymous, told MEE that the Saudi decision was "not practical," and they were looking for the cancellation of this decision.

"If you issue a Palestinian passport, you then need to apply for a residency in Lebanon and this is another problem for Palestinian refugees," he said. "You could then apply for a visa for Saudi Arabia, but then the refugee travel document will become void."

Several travel agents who spoke to MEE at the time said they had been told at the start of September that they should not apply for visas for anyone seeking to travel on a temporary Jordanian passport, although no official Saudi announcement had been made.

The holders of temporary passports do not have a national identification number and are therefore not entitled to the full rights of Jordanian citizenship.

Some Palestinian and Arab media have linked the Saudi move to US President Donald Trump's as-yet-unannounced "deal of the century" proposal, amid rumours that Washington sought Saudi support for measures that would revoke the right of return of Palestinian refugees displaced by the creation of Israel in 1948 and subsequent Arab-Israeli wars.

Israel Katz, Israel's minister of transport, tweeted on 11 September welcoming Trump's "initiative" regarding the issue of Palestinian refugees, saying that the Palestinian refugee "problem" in Jordan, Syria, Lebanon, and Iraq "would be good to disappear from the world".

MEE could not confirm if Katz's tweet was related to Saudi Arabia's new restrictions on Palestinian refugee and temporary travel documents. 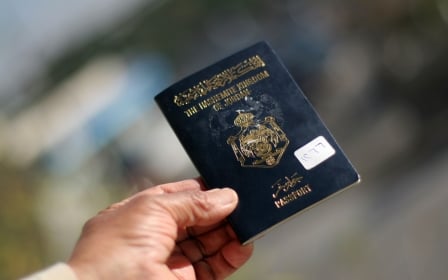