In her first interview since leaving Bahrain earlier this week, campaigner Zainab al-Khawaja calls for the country's king to face trial 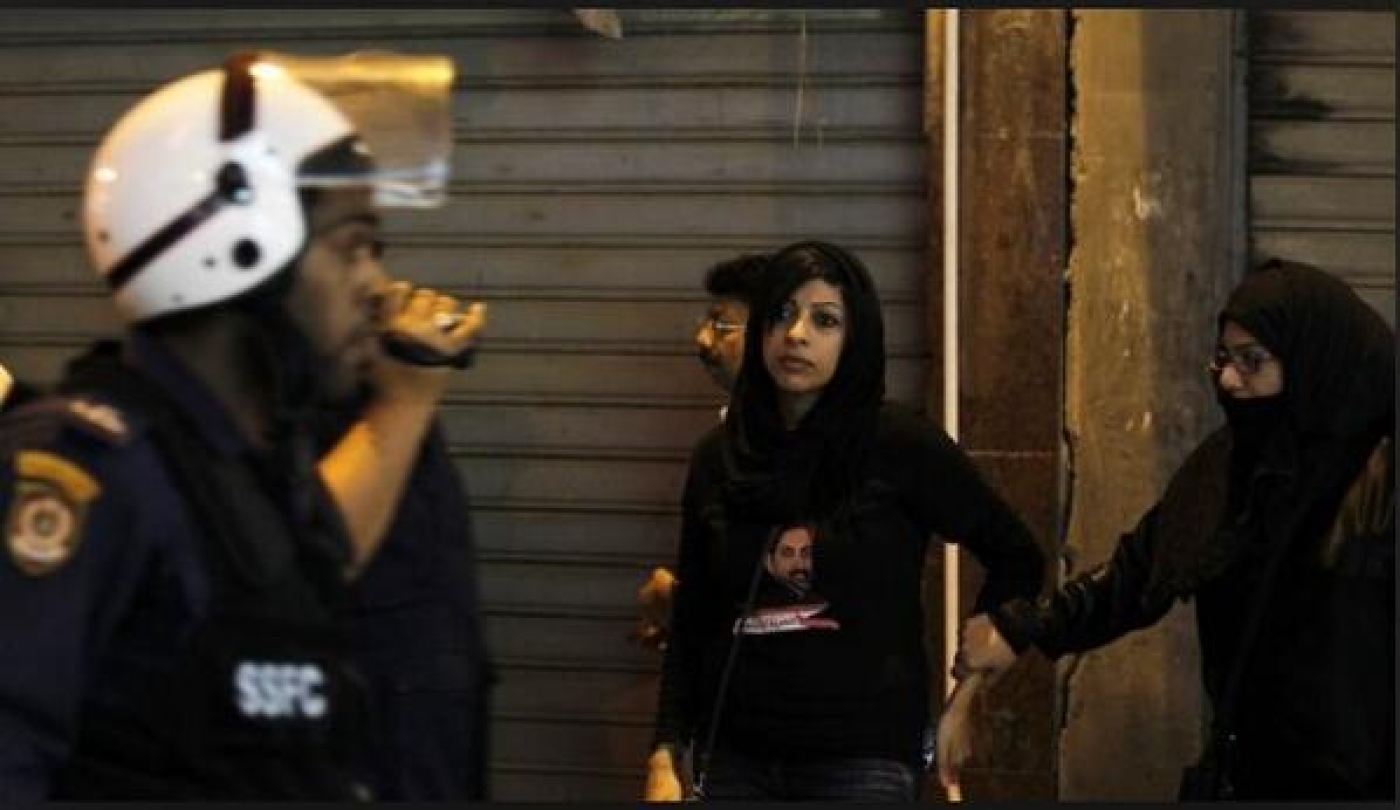 A prominent Bahraini human rights activist, who was recently released from prison after an international outcry, told Middle East Eye that she has been forced into exile after she was threatened with re-arrest and indefinite separation from her children.

Zainab al-Khawaja is the daughter of well-known activist Abdulhadi al-Khawaja, who is serving a life sentence over his role in the 2011 uprisings that saw Bahraini protesters demand political freedom from the country's ruling family.

The 32-year-old rights campaigner left the Gulf kingdom on Tuesday, less than a month after she was released from prison after being controversially imprisoned for ripping up an image of the country’s king. She had been held in prison with her infant son, Abdulhadi.

In an interview with Middle East Eye, Khawaja said on Saturday that she left the country for Denmark earlier this week after receiving a message from the Danish consulate that a “highly placed” Bahraini official told diplomats that she would be re-arrested and face fresh charges if she remained in the country.

“The message that came through to me was that basically I would be imprisoned on fresh charges and that this time I would not be able to take my son with me to prison. I would only be able to see him half an hour a week, and I could face, like other Bahraini campaigners, a sentence of up to 100 years in prison," she said, in her first interview since she went into exile.

Khawaja, who holds dual Bahraini-Danish citizenship, is the latest campaigner to go into exile since the Bahraini government relied on troops from Saudi Arabia and the United Arab Emirates to put down a pro-democracy uprising five years ago.

She had faced a three-year sentence on 16 separate charges after her arrest on 14 March, but was released after two months amid international condemnation of her detention, including calls from the US and the EU. Britain was among the few major European countries not to issue a strong call for her release.

“I knew I had the remainder of my three-year sentence hanging over me, but my lawyer and I had not expected to be threatened with new changes," she said.

"I think this was to put pressure on me to leave the country. I have no idea what these charges are, but if I was rearrested it could mean being in prison indefinitely. I had absolutely no confidence I would get a fair trial in Bahrain."

Khawaja also told MEE that some of the existing charges were brought against her for offences committed in detention and that vital CCTV footage had gone missing.

“Nobody in my family can get a fair trial. That’s the same for all the activists in Bahrain. I am not alone. The courts are the place the regime comes to lash out at peaceful protesters.”

'The King should be on trial'

Khawaja was originally detained for ripping up a picture of the Gulf state’s king, an “offence” she claims she repeated during detention in front of a judge.

“Ripping up a picture of the king was the least I could do. It’s the King of Bahrain who should be on trial for the crimes he has committed against Bahrain, for his complicity in thousands of cases of torture and hundreds of killings," she said.

"It was a symbolic gesture. I wanted to make the point that as a citizen of Bahrain I have the right to speak out.”

The activist told MEE she decided to leave Bahrain after her family urged her to seek safety and she felt that she needed to protect her two young children.

“I cannot be certain exactly what the regime wanted as the high official didn’t want me to know his name, but the impression I was left with was that I would be arrested within one or two months,” she said, adding that she was grateful for the assistance that she received from Danish officials.

She added: “The regime put me in a difficult spot. I preferred prison to exile, but I knew prison would separate me from my children. Almost all the activists and revolutionaries I know have left the country, are in prison or have gone into hiding. I felt I wanted to stay and fight for my country, but my daughter is six years old and has been through so much in her short life.”

'Not going to prison again'

Soon after Khawaja arrived in Denmark earlier this week Khawaja was able to tell her daughter, Jude, for the “first time” that she no longer faced arrest. “She used to ask me on a daily basis if the government will take me to prison, and this week I was able to tell her for the first time that I’m not going to go to prison again. Seeing the look on her face ... I didn’t realise I could have that impact.”

Despite finding safety from arrest in Denmark, where Khawaja grew up in exile with her parents before returning to Bahrain as a young woman, she said the decision to leave her homeland was the “most difficult” she has made.

“My father is in Jau prison and, from his building, he can hear the screaming of torture. He has spent his life trying to speak out for others, and not being able to help is a form of torture in itself.”

She added that she felt she had found safety for her children, but that hundreds of other activists in Bahrain were still suffering.

“I can’t even begin to explain how painful it was looking back from the plane and knowing how much trouble there is in Bahrain," she said.

“I am one of the lucky ones as I had media attention. It breaks my heart that other detainees face decades in prison and nobody is speaking about their cases.”

Bahrain, home to the US Navy's 5th Fleet and a British Royal Navy base, crushed the 2011 protests and has since faced low-level unrest, protests and attacks on police.

Other prominent opposition figures and human-rights activists remain imprisoned. Some have had their citizenship stripped by the government and been deported.

Sayed Alwadaei, director of advocacy at the UK-based Bahrain Institute for Rights and Democracy, said the case exposed the UK government’s failure to hold Bahrain to account.

“There were calls from the US, the EU and the United Nations for Zainab to be released. It was accepted she was a political prisoner, but the UK was the only country that failed to raise concerns about her detention or call for her release," he said.

A spokesperson for the Bahraini embassy in London told MEE that it was "seeking further clarification" on claims that Khawaja had been pressured to leave.