After rebels attacked the Syrian military's second largest brigade in Daraa, fighters told MEE that they were headed to Sweida DARAA, Syria - Syria’s armed opposition launched a surprise attack on a Syrian forces military site in the countryside of Daraa on 9 June, taking complete control of the area and pushing Syrian forces back to their positions in Sweida, southern Syria.

They launched their attack on Tuesday morning at 7:00 local time, resulting in heavy casualties. Within hours, opposition forces were in control of the entire area. Their success was announced hours later, at 1:30 pm local time, after the retreat of government forces.

During the battle 25 FSA fighters were killed and dozens of government forces also fell. A large number of soldiers were captured, and heavy equipment such as military and armoured vehicles and light weapons were abandoned by government forces during their retreat. 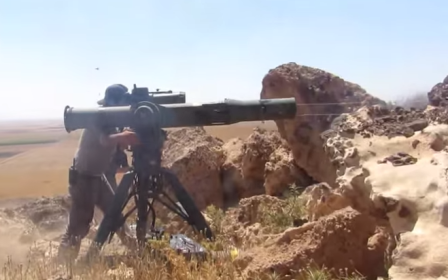