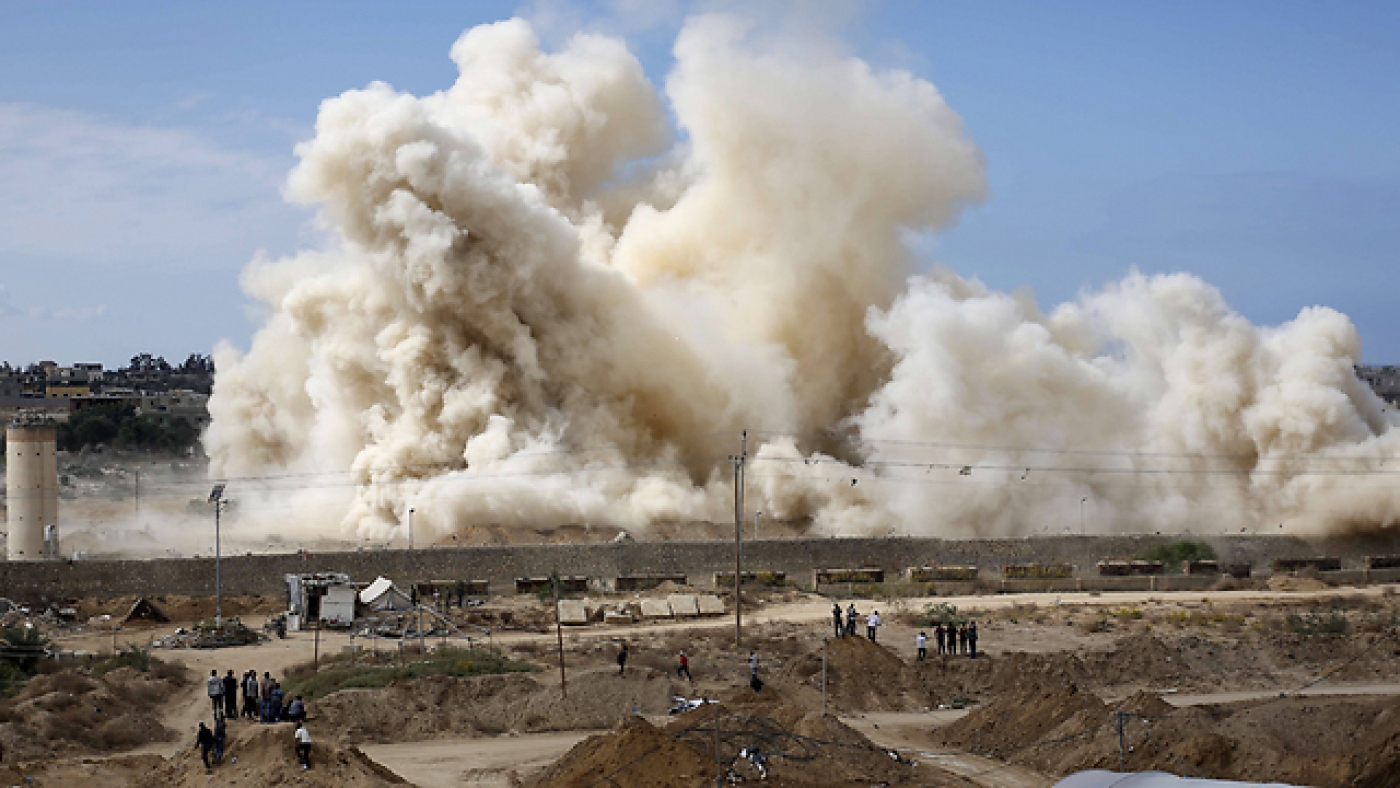 At least three explosions rocked the North Sinai town of al-Arish on Thursday night, as co-ordinated attacks apparently targeted the Egyptian army in sites across the area.

Twenty-five soldiers were killed, Sky News Arabia reported, and 40 people injured, although the figure may be higher.

Egypt's Deputy Minister of Health Tareq Khater has so far confirmed the deaths of 20 people, including soldiers and civilians - he said 36 people were also injured in explosions that hit North Sinai on Thursday night.

Other estimates of the number of casualties vary - paramedics told local journalist Hossam al-Shorbagy that 29 soldiers were killed in one of the attacks, and 28 were injured.

According to the sources, nine civilians were also injured. However, there has as yet been no official confirmation of these figures.

Al-Jazeera has reported that a total of 42 people have been killed and 74 injured in North Sinai, although Egyptian officials have yet to revise the official toll.

According to a source from Arish Hospital in North Sinai, an unknown number of civilians were killed when their house was hit.

In Suez, some 455 kilometres south-west of al-Arish, an IED exploded outside a military installation, killing a police officer.

Prior to the explosion at around 21:00 GMT, police had closed the entirety of the international road linking Suez with North Sinai.

The largest of the North Sinai attacks saw a car bomb detonated outside the headquarters of the 101st brigade of the Egyptian army in al-Arish, the largest town in the restive North Sinai.

Eyewitnesses said that at least 20 ambulances had rushed from the scene of the al-Arish army base, carrying injured soldiers to nearby military hospitals.

In a video of the attacks, shot from a rooftop in al-Arish, terrified civilians are heard shouting "Allahu Akbar," or "God is great" as huge explosions rock the suburb.

Apache helicopters hovered over the scene of the attack.

At least two further blasts were also reported, on top of the bombing at the 101st brigade headquarters.

At around 22:30 GMT, hours after the violence began and amid reports of a fresh assault on the 101st brigade headquarters, militants allied to Islamic State claimed responsibility for all of the attacks.

Parts of the security headquarters in al-Arish collapsed after they were shelled, according to Shorbagy - dozens of officers and conscripts were reported injured.

In the wake of the attacks there were reports that the North Sinai office of Egypt's state-owned daily, al-Ahram, had been completely destroyed.

However, the head of the office later said that the building had suffered limited damage, and had been struck only because it was situated next to the security headquarters, which was hit by intense shelling on Thursday night.

Shorbagy reported several other attacks in al-Arish timed to coincide with the car bomb.

There have also been reports of an attack on an army convoy in Sheikh Zuweid and mortar fire and fierce clashes in the city of Rafah, which borders the Gaza Strip.

In a further attack, an army convoy in Rafah was targeted with mortar shells - hospital sources told Shorbagy that two Egyptian army officers were injured in the shelling.

Over an hour after that attack, there were reports of an ambush on an army convoy just south of Rafah.

There have so far been no reports of casualties in that attack.

Earlier in the day there were reports of fierce clashes between militants allied to IS and Egyptian army soldiers in Sheikh Zuweid - eyewitnesses said the violence lasted for over an hour, and completely destroyed an armoured vehicle belonging to the Egyptian military.

In a statement, the spokesperson for Egypt's armed forces said that "terrorists" had attacked "headquarters and institutions belonging to the armed forces and the security services in al-Arish, using cars laden with explosives and mortar shells. We are exchanging fire and dealing with them."

Mohammed Samir Ghanim said that Thursday night's attacks were the result of a successful recent crackdown led by the Egyptian army in North Sinai.

"As a result of the successful strikes launched recently by the Egyptian armed forces and civil police against terrorist agents and cells in North Sinai, and the failure of the terrorist Muslim Brotherhood and the agents supporting them to sow chaos during the fourth anniversary of the 25 January revolution, terrorists struck military institutions on Thursday night."

Egypt's Minister of Defence, Sedki Sobhi, will meet with leaders of the armed forces on Friday to discuss the attacks, which is among the bloodiest to hit the military since the 2011 revolution.

'Questions to be answered' over attacks

Egypt has been cracking down on militants in Sinai for more than a year now amid a rise in militant attacks against army personnel.

In particular North Sinai, a remote but strategic area bordering Israel and the Gaza Strip, has been witness to a military crackdown in recent months, following a 24 October suicide attack that killed more than 30 Egyptian soldiers just outside al-Arish.

A curfew has been in place in large parts of North Sinai, including al-Arish, since 25 October.

The curfew was initially imposed for three months, and was scheduled to end on 25 January - however, last week it was extended for another three months.

After the October attack, authorities also began constructing a roughly 1,000-metre buffer zone along the border with the Gaza Strip, in an attempt to prevent militants infiltrating from the Palestinian enclave.

Muhamed Sabry, an MEE contributor on the ground in al-Arish, said his house had been rocked by three large explosions.

"Suddenly we heard a huge explosion, followed by two more - it sounded like the blasts we used to hear during last year's bombardment of the Gaza Strip [just over the border]. Our house shook as if an earthquake had hit. The windows smashed, and there is glass all over the furniture.

"It is like hell now - there was a lot of shooting after the explosion, and people were too afraid to carry the wounded to the ambulances because of it.

"Up to 14 civilians were injured when their homes were hit. I've heard that a 15-day old baby was one of them."

According to Sabry, the attacks hit at around 8.30pm local time [19:30 GMT], 90 minutes after the curfew comes into place.

"There are questions to be answered as to how these attacks hit during the curfew hours. It shows that the militants are very intelligent and well-organised.

"The curfew hours are a time when few civilians are on the streets - the timing could show that the militants are committed to not injuring civilians.

"However, in practice it is much worse for attacks to happen during the curfew. When there are a large number of casualties like today, hospitals have to put out an urgent call for blood donations. But it is not possible to go out and help, because if you break the curfew you could face death yourself.

"Ambulances are still coming and going. There is a sense of horror among people here in al-Arish about what has happened. But we are used to things like this." 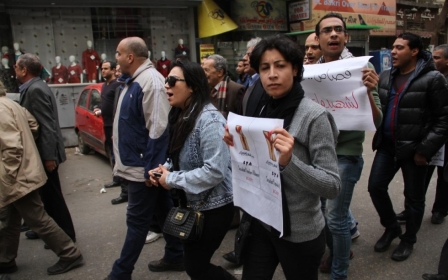