Messages sent from Israeli PM's official account stated that 'Arabs want to annihilate us all – women, children and men' 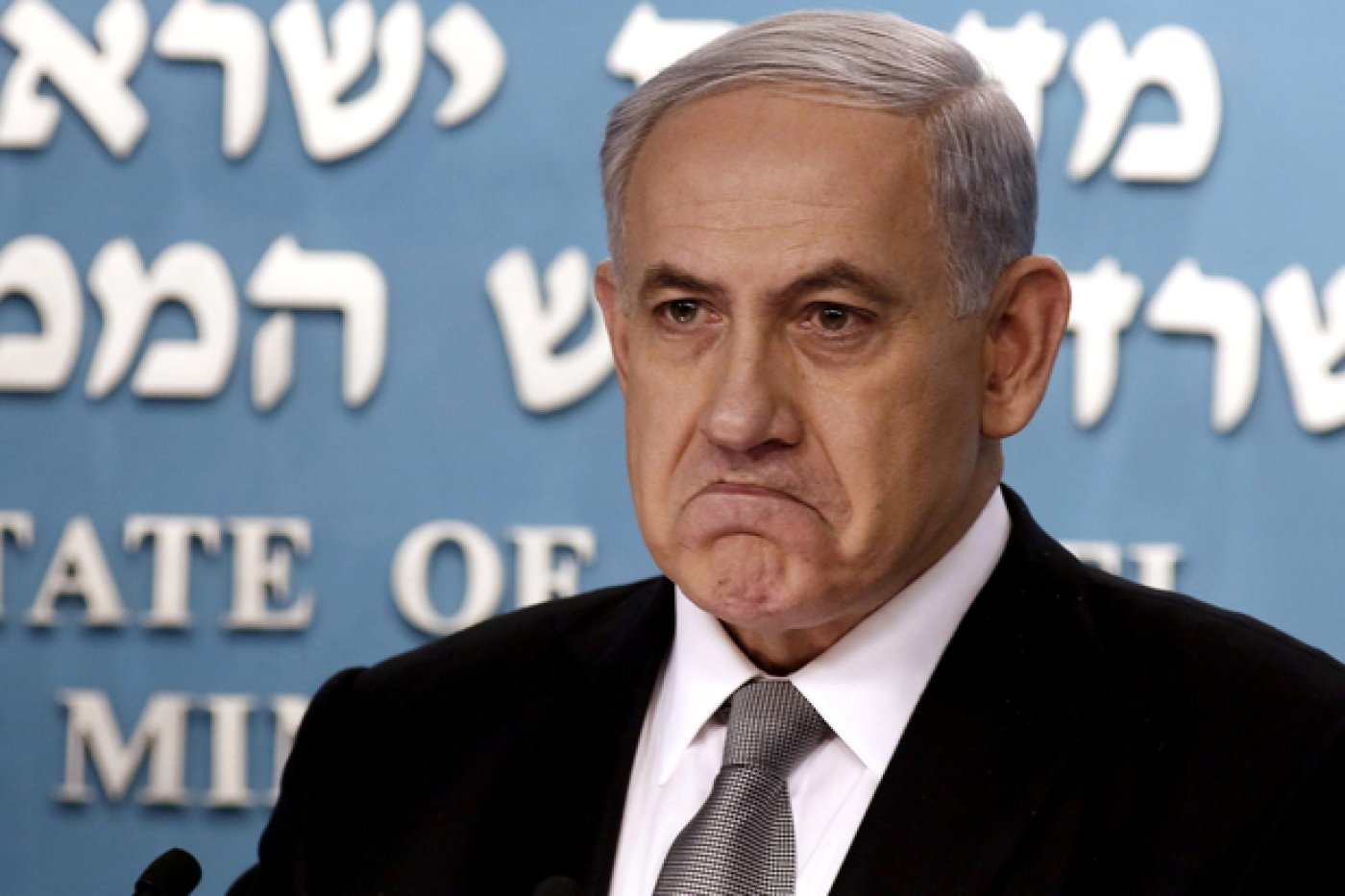 Facebook announced on Thursday that it had suspended Likud's access to automatic messaging for 24 hours after messages were sent from the Israeli prime minister's official Facebook account stating that "Arabs want to annihilate us all - women, children and men."

A rights group had filed a legal complaint on Wednesday after local media revealed that Benjamin Netanyahu's page had asked followers to send the warning messages to potential voters.

Facebook said it had acted after deciding that the content violated its policy on hate speech. It said further violations would be met by additional appropriate action. In an interview with Kan Reshet Bet public radio on Thursday, Netanyahu distanced himself from the content, which appeared on the screens of users who accessed the prime minister's official Facebook page.

"Think rationally. I am a serious person," he told his radio interviewers. "I have friends in Arab countries. What is this nonsense?"

Netanyahu’s office said after the revelation of the chatbot that it was a "staffer's mistake".

The automated pop-up message asked followers if they wished to volunteer in Netanyahu’s election campaign, before providing a suggested script to convince potential voters to give their vote to the prime minister's Likud.

The message suggests warning voters against the "dangerous" threat of Palestinian citizens of Israel and the Israeli left and claims Yair Lapid and Benny Gantz’s centrist Blue and White party will join forces with the Arab Joint List.

“On Tuesday,” the message says, “you can determine the future of our nation. Prime Minister Netanyahu brings a right-wing policy of a Jewish state, security, and a strong Israel.

“We cannot have a dangerous left-wing government with Lapid, [Ayman] Odeh, Gantz and [Avigdor] Lieberman in a week's time.”

It adds that it would be “a secular left-wing weak government that relies on Arabs who want to destroy us all, women, children and men, and will enable a nuclear Iran that will eliminate us”.

'This despicable thug will continue to spill our blood'

The head of the Arab Joint List coalition in the Israeli parliament, Ayman Odeh, slammed Netanyahu for his comments on Palestinian citizens of Israel.

“Netanyahu is a psychopath with no red lines and he wants to see blood," Odeh wrote on Twitter, before referring to ongoing corruption investigations involving the prime minister. 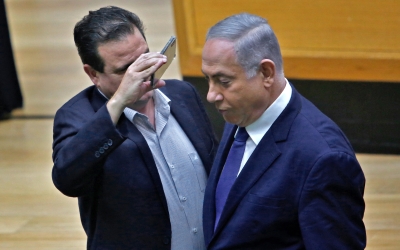 "This despicable thug will continue to spill our blood as long as he believes it will help him escape prison.”

Odeh said in his tweet that he reported the automated popup message to Facebook “to stop Netanyahu’s racist and dangerous incitement against the Arab population”.

After Netanyahu delivered a speech on Wednesday at the Knesset, Israel's parliament, Odeh approached and filmed him with his mobile phone, reportedly telling Netanyahu, “You are a liar and you know that you are lying,” according to Israel’s army radio.

The heated language and tit-for-tat statements come as Israel heads to the ballot box on Tuesday 17 September.

During legislative elections in 2015, Netanyahu used a similar tone to drive voters to the ballot box, warning in a video that an Israeli right-wing government was in “danger” and that Palestinian citizens of Israel were going to polling stations "in droves".

The Blue and White Party is running neck-and-neck with Likud in the polls, meaning that turnout among Palestinian citizens of Israel could be a crucial factor in the final outcome.

Palestinian citizens of Israel make up 21 percent of the population and generally vote for their own parties belonging to the Arab Joint List coalition, or for centrist and left-wing parties.