'The regime is pushing forward and things are as bad as they can be,' Bilal Abdul Kareem tells MEE 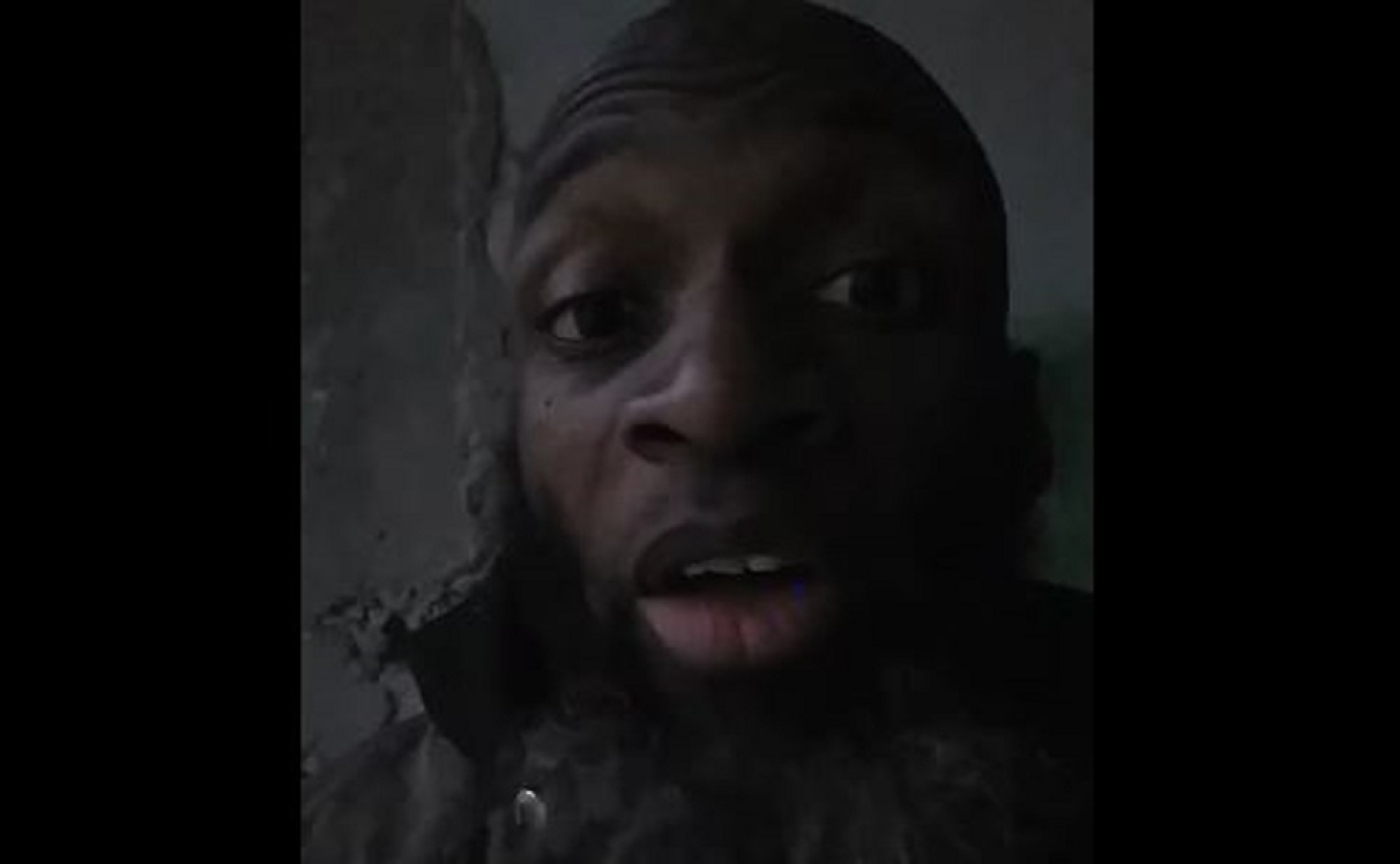 A US journalist trapped in eastern Aleppo on Monday posted what he said could be "his final message" as the last neighbourhood still held by rebel fighters came under assault from pro-government forces.

Writing on Twitter, Bilal Abdul Kareem, a journalist with the On The Ground News website in rebel-held Syria and an occasional contributor to Middle East Eye, said that "regime forces are closing in and bunker busters are raining down", referring to heavy artillery that can penetrate underground shelters.

Speaking in what he said was "perhaps my final message" and with gunfire and explosions audible in the background, Kareem said: "We may not be able to send any more messages as regime forces push closer and closer and the air strikes become even more intense if there even is such a thing as that. So this might be close to if not the last communication."

The message came as sources on the ground said government forces had executed at least 79 people after seizing control of three new rebel-held districts in the city's east.

Sources told Al Jazeera that the executions were focusing on the districts of al-Ferdous and al-Salihin, which government forces captured earlier on Wednesday.

Kareem had earlier told MEE that communications could be cut at any time. "The regime is pushing forwards and things are as bad as can be," he said.

Kareem said that On The Ground News, the media outlet he established in rebel-held areas of northern Syria earlier this year, would continue even if he and others trapped in Aleppo did not make it out.

In a message addressed to the "Muslim ummah" he also aimed criticism at Turkish President Recep Tayyip Erdogan and the Gulf states of Saudi Arabia and Qatar, accusing them of "dropping the ball" by failing to help civilians trapped by the Syrian government's weeks-long assault on eastern Aleppo.

In comments addressed at Erdogan, he said: "Nice recitation of the Quran, but you really blew it this time. You had the opportunity to be the hero and fly in here with a cape and help out these poor people with your troops just 25 kilometres away but you blew it."

Turkey has sent its armed forces into Syria to fight Islamic State militants and to confront Kurdish forces holding territory on its southern frontier, but it has not intervened against forces allied to the Syrian government.

"A whole lot of other folks blew it. The Qataris and the Saudis, you all blew it, and you had a golden opportunity," he added.

Kareem's message was broadcast after the Syrian government's army on Monday seized a major district on Aleppo's southeastern edges, putting it in control of 90 percent of areas once held by rebels in the city.

Syrian state television on Monday night broadcast what it said was footage of Syrians celebrating in the streets of Aleppo after the announcement, chanting "By our souls, by our blood, at your service Bashar [al-Assad]."

'The army is now in full control of Sheikh Saeed,' said Observatory head Rami Abdel Rahman, adding that 'Syrian regime forces are now in control of 90 percent' of the once rebel-held areas in Aleppo's east

Perhaps my final message from E. Aleppo. Regime forces are closing in and bunker busters are raining down. https://t.co/YHZfeOKGMP

The Syrian government is being supported by Russian air strikes and Iran-supported militias drawn from across the region.

A Syrian official told Reuters: "We managed to take full control of the Sheikh Saeed district. This area is very important because it facilitates access to al-Amariya and allows us to secure a greater part of the Aleppo-Ramousah road," referring to the main entry point to the city from the south.

Residents in rebel-held neighbourhoods who contacted Middle East Eye spoke of their fear, desperation and anger.

Shadi, a teacher who lives with his wife and five children in east Aleppo, said that one friend was killed while crossing the “so-called 'humanitarian corridors", and that his own father had been arrested. The Russians, he said, were trapping people and killing them "like rats". 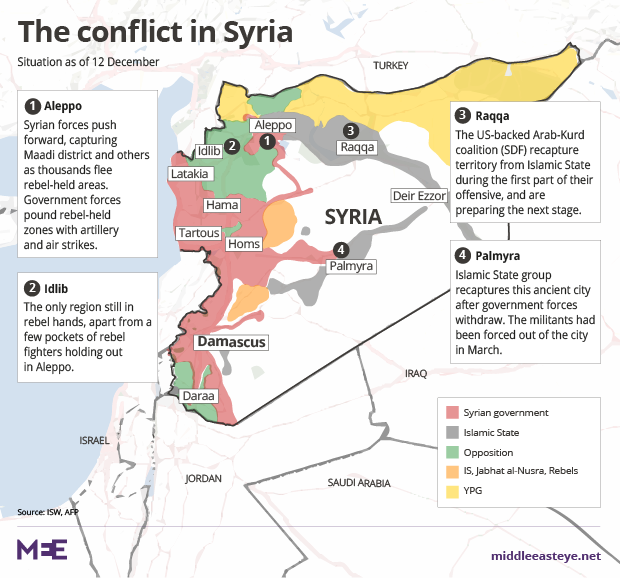 Kareem, who has worked as an independent journalist in northern Syria since 2014, has been trapped in Aleppo for weeks since the start of a Syrian government offensive which has cut off the fast-diminishing enclave from other rebel-held territory.

He has worked with media outlets including CNN and the UK's Channel 4 News. Critics accuse him of being too close to some of the rebel factions controlling some of the territory where he was able to operate, which include Jabhat Fateh al-Sham, formerly the al-Qaeda-linked Al-Nusra Front.

For Middle East Eye, Kareem has reported on the case of six children killed by a US air strike on the northern Syrian town of Atmeh in August 2015, as well as earlier this year interviewing Oliver Bridgeman, an Australian teenager stranded in Syria after Australia revoked his passport and issued a warrant for his arrest.

He has also covered the plight of civilians in eastern Aleppo and the Turkmen area of Latakia province.

In June he described how he had walked away unscathed from a suspected drone strike that destroyed the vehicle in which he had been travelling in the Aleppo countryside.

In messages posted in recent days, Kareem has posted video footage showing the increasingly desperate circumstances in which he has been operating as a "big-time journalist from America", including taking viewers on a tour of his "home" in which he pointed out curtains and tarpaulins hanging over doorways and walls which he said had been blasted away by explosions.

"Al-hamdulillah, we are happy to be here. This is the life that we chose and that is just the way that it is... No big deal," he said.