The two men have been missing since Sunday in Qatar, according to the GNRD, who it seems has very close links with the UAE Fears are growing for the safety of two British men reported missing in Qatar since 31 August. Doubts are emerging, however, about the authenticity of the organisation that employs the two men amid allegations it is a front for the UAE government.

Krisna Upadhyaya, 52, and Gundev Ghimire, 36, were due to fly to Norway on Monday but never arrived at the airport after checking out of their hotel in Doha. The two men are British citizens of Nepalese origin who were in Qatar investigating human rights abuses against migrant workers.

They were in Doha as employees of the Global Network for Rights and Development (GNRD), who said the men were legitimately assessing the working conditions of Nepalese workers in the Gulf State.

“They were engaging with authorities in a formal manner to see if any improvements had been made to working conditions. Another aim was to interview the Nepalese migrant workers inside their embassy,” said Evgenia Kondrakhina, chief executive of the GNRD, an organisation registered in Norway that claims to be a neutral human rights group.

Qatar has been heavily criticised for the “slave-like” conditions migrant workers are subjected to amid intense construction projects for the 2022 FIFA World Cup. Nearly a thousand workers died while working in the Gulf State during 2012 and 2013.

Kondrakhina said they have had no news from the two men since they sent a message to a friend on Sunday to say they were being followed by police. The GNRD suspect Qatari authorities have detained the men and the organisation expressed concern they have been “subjected to enforced disappearance” and are “at risk of torture.”

The GNRD said Qatari authorities have denied possessing any information about the two men.

Upadhyaya, the GNRD’s emergency department director since May this year, has previously worked with Anti-Slavery International while Ghimire is a freelance photographer.

Human rights groups have called on Qatari authorities to answer questions about the whereabouts of the men.

“It’s imperative that the Qataris reveal if they are holding them,” said Nick McGeehan, Gulf researcher at Human Rights Watch. “If they are, then the authorities must provide the men with proper legal access and allow consular assistance if required.”

“Investigating migrant worker abuse in Qatar is not a crime, hundreds of journalists have done this. Qatar deserves some credit for being a relatively open place for people to do this kind of research. If this incident marks a change in that attitude then that’s very concerning and should concern the Qataris too, particularly in light of the forthcoming FIFA report into allegations of corruption in the bidding process for the 2022 World Cup.”

No doubts have been raised about the credibility of the two men involved. However, doubts are beginning to emerge about the GNRD's intentions amid clear links to the UAE.

“They are supported by the UAE government for public relations purposes,” said an Emirati human rights activist, who asked to remain anonymous for fear of reprisals. “The GNRD published a fake human rights index last year that wrongly praised the UAE.”

The GNRD index currently ranks the UAE 12th in the world for its human rights record, two places ahead of the UK, seven places ahead of Germany and nine in front of France.

When asked about the validity of their index, Kondrakhina said a meticulous process was in place to ensure its accuracy.

“The human rights index is based on reports from several sources including from the UN and our volunteers,” she said. “Experts then evaluate all the reports and calculate the level of human rights giving our index. It’s a mixture of technical procedures and expert reports.”

The UN’s human rights reports on the UAE, however, have been less than favourable in recent times. Earlier this year the international body said it had found “credible evidence” of political prisoners being tortured and called into question the country’s judicial independence.

The UAE rejected the UN report and said it was part of a “politically motivated” campaign to tarnish its international image.

Doha and Abu Dhabi are going through a period of particularly sour relations. The UAE, Saudi Arabia and Bahrain withdrew their ambassadors from Qatar in March in protest at Doha’s support for the Muslim Brotherhood, which the other three Gulf States regard as a terrorist organisation.

The GNRD’s links to the UAE may reveal a more complex note to the disappearance of the two men. The organisation has a registered office in Dubai, where civil society groups must be approved by authorities and have faced harassment and closure in the past.

Human Rights Watch were denied entry to Dubai earlier this year, in a move described by the New York based watchdog as demonstrating “the government’s intolerance of free speech and fear of critical discussion.”

The GNRD has certainly not been in danger of criticising Emirati authorities and has issued a raft of positive reports about the country’s highly questionable rights record. It has also supported labelling the Muslim Brotherhood a terrorist organisation and praised this year's contraversial Egyptian presidential election as forging "a path to democracy".

Loai Mohammed Deeb, its president, owns Deeb Consulting - a marketing and management consulting firm based in the northern emirate of Ras al-Khaimah.

Beyond apparent links with the UAE, the organisation has a suspect profile on social media websites, boasting more than 1 million followers on Twitter despite only having tweeted just over 300 times.

“We are an international organisation and have been active all over the world for three years,” she said. “The countries we operate in have populations running into the millions, we have a huge network of youth groups, so you can imagine we are very well known. Our social media numbers are genuine, they are not fake.”

The GNRD and its apparent UAE links suggest that the disappearance of these two British workers could be a result of politics rather than investigations of human rights abuse.

The British Foreign and Commonwealth Office has said it is aware of the reports and is “looking into them”. 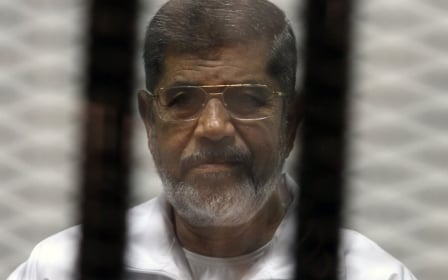