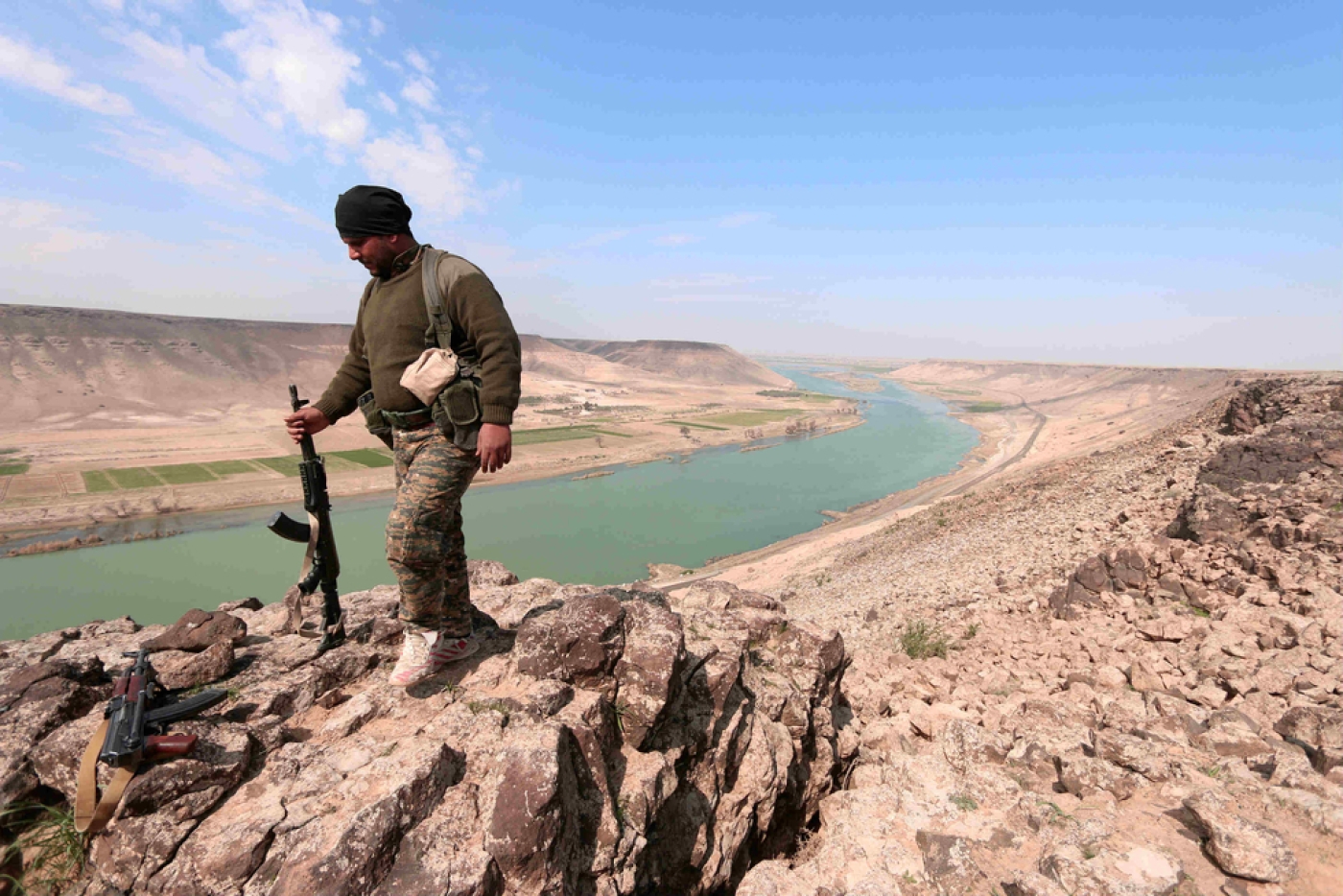 Fighting at a dam held by the Islamic State (IS) group in northern Syria put it out of service Sunday, risking dangerous rising water levels, a technical source told AFP.

A Kurdish-Arab alliance known as the Syrian Democratic Forces (SDF) is battling to take Tabqa dam and nearby Tabqa town from IS before advancing on the group's de facto Syrian capital Raqqa.

A source at the dam told AFP that the fighting had damaged its power station, forcing a halt to operations on Sunday.

"Shelling on the area ... that supplies that dam with electricity has put it out of service," the source said.

"The work needed to fix the problem is not possible because there is not sufficient staff available as a result of the intensive shelling in the area of the dam," he added.

"If the problem is not fixed, it will begin to pose a danger to the dam."

The source could not confirm what kind of shelling damaged the power station, but there has been heavy fighting nearby as well as air raids by the US-led coalition against IS in support of SDF fighters in the area.

SDF spokesman Talal Sello insisted there was no imminent danger to the dam, which is Syria's largest and sits on the Euphrates river.

"There have been no air strikes on the dam," he told AFP.

SDF forces were helicoptered behind IS lines last week by US forces to begin their assault on the dam, which is about 55 km west of Raqqa.

"We carried out this operation to land there to avoid shelling or damage to the dam," Sello said.

SDF fighters reached one of the entrances of the dam on Friday, battling IS in clashes in which fighters had been killed and wounded.

But the dam remains under IS control, with SDF progress being hampered by the exposed nature of the terrain, which is also heavily mined, the Syrian Observatory for Human Rights monitor said.

IS issued warnings through its propaganda agency Amaq that the dam "is threatened with collapse at any moment because of American strikes and a large rise in water levels".

The source at the dam told AFP there had not yet been significant water level increases, though he acknowledged levels would rise if the facility remained out of service.

Earlier this month, the UN's humanitarian coordination agency OCHA said water levels in the Euphrates had risen 10 metres since late January, in part from heavy rainfall and snow.

It warned that damage to the dam "could lead to massive scale flooding across Raqqa and as far away as Deir Ezzor" province to the southeast.

Any further rises in the water level or damage to the Tabqa dam "would have catastrophic humanitarian implications in all areas downstream," the UN warned.

More than 320,000 people have been killed in Syria since its conflict began in March 2011 with anti-government protests.

Meanwhile on Sunday SDF fighters said they had entered an military airport held by IS in northern Syria, according to a spokesman for the group.

"The SDF has taken control of more than 50 percent of Tabqa military airport. Fighting is ongoing inside the airport and its surroundings and full control of the airport is expected within the next few hours," Talal Sello told AFP.

The Syrian Observatory for Human Rights monitor said IS forces had withdrawn from the airbase under heavy artillery fire and US-led coalition air strikes.

IS has held the military airport since August 2014, and it carried out one of its worst mass killings there, of some 200 government soldiers.

The SDF is pressing an assault on the town of Tabqa, the nearby Tabqa dam and the airbase in preparation for an attack on Raqqa city, one of IS's last strongholds in Syria.

The group is under pressure on several fronts, with government forces backed by Russia attacking it elsewhere, along with rebel fighters supported by Turkish firepower.