A Bahraini man holds a placard bearing the portrait of Sheikh Ali Salman, head of the opposition movement Al-Wefaq (AFP)
By
MEE staff

A Bahraini appeals court on Thursday upheld an order dissolving the country's main opposition group despite international criticism of the Gulf kingdom's intensified crackdown on dissent.

A lower court had ordered the dissolution of the al-Wefaq association in July over accusations including "harbouring terrorism" and ordered its funds to be seized by the government.

The accusations also included inciting violence and encouraging demonstrations which threatened to spark sectarian strife in the Shia-majority country.

Wefaq is the largest political movement in Bahrain, but it is registered as a society because political parties are banned. In 2010 the society won more than 60 percent of the vote in parliamentary elections.

Wefaq was established in 2001, two years after King Hamad came to power, during what was described as a period of reform in Bahrain.

The court order to dissolve Wefaq drew criticism from UN chief Ban Ki-Moon, and the kingdom's allies in Washington and London.

Iran, which is repeatedly accused by Gulf foes of meddling in Bahrain's affairs, also condemned the order.

The dissolution came at a time of increased moves against opposition figures and human rights activists in the kingdom.

On Wednesday three Shia clerics were sent to prison for one year each after being convicted of holding an "illegal gathering". Since June more than 20 human rights activists have been barred from leaving the country, preventing them from attending the current United Nations Human Rights Council session.

The kingdom's leading rights activist - Nabeel Rajab - will be sentenced on 6 October and is facing up to 15 years in prison for critical comments about the Saudi-led war in Yemen.

UN High Commissioner for Human Rights Zeid Ra'ad Al Hussein criticised Bahrain during his opening statement at the Human Rights Council earlier this month: "The past decade has demonstrated repeatedly and with punishing clarity exactly how disastrous the outcomes can be when a government attempts to smash the voices of its people, instead of serving them."

Since the 2011 uprising King Hamad has been backed by close ally Britain in leading a claimed series of reforms aimed at improving relations with the publicy. However, with repression still widespread in Bahrain, activists have condemned Britain's support as giving support to an unreformed dictator.

Reacting to the decision to dissolve Wefaq Sayed Ahmed Alwadaei, director of advocacy at the London-based Bahrain Institute for Rights and Democracy, said: "Bahrain's rulers believe in crushing opponents and silencing voices of criticism as the solution for Bahrain. Dissolving Wefaq today is the last nail in the coffin of King Hamad's claims of reforms." 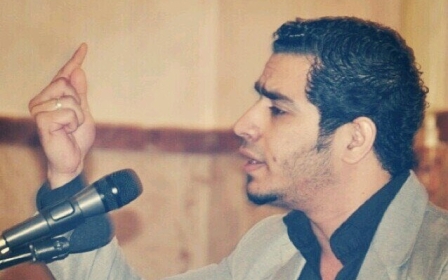