A teacher convicted of sex crimes in Saudi Arabia was publicly beheaded on Monday in the port city of Jeddah, according to official media.

"Mousa bin Saeed Ali al-Zahrani lured several underage girls and kidnapped them. He also threatened them and their relatives and physically assaulted them in his home," the Saudi Press Agency said, citing the interior ministry.

"He raped them, detained them, forced them to drink alcohol, and forced some to watch pornographic material."

The family of Zahrani, however, have pleaded in his innocence and said the teacher was convicted in a “sham trial”. Relatives complained to the late King Abdullah about the case and gained a stay of execution and a promise to re-open the investigation.

But on 23 January, the day Abdullah died, the family said they were notified by police insiders that an order had been reissued for an expedited beheading to take place on Monday.

Zahrani, who was married with six children, posted a video in April 2014 declaring his innocence and asking for a review of the verdict.

“I plead my innocence and swear to God that neither my religion nor my education, knowledge, age, fatherhood or upbringing allow me to even think of committing such an act, which can only come from ribald and mentally ill people,” he said.

“I strongly deny all that I am accused of. It is all unjust fabrication of the truth. The accusations I am being subjected to are not acceptable in our religion. They are malicious and have been magnified and manipulated.”

Friends of the family, who asked to remain anonymous, said the police investigator who arrested Zahrani was a relative of one his alleged victims and demonstrated an “obvious conflict of interest”.

The kingdom has faced constant international criticism over its human rights record, including the use of the death penalty.

The latest beheading brings a total of 16 people executed in 2015 by Saudi authorities. In 2014, 87 people were executed, with 72 taking place between August and December.

An independent expert working on behalf of the United Nations called in September for an immediate moratorium on executions in Saudi Arabia. But the interior ministry insists that the execution of convicts aims "to maintain security and realise justice".

Rape, murder, armed robbery and drug trafficking are all punishable by death in the kingdom. 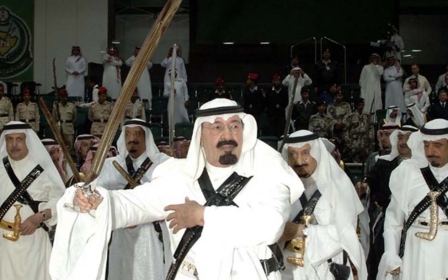