6,500 refugees and migrants picked up by Italian coastguard, with more boats expected to attempt voyage to Europe on Tuesday 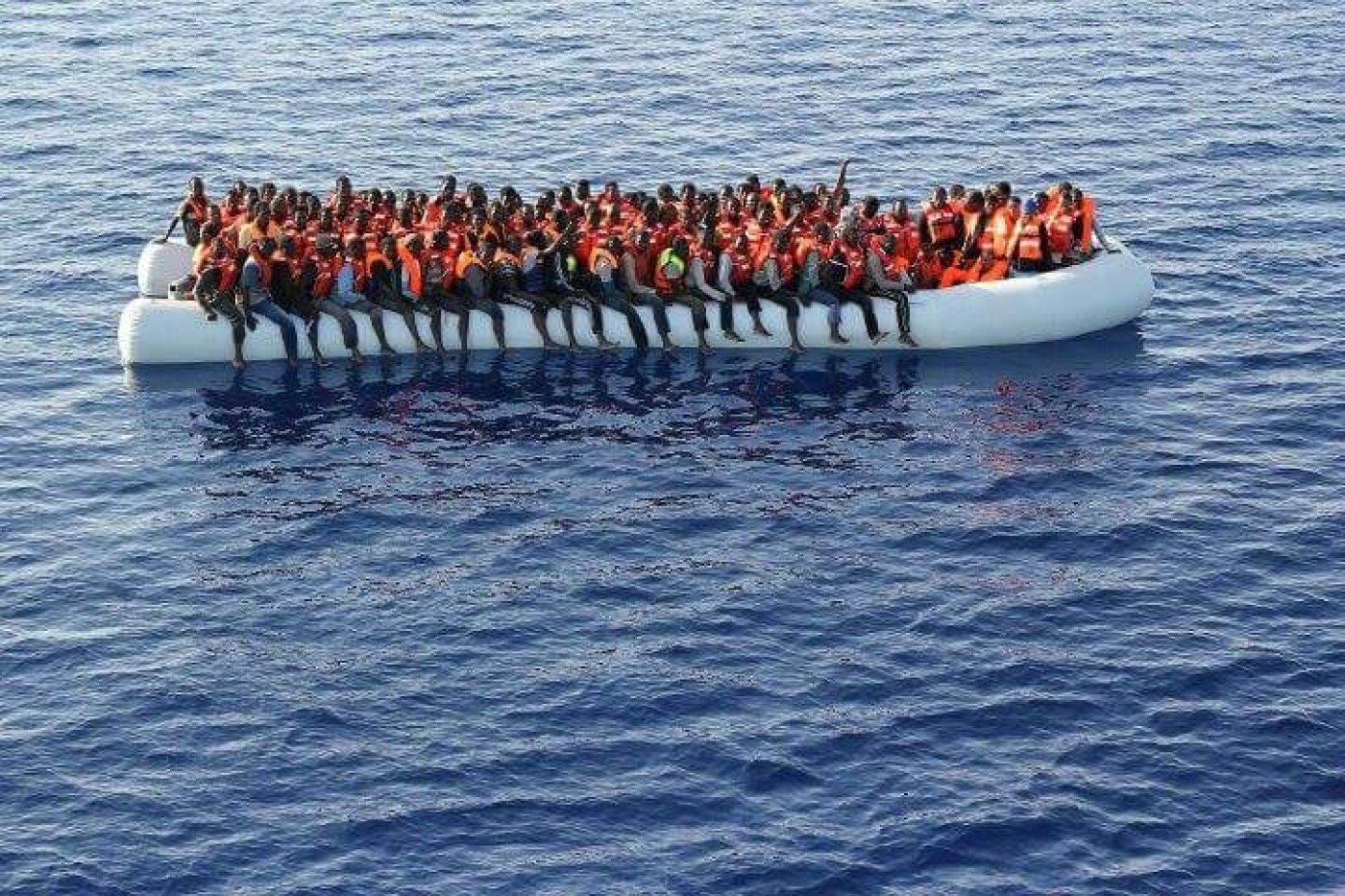 The Italian coastguard said it had coordinated the rescue of about 6,500 people off the Libyan coast on Monday as they were attempting to make the crossing from North African to Europe.

"The command centre coordinated 40 rescue operations" that included vessels from Italy, as well as the EU's border agency Frontex, and "saved 6,500 migrants," the coastguard wrote on Twitter.

Dramatic images of one operation showed about 700 people crammed onto a fishing boat, with some of them jumping off the vessel in life jackets and swimming towards rescuers.

Five-day-old twins were among those rescued along with other infants and airlifted to an Italian hospital, according to Doctors Without Borders (MSF), which took part in operations.

Amongst those rescued by #Dignity1 today is this sick 5 day old & its twin. @MSF is trying to organize a medevac. pic.twitter.com/rYAoQRFn9I

The day was described by those involved in the operation as one of the busiest days of life-saving in the Mediterranean in recent years during which large numbers of refugees seeking sancuary from conflicts in the Middle East and North African and migrants seeking economic opportunities have attempted to reach the European Union.

The Italian coastguard predicted that weather conditions would encourage the departure of further boats on Tuesday.

More than 3,000 people have died this year trying to make the crossing from Libya to Europe, an increase of more than 50 percent compared to the same period in 2015, according to the International Office of Migration (IOM).

The total number of arrivals in Italy this year now stands at 112,500, according to the UN's refugee agency and the coastguard, slightly below the 116,000 recorded by the same point in 2015.

Almost all of those people originate from West Africa and the Horn of Africa, often departing from Libya en masse when the sea is calm and a southern wind can push boats up into international waters.

Such days often come one after another, leading to large numbers of boats over a short period. More than 13,000 people were rescued in under a week at the end of May, and 8,300 more at the start of August.

The vessels are often flimsy and overcrowded while some of the people onboard set off in such poor health that even if the crossing is calm they cannot survive a day at sea.

In July, Italy launched a campaign on TV, radio and social media to warn African migrants of the many dangers they face trying to reach Europe.

Dubbed "Aware Migrants," the $1.6 million campaign is targeting 15 countries in West and North Africa, which have been major sources of the migratory wave.

It features people recounting their suffering at the hands of ruthless smugglers or enduring the perilous Mediterranean crossing. Refugees
Majority in 22 countries think there are too many immigrants: Poll