The fog-harvesting system used successfully in Morocco and other countries was designed by Fog Quest, a Canadian non-profit 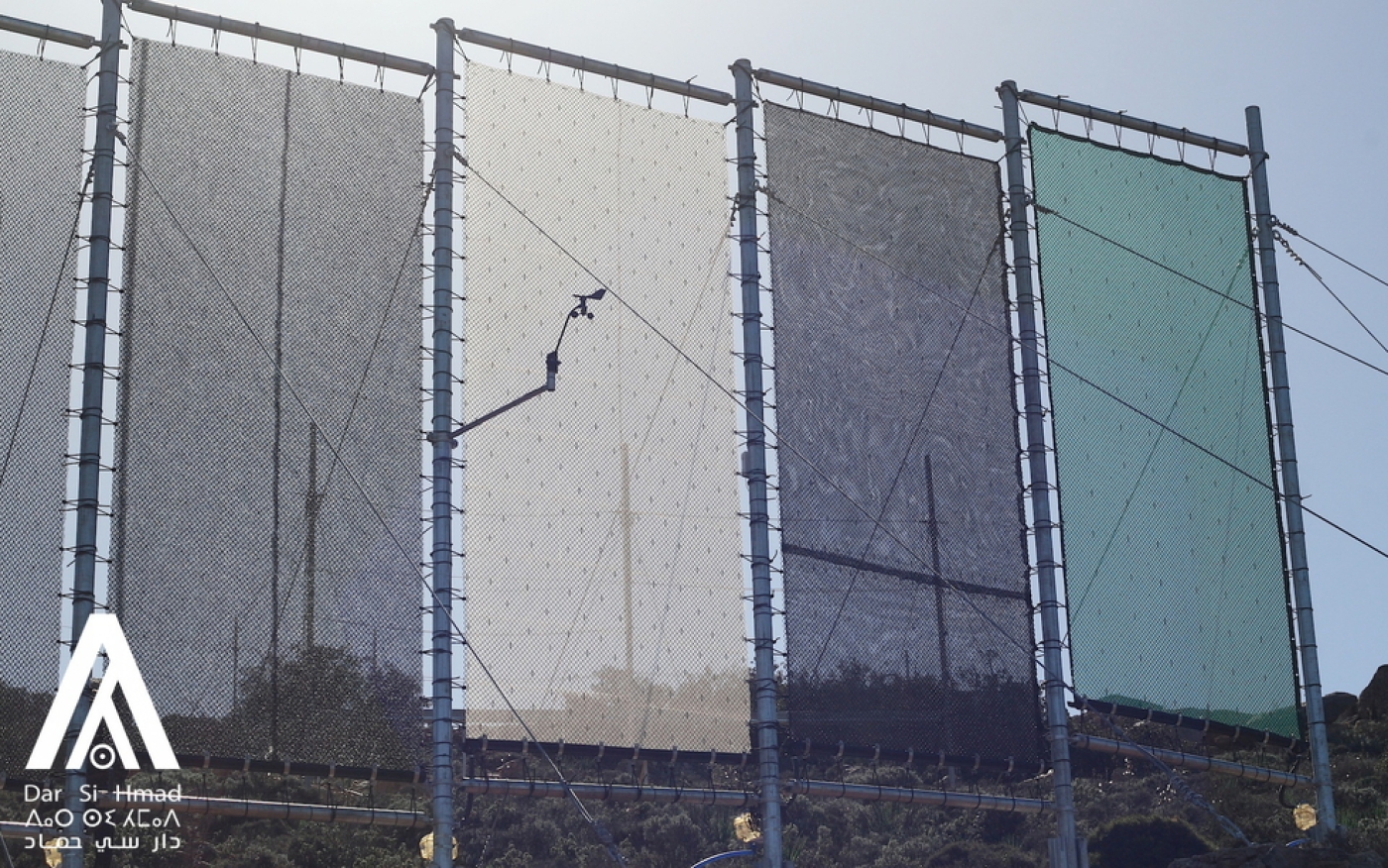 A solution to water scarcity in some of southwestern Morocco’s most isolated, rural communities may perch here – at 1,225 metres above sea level on a peak in the Anti-Atlas mountain range.

“Thanks to this project, more people have started to come back to the region because now they have water running in their households,” said Marouane Smaili, office manager at Dar Si Hmad, a Moroccan sustainability and culture group.

But the system now bringing water to five villages – directly into people's homes, two schools and a mosque – was initially met with scepticism by residents of Morocco’s Ait Baamrane region.

“It sounded to them very simplistic and reductionist. They believed that it was impossible. They started making jokes, some people thought we were coming searching for diamonds … But after they saw the water, they believed it,” Smaili said.

So what exactly is happening high in the Anti-Atlas mountains?

With mesh netting and steel poles, the local group is catching fog – and turning it into water.

The process is known as fog harvesting: given time to condense, fog transforms into droplets of water, and is then collected in underground basins, purified and pumped into people's homes.

About 400 people are now using water generated by fog collectors.

“The mountain serves as a barrier, so the fog goes up and up and up until it reaches the top of the mountain and that’s where we have the nets. So then we just catch the fog and harvest the water from the fog,” he said.

Smaili said a great deal of research went into understanding how – and where – fog harvesting would yield the most water in Morocco. Several factors are crucial, including fog density and wind strength.

The denser the fog, the larger the water droplets will be, Smaili said, and strong winds help propel that fog into the nets.

In the current system, the water droplets fall into a first reservoir, where sand and other contaminants are filtered out. In a second basin, the water is mixed with water from a well, to ensure that it contains the minerals that make it safe for human consumption.

“The fog water is pure, it does not have any minerals. You can drink it, but with time, it may cause some illnesses like goiter. So to add minerals, we mix it with water from the wells,” Smaili said.

A local man has been employed by Dar Si Hmad to fix tears in the nets or other damage to the system incurred by the strong winds in the area, which can reach up to 120 km/hour, Smaili said.

The organisation hopes to replace the existing system with a new model of fog catchers, which are better suited to withstand the strong gusts and will generate more water.

Smaili said he hoped the update, which is being launched in cooperation with a German water group, WasserStiftung, would bring water to three new villages in the near future and be fully operational by the start of 2019.

The fog harvesting system used in Morocco was designed by Fog Quest, a Canadian non-profit founded in 2000 to bring water to drought-stricken communities in countries around the world.

Fog Quest has set up fog-harvesting systems in South and Central America, the Middle East and North Africa. While it no longer operates a system in Yemen, founder Bob Schemenauer told MEE the group recently received inquiries from Saudi Arabia.

“Most of the interest tends to be along the western coast, the Red Sea coast, where there are a lot of very high cliffs and during a good part of the year there’s quite a bit of fog,” Schemenauer said.

He said the city of Salalah, in southern Oman, is also particularly well-suited for fog harvesting, given the area’s high density of fog and strong winds off the ocean. But those conditions only last for two or three months out of the year.

“So that means that whatever the application is, you have to be able to collect large amounts of water and then store it and use it that way at other times of the year. Each location is different in that regard,” he said.

In fact, Schemenauer stressed that fog harvesting only produces small to moderate amounts of water, meaning that complimentary sources are often necessary to provide access to water year-round.

“It’s never going to be a water supply for cities or for huge numbers of people. It’s simply not designed for that and there will have to be access to other sources of water for the cities in the future,” he said.

“It’s one tool that you use when you don’t have other conventional water supplies.”

In Morocco, Smaili said, an unpredictable fog-harvesting season has made sustainability a challenge.

“It gets worse with climate change. It’s becoming harder and harder to predict when we will have the fog,” he said, explaining that the fog season typically runs from December to July. “We also mix it with water from the wells so we have water all year long.”

Transporting the fog-harvesting equipment to an isolated, high-altitude area – about 1.5 to 2 hours from the nearest city, Smaili said – also involves a difficult and time-consuming journey.

But having 24-hour access to water has had an important impact on the way of life in Ait Baamrane, a traditionally Berber region made up of isolated, rural villages, he said.

In recent years, a drought fuelled by climate change pushed many local families to migrate to larger urban areas, or abroad, in search of work opportunities and a better standard of living.

“Now that they have water in their households, more families are convinced of staying. It also helps the local economy,” he said.

Traditionally, women and girls in the area would travel as many as three hours a day to fetch water from local wells, which kept them from attending school or participating in the workforce, Smaili said.

“There’s a proverb, that necessity is the mother of invention. And we really believe in this saying because it really works,” Smaili said. “If we believed when [people] said that this was impossible, then it would never have happened … and the issue would persist.” 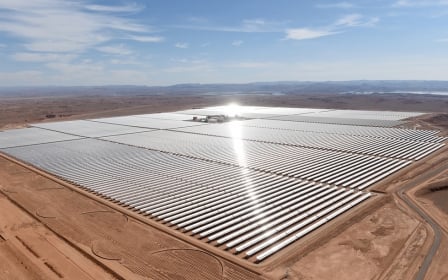