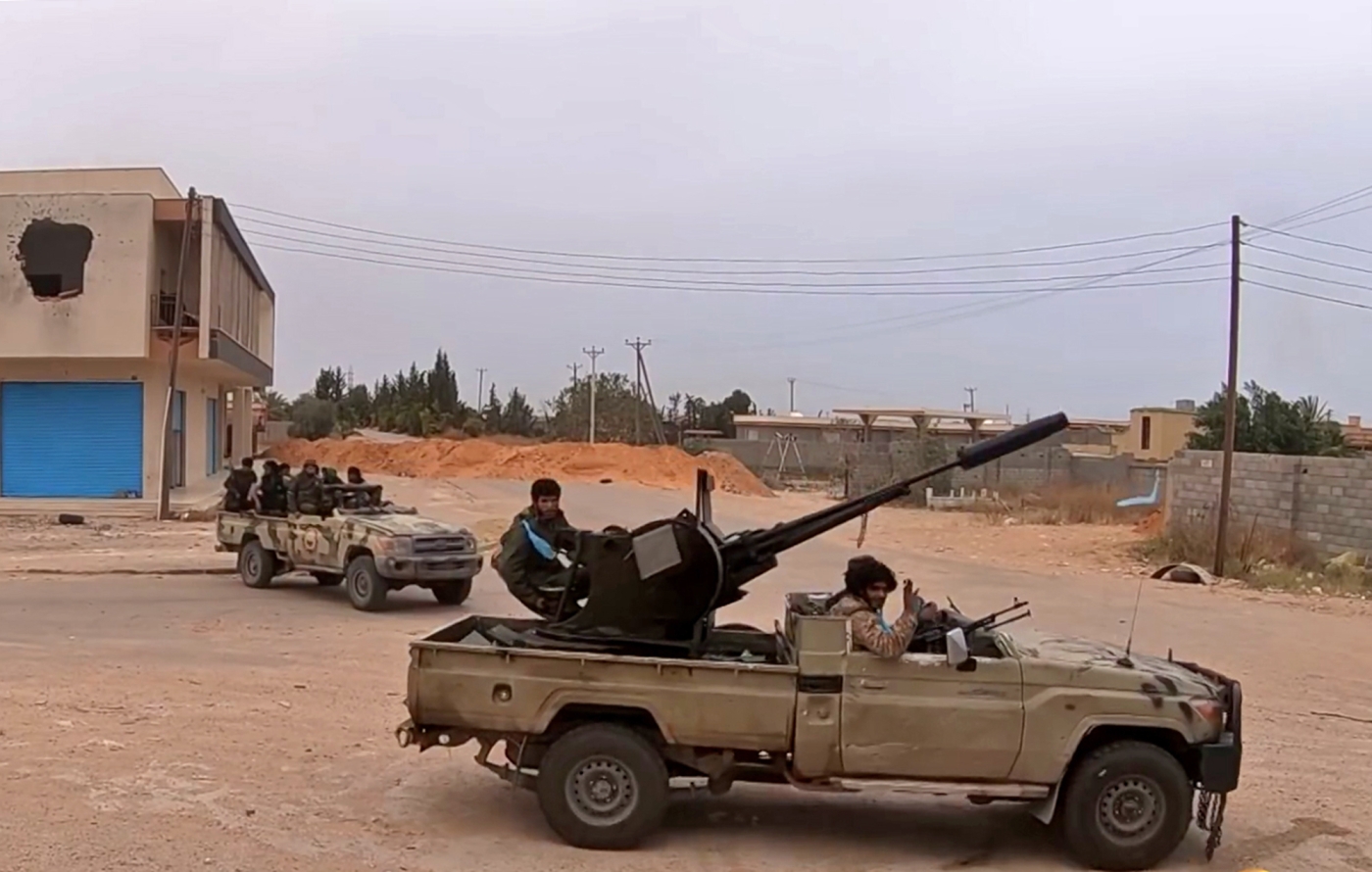 Ahmed al-Mesmari, a spokesman for Haftar's self-styled Libyan National Army (LNA), said the operation took "less than three hours," and his fighters "were in the heart of Sirte."

"The operation to liberate Sirte was quick and swift. The battle was based on secrecy and surprise," he added.

Residents said Haftar's fighters could be seen inside the city, after the LNA reported seizing the Saadi military camp and the al-Qardabiya air base.

"We can see convoys of [the] LNA inside Sirte ... they control large parts of the city now," a resident in the city centre told the Reuters news agency by phone.

Sirte lies on Libya's coastline and had been controlled by a militia from Misrata who is loyal to the Tripoli-based Government of National Accord (GNA).

A military source from the LNA added that the fighters from Misrata had retreated. The Misratans have been a key ally to the GNA and have been fighting on its behalf in and around Tripoli.

However, the GNA on Monday denied the reports, calling them "rumours."

"The situation inside Sirte is completely under control, and the clashes that took place on the eve of this day took place outside the city," it said in a statement.

The GNA has been fending off a months-long offensive by Haftar's forces, who are backed by the United Arab Emirates (UAE) and Egypt, and are also supported by fighters and mercenaries from Sudan and Russia.

Haftar, a former CIA asset, launched a military operation on Tripoli in early April after sweeping through much of Libya's south and capturing most of the country's oil installations.

In recent weeks there has been an escalation in fighting, shelling and air strikes around Tripoli. LNA forces carried out air strikes south of Sirte and on Tripoli over the weekend.

The latest developments come as Turkey prepares to deploy Turkish forces and equipment to Libya to help prop up its flagging ally the GNA.

The country is currently split between two rival administrations: the GNA, led by Prime Minister Fayez al-Sarraj, and the House of Representatives based in the eastern city of Tobruk, which is allied to Haftar. Syria War
For Syrians in Idlib, the road to Damascus does not pass through Libya