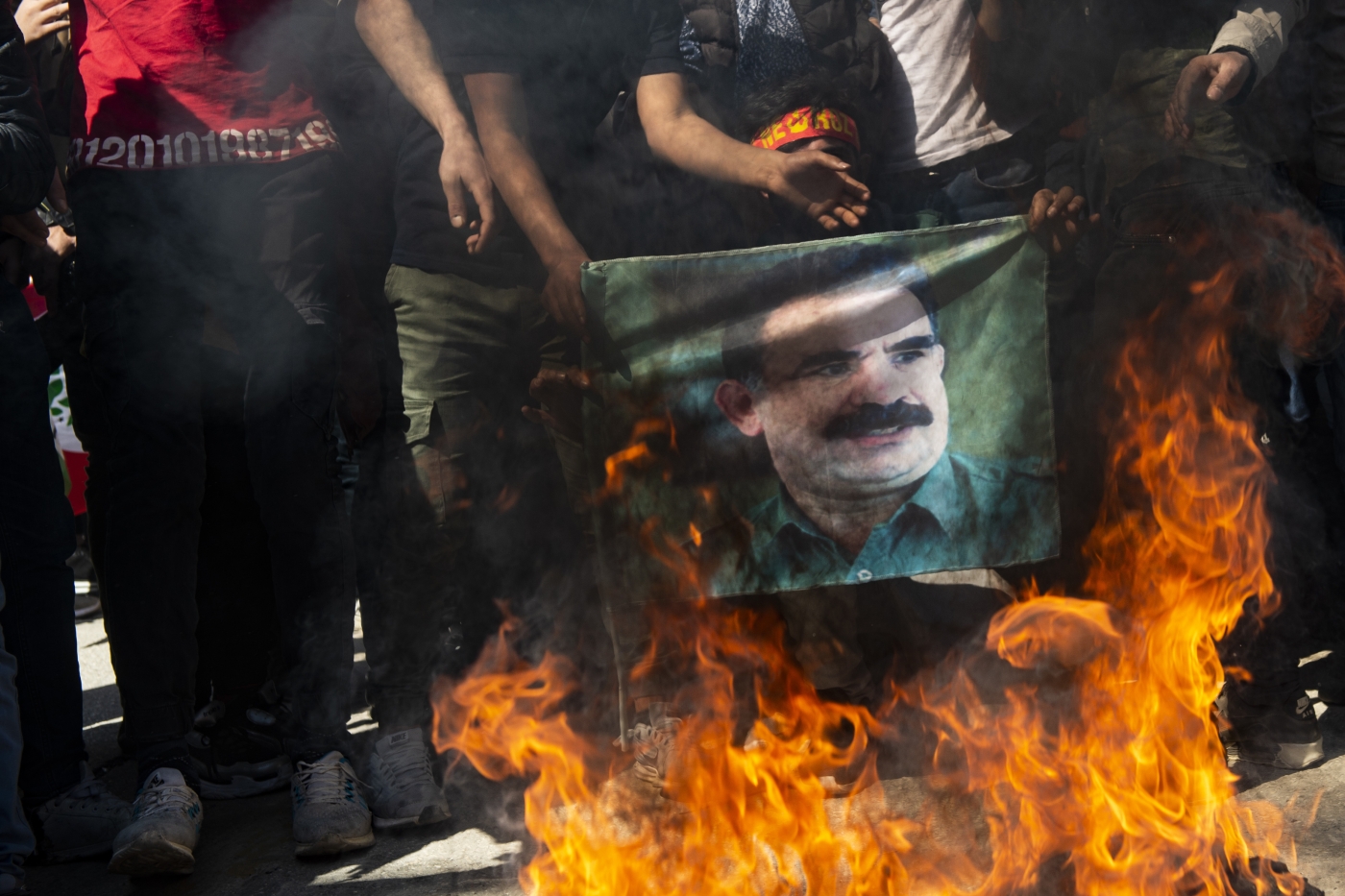 A Kurdish prisoner in Turkey committed suicide on Monday, the fourth such death to protest the conditions of jailed rebel Kurdish leader Abdullah Ocalan, a pro-Kurdish party official and an MP said.

The death of Medya Cinar came days after Zulkuf Gezen, 30, killed himself in Tekirdag Prison to protest against Ocalan's isolation.

Ocalan, the 70-year-old head of the Kurdistan Workers' Party (PKK), has been serving a life sentence on Imrali Island off the coast of Istanbul since his capture in 1999 and is being kept in near-complete solitary confinement, which was only interrupted in January by a visit from his brother.

The Turkish government has not allowed Ocalan’s lawyers or relatives to visit him since September 2016, following the collapse of the peace process between Ankara and the PKK.

MP Tuma Celik of the pro-Kurdish Peoples' Democratic Party (HDP) said Cinar had been charged with ties to outlawed Kurdish militants and killed herself in a prison in the southeast Mardin province, AFP reported.

Cinar was normally held in a prison in the eastern Van province, Celik added, but was brought to Mardin for a hearing in her trial after being arrested following clashes with authorities in 2016 in Nusaybin, a southern town on the Syrian border.

Nusaybin was under curfew for weeks during a military operation to push Kurdish militants out of the town, where the authorities said they had dug trenches and put up barricades.

The Mardin public prosecutor's office and justice ministry officials did not immediately respond to AFP requests for information on Cinar's death.

Sakar, a pro-PKK activist from Dersim, set himself on fire on 20 February in front of a court in Germany and died on 22 March of his injuries.

Gezen had been on hunger strike for nearly 140 days when he hung himself earlier this month in protest. Following his death, Tekirdag prosecutor’s office denied that his suicide was an "act of sacrifice" over Ocalan's isolation.

Ocalan, who was found guilty of treason by Turkey, cofounded the outlawed PKK, which has waged an insurgency against the Turkish state since 1984 and is proscribed as a terror group by Ankara and its Western allies.

He has not had access to his lawyers since 2011. Prominent Kurdish politicians such as Sebahat Tuncel, the co-chair of the Democratic Regions Party and former HDP deputy Selma Irmak have joined the hunger strike, calling for Ocalan to be granted access to lawyers and family members.

Gulan Cagin Kaleli, a spokesperson for the Platform to Track Hunger Strikes, claimed on 15 March that nearly 5,000 prisoners were on hunger strike over the issue.