Anne-Christine Lang, of Macron's En Marche party, criticised after saying she viewed the hijab as a 'symbol of submission' 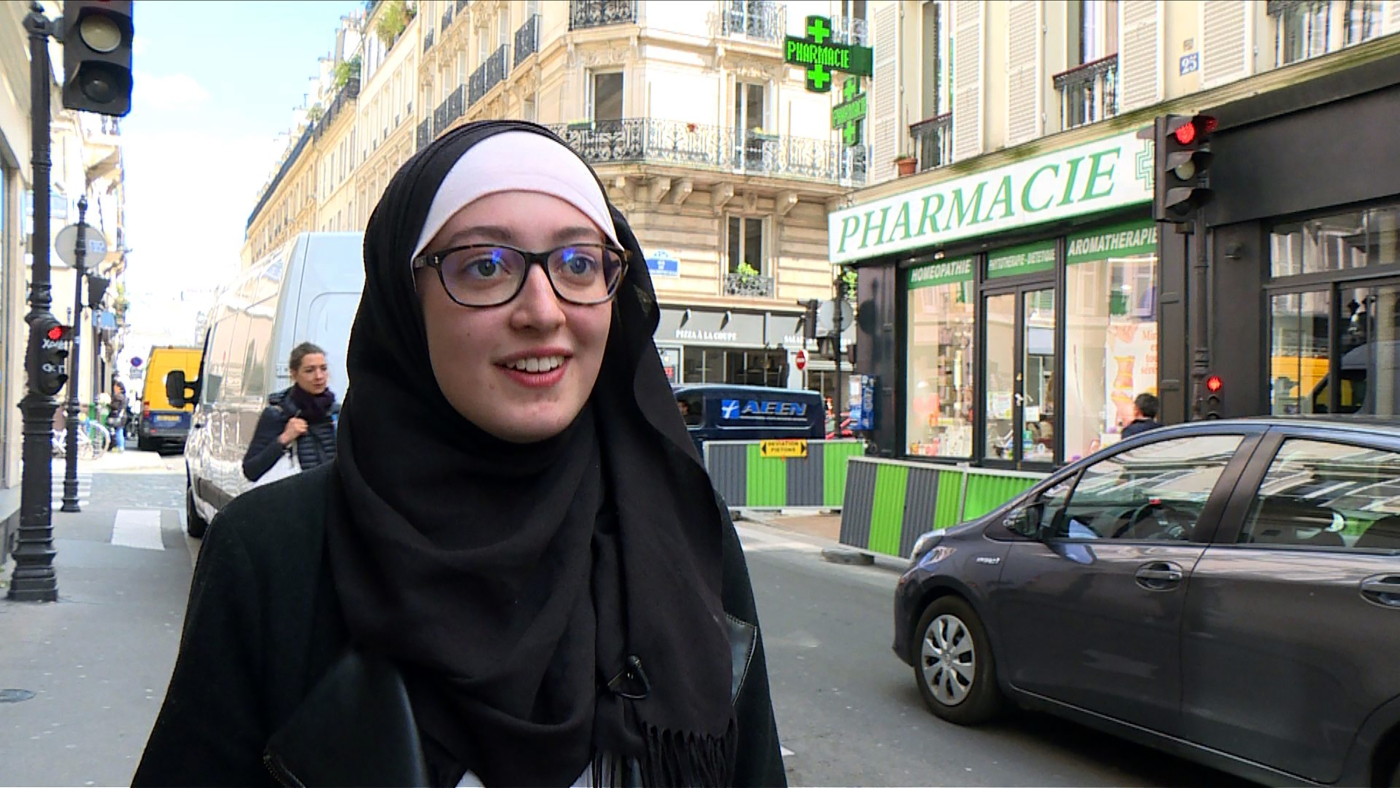 An MP from French President Emmanuel Macron’s La Republique En Marche party led a walkout at the country's national assembly on Thursday, in protest at the presence of a student union representative wearing a hijab.

Maryam Pougetoux, the spokesperson of the National Union of Students in France (UNEF), was attending a parliamentary inquiry examining the effects of the coronavirus crisis on the country’s youth and children when Anne-Christine Lang declared she was leaving the proceedings.

“I cannot accept that in the centre of the National Assembly, the beating heart of democracy… that we accept that a person appears in a hijab before a parliamentary inquiry committee,” she declared in a video she later posted on her Twitter page.

In a tweet later in the day, Lang stated that she viewed the hijab as a symbol of submission: "As an MP and a feminist, who values republican principles, secular principles and women's rights," she wrote, "I cannot accept that someone comes to participate in our work at the National Assembly wearing a hijab, which remains for me, a symbol of submission."

Under French law, MPs and staff in the parliament building are forbidden from wearing items of clothing or symbols which indicate an adherence to any religion.

However, the ruling does not apply to visitors who are asked to contribute to inquiries and parliamentary committees. Other MPs from the conservative Les Republicains party followed Lang by leaving the room.

Lang’s fellow party MP Sandrine Morch, who chaired the session, warned Lang she would not allow “this phoney debate about the hijab” to invade the inquiry, which was “supposed to work on the future and the present of young people in a very difficult situation”.

"Under the pretext of feminism, racist remarks are made," Melanie Luce, the president of UNEF, commented after the walkout. “Today, a veiled woman should not be accepted in the assembly, another shouldn't be able to go to the museum because of her cleavage. We don't differentiate between women.”

Luce was referencing an incident earlier this month when the Musee d'Orsay in Paris was criticised for preventing a French literature student from entering the building for wearing a low-cut dress.

A number of social media users criticised Lang for her decision and for declaring the hijab to be a symbol of “submission”.

1- Meanwhile in #France, the so-called color-blind nation: a French MP stormed out of an audition at the National Assembly because she found the presence of a Muslim woman wearing a Hijab unbearable and contrary to the values of the Republic. pic.twitter.com/EZcpOvQUMU

Translation: As a member of parliament and a feminist committed to values, secularism and women's rights, you must understand that many women wear the hijab by choice and are not forced to do so. I summarise: you shame your position and your responsibilities, you are racist.

Translation: The rules of the Assembly allow this woman to wear the veil, but Anne-Christine Lang has decided to put her "values" above the rules: that's separatism, isn't it?

Some called out Lang's actions as double standards by highlighting her tweet from October 2019, in which the MP criticised a French politician who described the hijab as “undermining secularism” by stating it was racist to say so and that everyone “is free to dress as they want”.

Translation: No madame, nothing to do with Laicaite, this is racism.

Others questioned how genuine the MP’s principles were by bringing up a story from last year in which Lang was one of 15 parliamentarians investigated for possible breach of funds.

Translation: So Anne-Christine Lang leaves the meeting because she cannot "accept within the assembly, the heart of democracy or the rules of the founding values of the republic" a woman in a hijab takes part in its work. Corruption and stealing from the funds of this assembly is OK?

France has the largest Muslim minority in Western Europe, with a population of around five million Muslims. A ban on headscarves and other "conspicuous" religious symbols at state schools in France was introduced in 2004.

France was also the first European country in 2011 to ban the niqab, the full-face veil, in public places.

This is not the first time Pougetoux has been at the centre of controversy. In 2018, she was criticised by then-Minister of State for Gender Equality Marlene Schiappa and many other political figures when she was appointed as leader of the Sorbonne chapter of UNEF and appeared in an interview on the channel M6 discussing student protests against government reforms.

UNEF’s political positioning was questioned by Schiappa and the interior minister at the time, Gerard Collomb, accused Pougetoux of “proselytising” for taking up the position and wearing a religious symbol, which he described as “shocking”.

“It is quite pathetic on the part of an interior minister to have such violent words," Pougetoux said in a rebuttal at the time. "My veil has no political function. That's my faith.”

Satirical magazine Charlie Hebdo was also heavily criticised for putting her on its cover with a drawing which many considered racist.

Secular groups like Le Printemps Republicain, created in 2016 to defend the French republican ideal of laicite, which separates church from state, have been accused by critics of using the concept to suppress Islam in France.

Earlier this month, a video showing a young Muslim woman giving student budgeting tips at the start of the new university year was responded to by French journalist Judith Waintruab with the words “11 September”, in reference to the World Trade Centre attacks in New York in 2001.

Translation: It's back to university. To cook without an oven and for a budget of 60 euros per month. Here are the good cooking tips.

Waintruab has previously stated that conversions to Islam in the country should be reported to the police in order for them to be investigated.

Last year, Senate President Gerard Larcher stated he was against “everything that could lock women up”, after French sports brand Decathlon introduced a range of hijabs for runners.

The same year, a Muslim mother who wore a headscarf during a school trip with her son to the regional parliament in Bourgogne-Franche-Comte in eastern France received verbal abuse from the chamber when a politician from Marine Le Pen's far-right National Rally ordered her to remove her veil.

Emmanuel Macron has previously stated that the hijab is “not in accordance with the civility of our country”. 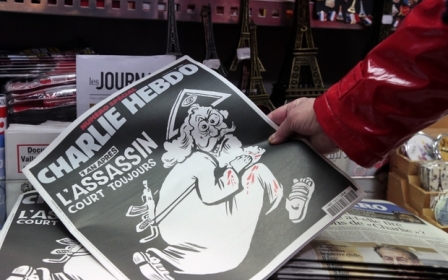