'I love France, but I left': The Muslims who decide to emigrate

With Islamophobia on the rise in politics and on the street, many Muslims are leaving France. With bitterness and often without regrets 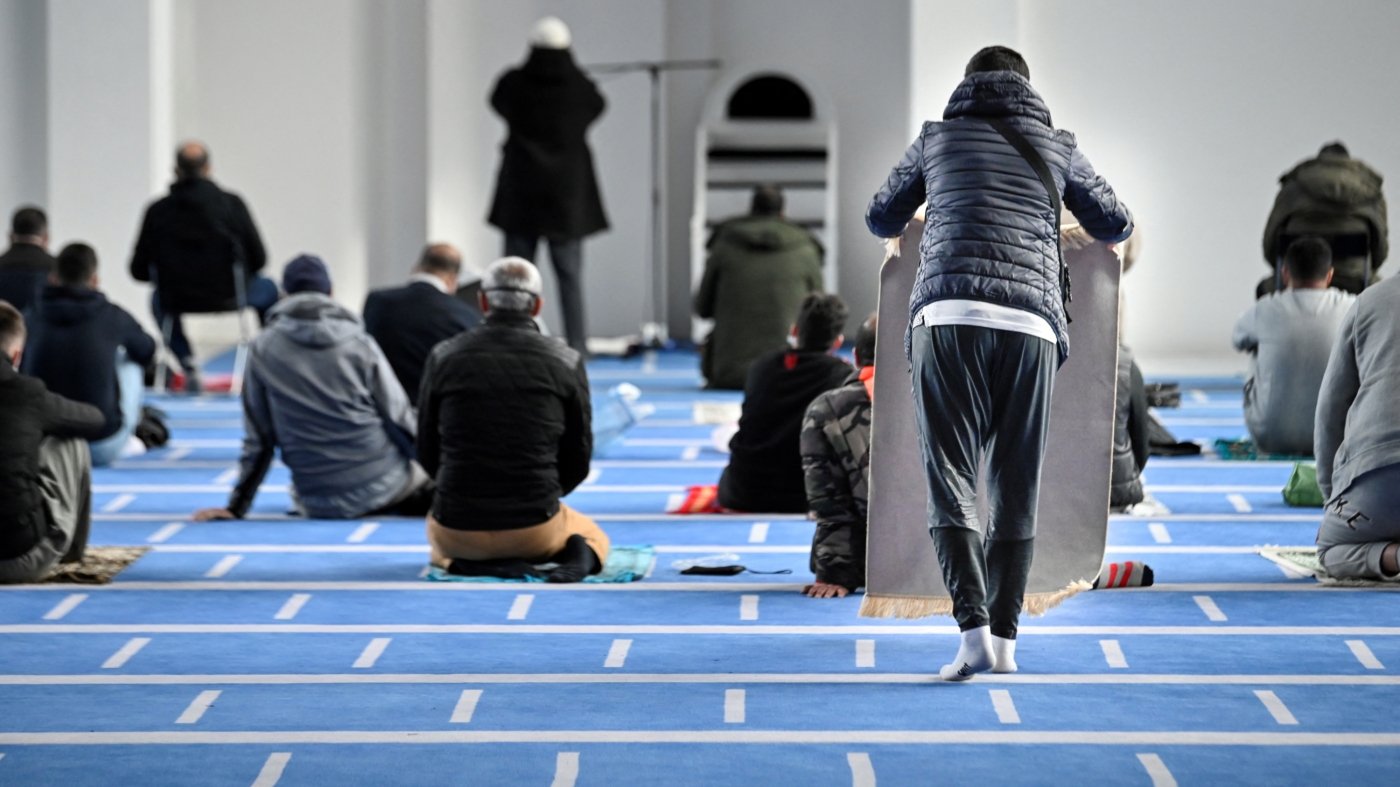 Muslim worshippers pray on the first day of the holy month of Ramadan on 13 April 2021, at the Annour mosque in Mulhouse, eastern France (AFP)
By
Céline Martelet
, Noé Pignède

"I didn't feel at home there anymore," said Bilal, 27, without a moment's hesitation, when asked why he and his wife, Rahma, left France two years ago.

Since then, the couple, of Algerian and Tunisian descent, have settled in Istanbul, Turkey.

"I was born in France, I had only been to Algeria a couple of times on holiday. I don't even speak Arabic! I'm French historically and culturally, but I felt I was seen as less than a fully fledged citizen," Bilal told Middle East Eye.

When he thinks back to his day-to-day life in France, Bilal recalls his constant fear of being viewed as an outsider.

One time in particular that sticks in his memory was the day when his line manager told him his employment had been a source of debate among the staff.

The reason? He was an Arab with a beard.

"I was tired of being obliged to work twice as hard to prove myself," he said. "And honestly,  it didn't always work out."

Fateh Kimouche is the founder of the website Al Kanz, a platform for French Muslim consumers.

"You see, it's like when you love a woman but you can't live with her anymore," said Kimouche, in reference to the growing numbers of his fellow Muslims leaving France.

'It's a silent exodus. Everyone says the same thing: I love France but I'm leaving. Their primary motivation is escaping Islamophobia'

In his community, Kimouche is now seeing entire families leaving the country.

"It's a silent exodus. These people all say the same thing: I love France but I'm leaving. Their primary motivation is escaping the climate of Islamophobia. It's a stressful way to live," he said.

In 2021, the French interior ministry recorded 171 Islamophobic attacks, an increase of 32 percent in just one year.

In parallel, attacks against other religions have fallen, with, for example, antisemitic attacks down by 15 percent.

As collecting ethnic data remains banned in France, it is impossible to measure with any degree of accuracy the number of Muslims leaving the country.

But Michel Pham, creator of Muslim Expat, a website supporting French-speaking Muslims living overseas, sees a clear trend emerging. "Right now, our websites are getting about 7,000 visits per month," he said. "And enquiries are increasing in number."

On the website discussion board, the most common questions asked concern the living conditions in countries such as the UK, Canada, Turkey, and the United Arab Emirates.

"You may be surprised to know that, despite it being the heart of Islam, very few people want to go and live in Saudi Arabia," said Pham.

"They don't really have the infrastructure to attract families, there are no parks for the children... Plus, Muslims leaving France are looking to go somewhere that at least gives everyone their basic rights."

Muslim women are very often the driving force behind the departure of an entire family because many cannot find work in France that matches their skills and training.

In an interview with Lallab, a feminist association, sociologist Fatiha Ajbli said that Muslim women face a dilemma of "choosing between the freedom of working as a French woman and the freedom of wearing the hijab as a Muslim woman".

'The first question I was asked during the interview was 'are you going to take off your hijab?'

These two freedoms sit uneasily together in French society, where the secularism principle is often interpreted restrictively.

In constitutionally secular France, public sector employees are not allowed to wear religious symbols, including the hijab.

Although this does not apply to workers with private companies, these can still legally prohibit the wearing of the hijab as long as it is for hygiene or safety reasons and, in practice, very few companies at present will agree to employ women wearing the hijab.

"When I lived in France, I applied for a job in a public hospital. The first question I was asked during the interview was 'are you going to take off your hijab?'" Diaba, a 39-year-old nurse, told MEE.

"There was me thinking they were short-staffed," she said, scornfully, from her home in Quebec, where she immigrated eight years ago, an easy choice, especially financially, since she earns twice the salary of her French counterparts.

"Of course, I miss my family and my friends. But when I watch the French news channels, I tell myself I did the right thing by leaving."

Rahma has also launched a YouTube channel, with nearly 35,000 subscribers, which she uses to talk about her day-to-day life in Turkey. Their one-and-a-half-year-old daughter was born there.

"It's extremely important to me that she doesn't have to deal with being eyed with suspicion because of her religion. That kind of thing leaves its mark on you," said the 25-year-old French woman.

"If one day she decides to wear the headscarf, I don't want her getting reproving looks. People don't realise how humiliating it is to have to, for example, remove your headscarf to go into a school or a college. If she takes it off, I want it always to be her choice."

Since Article L-141-5-1 was introduced into the French Education Code on 15 March 2004, children at public schools and colleges have been prohibited from wearing "conspicuous" religious symbols. 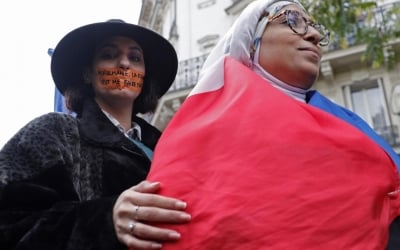 The young couple have left France, but this does not mean they have entirely escaped anti-Muslim racism. On social media, where they are highly active, they still receive very regular hate mail.

"Yesterday, someone posted a comment on one of my videos. A single word: 'cockroach'. I asked them to explain. His answer was, 'you, cockroaches, you don't know how to integrate!'" Rahma said.

Medhi, 42, has been living in London for 11 years and has no intention of returning to France.

"From the moment I stepped off the Eurostar in 2011, it became obvious to me that religious symbols are not synonymous with tension. In the street, I walked past policewomen wearing the hijab," the football agent said.

"Things in France are going from bad to worse. The language used during the presidential campaign reached an intolerable level of violence. I wouldn't go back for a million euros."

It seems that many of the Muslims leaving their home country are highly qualified. But for these young people, expatriation is first and foremost a way of breathing new life into their careers.

"It's unfortunate for France because France gave us everything we have. It's the country where we trained. Where we understand the lie of the land," said Pham, from the website Muslim Expat.

Kimouche, however, has harsher words: "I see it as a terrible waste. It's sad... crazy sad.” 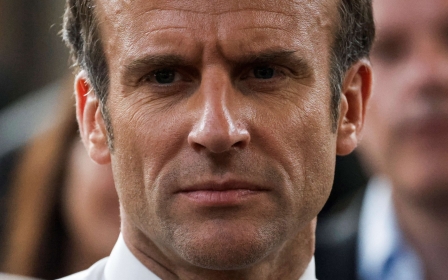 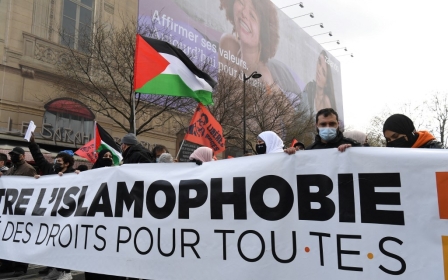 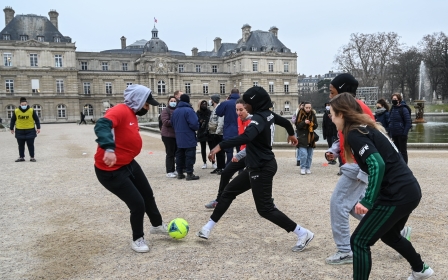 France
'Let us play': Women in France hit back after vote to ban hijab in sports