President Macron declares 'France is under attack' and orders deployment of 7,000 soldiers across the country 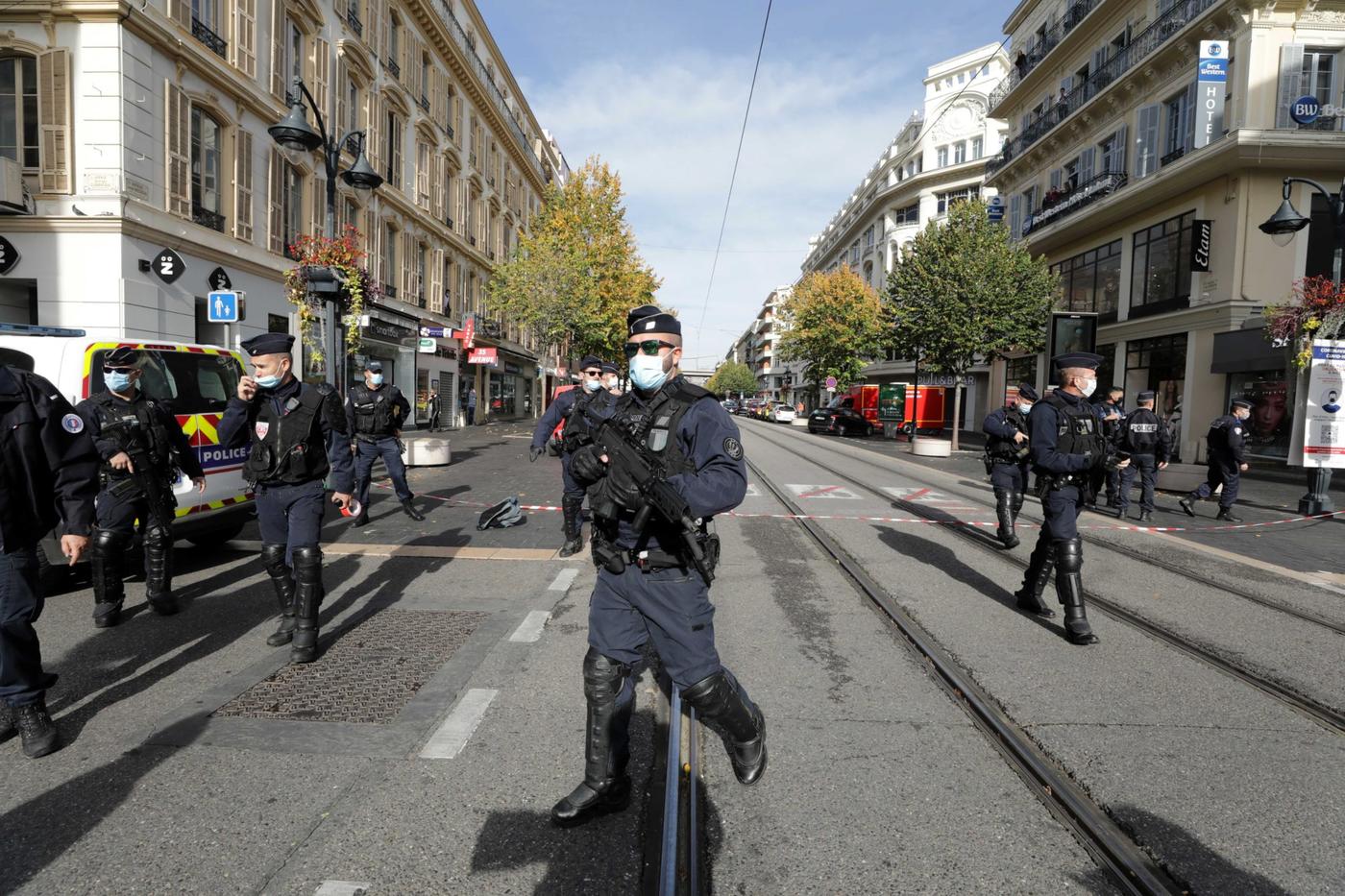 French security forces guard the area after a knife attack at Notre Dame church in Nice, France, on 29 October 2020 (Reuters)
By
MEE and agencies

Three people were killed and several others injured in the French city of Nice on Thursday morning in a knife attack at a church that has been described by local officials as "terrorism".

Hours later, police shot dead a man with a weapon reportedly threatening people and shouting "Allahu Akhbar", in Avignon, another town in southern France, as the country was placed on high alert.

French President Emmanuel Macron visited Nice later on Thursday, and vowed "France will not give up on our values" after what he called an "Islamist terrorist attack".

Macron offered condolences to the country's Catholics after the killings, and urged people of all religions to unite and not "give in to the spirit of division".

"It is France that is under attack. Therefore I have decided to deploy more soldiers in the coming hours. As part of Operation Sentinelle, we will increase the number of soldiers [deployed] from 3,000 to 7,000," he said in a speech, later posted on Twitter.

Meanwhile, in Saudi Arabia, a citizen stabbed a guard outside the French consulate in Jeddah. The attacker was arrested, and France has asked its diplomats and citizens to take extra safety precautions.

Commenting on the Nice attack, several police sources told AFP that "all leads are being considered, but at this time we don't have Islamist motive (confirmed)".

A judicial source added that the knifeman called himself "Brahim" and said he was 25 years old. Police have yet to officially identify him.

Nice Mayor Christian Estrosi said on Twitter the knife attack had happened in or near the city's Notre Dame church, and that police had detained the attacker.

The prosecutor's office and national police said an investigation had been opened into an attack with a terrorist connection after Thursday's stabbing.

Police confirmed three people had been killed, adding that one of the victims, a woman who was inside the Notre Dame church, was decapitated by the attacker, while the other two fatalities had been stabbed to death.

Estrosi told reporters that the attacker was shot by police but remains alive and had been taken to hospital.

In Avignon, police sources speaking to Le Monde indicated that the man shot dead in the city had previously identified himself as being affiliated to far-right group Generation Identity.

Police sources told Le Midi Libre that the situation in Avignon was not deemed to be a "terrorist act" at the time.

Sources told the newspaper it remained unclear whether the man killed by police was holding a real or fake weapon.

Thursday's attacks come in the wake of the murder of Samuel Paty, a French schoolteacher who was beheaded on 16 October by a young man of Chechen origin who said he did so after Paty showed cartoons of the Prophet Muhammad during a class on freedom of speech.

It remains unclear what the identity and motives of Thursday's attackers were.

Interior Minister Gerald Darmanin held a crisis meeting as he warned people to avoid the site of the Nice attack.

Since Paty's murder, President Macron has doubled down and defended caricatures of the Prophet Muhammad as part of the right to freedom of speech - angering many in the Muslim world and leading to calls for a boycott of French goods, as depictions of Muhammad are generally prohibited in Islam.

Muslims in France have also seen a backlash, with a number of verbal and physical attacks reported against Muslim women.

On Wednesday, the French government decided to dissolve the Muslim charity BarakaCity, alleging the organisation and its founder were "disseminating... hateful, discriminatory and violent ideas". BarakaCity has rejected these accusations. 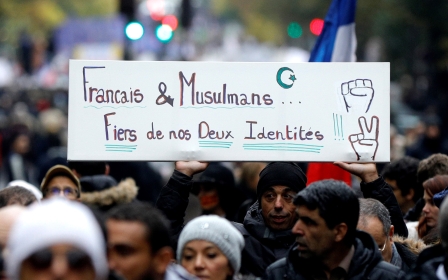 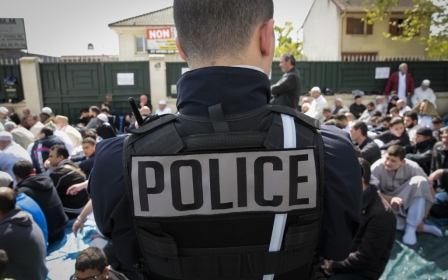