Salah Hammouri at the offices of the al-Haq Centre for Applied International Law in Ramallah, West Bank on 8 November 2021 (AFP)
By
Edna Mohamed

A new lawsuit was filed on Tuesday in France against the Israeli spyware company, NSO Group, over its alleged surveillance of the French-Palestinian human rights activist and political prisoner Salah Hammouri.

In October 2021, the Dublin-based NGO Front Line Defenders uncovered the hacking of six Palestinian activists, including Salah, using the Pegasus software, which was later confirmed by both Amnesty International and the Canadian think-tank Citizen Lab.

The investigation into the human rights defenders confirmed that Hammouri’s phone had been hacked using the software in April 2021.

In December, Salah reached out to the International Federation of Human Rights (FIDH) to represent him in filing a legal complaint against the NSO Group because their spyware’s infiltration had deprived him of his right to privacy. The NSO Group has been facing several lawsuits worldwide over the illegal use of its surveillance software, Pegasus.

A press release by FIDH said that due to the illegal surveillance occurring on French soil after first beginning in the Occupied Palestinian Territory, the acts of the NSO Group constitute "a violation of the right to privacy under French law".

Clémence Bectarte, Coordinator of FIDH's Litigation Action Group, told Middle East Eye that it was the willingness from Salah to share the discovery of the investigation that allowed them to take the complaint to the Paris courts, especially as Salah holds a dual citizenship with France and some moments when he was hacked happened on French soil.

But Bectarte explained that for her organisation, "it's really important that the judiciary, independent judges are able to investigate the case, and to establish factually and legally the intrusion through the Pegasus spyware into Salah's phone".

"We also want them to establish precisely the moments where he was subjected to this infiltration, and, of course, to establish the consequences," she added.

However, since Salah's administrative detention by Israeli forces, Bectarte explains that they have not been able to contact him.

On 7 March, Salah's house in Kufr Aqab was stormed by Israeli forces, and he was arrested and transferred to Ofer Israeli Military Prison.

According to Addameer, Salah has been targeted by Israeli occupation authorities over the years, made subject to arbitrary arrests, administrative detention without charge, and travel bans against him and his family.

The administrative detention lasts a period of three months and is subject to indefinite renewals, according to the emergency regulations applied by the Israeli military commander in the West Bank.

In October 2021, Israel’s Minister of Interior issued a decision to revoke Salah's permanent Jerusalem residence card based on an alleged “breach of allegiance to the State of Israel” and allegations of affiliation with “terrorist entities”.

The move to revoke his residence card would mean that Salah, born in 1985 in Jerusalem, would be expelled. It also set a dangerous precedent for Israeli authorities to withdraw the residencies of Palestinian Jerusalemites.

Salah, 36, has become one of the more critical cases of the Israeli occupations, harassment and persecution of Palestinian human rights defenders.

In Amnesty International’s report on Israel’s crimes of apartheid, Salah’s case was referenced in the illegal practice by authorities of forcible population transfer, deportation, and demographic engineering. 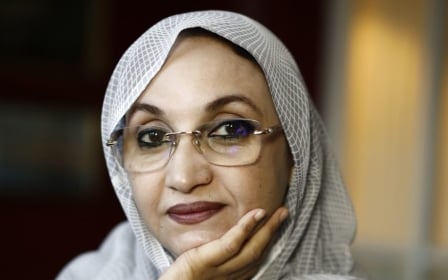