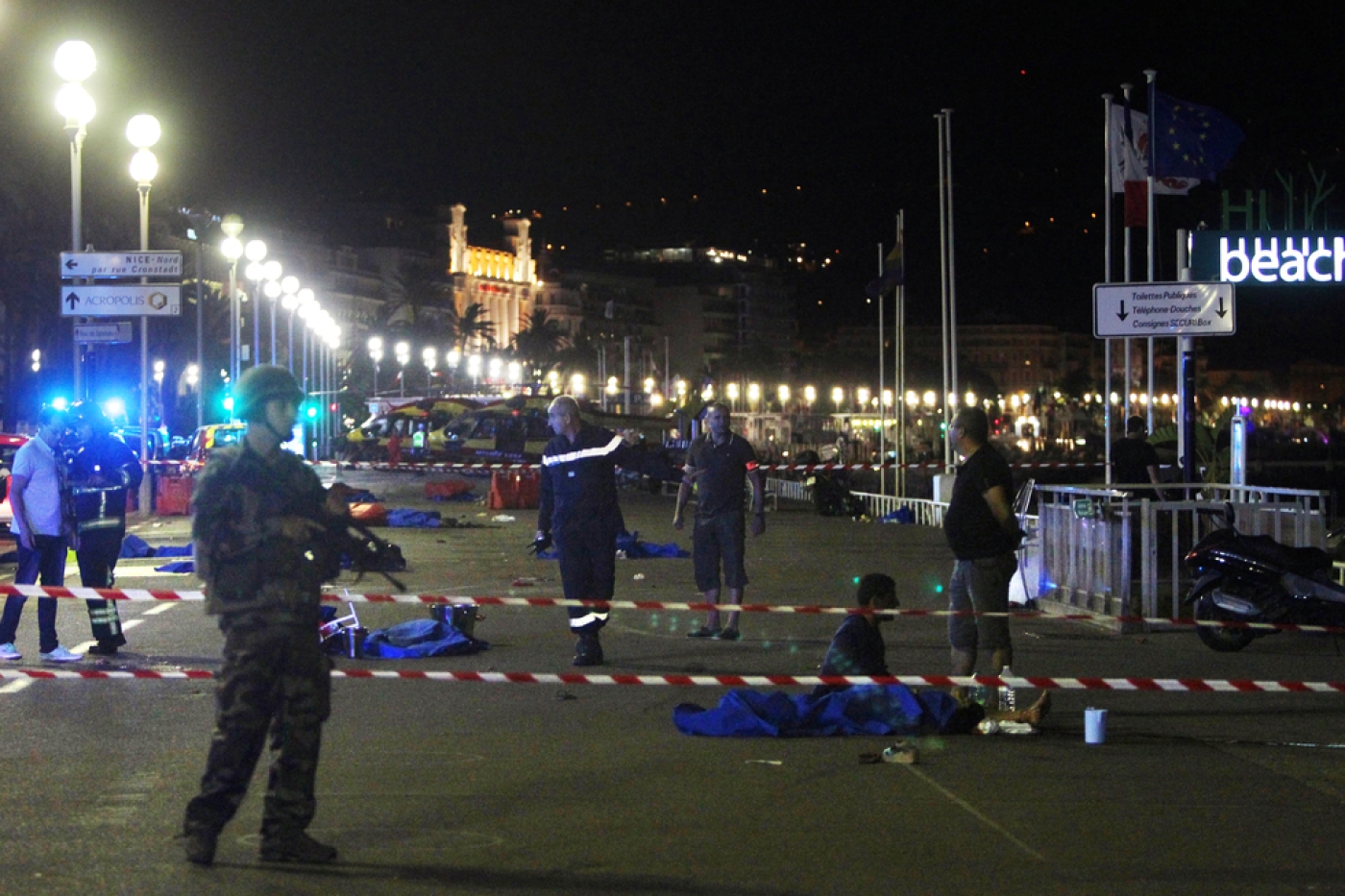 Soldiers, police officers and firefighters walk near dead bodies covered with a blue sheets on the Promenade des Anglais seafront in the French Riviera town of Nice on 15 July 2016 (AFP)
By
MEE and agencies

French Prime Minister Manuel Valls was booed in Nice on Monday before and after the minute of silence for the victims of the devastating Bastille Day attack.

Shouts of "Murderers!" and "Resign!" rang out as Valls and two ministers left the seafront where a huge crowd gathered to remember the people killed in the lorry rampage that left 84 dead and 300 injured, many critically.

Anger over the failure of the French security services to prevent the Nice attack, the third major incident in 18 months on French soil, has been growing in the wake of Thursday's mass killing.

Mohamed Lahouaiej-Bouhlel, a 31-year-old Tunisian, rammed a 19-tonne truck into a huge crowd leaving a fireworks display in the seaside city, killing 84 people and injuring about 300.

On Monday, a Paris prosecutor indicated that the suspect had searched online for IS propaganda and looked up articles about the Orlando shootings.

Links between the Nice truck attacker and "terrorist networks," including the Islamic State (IS) group which has claimed the killings, "have not yet been established by the investigation," France's interior minister said on Monday, however.

"We cannot exclude that an unbalanced and very violent individual" has been "through a rapid radicalisation, committed to this absolutely despicable crime," which killed 84 people, Bernard Cazeneuve told France's RTL radio.

IS said one of its "soldiers" carried out the attack in response to its calls to target countries from the US-led coalition engaged in air strikes against the group.

The attack was the third major terror strike on France in 18 months, and Cazeneuve hit out at opposition politicians who have fiercely criticised the government for not doing enough to stop the bloodshed.

Former president and main opposition leader Nicolas Sarkozy said on Sunday that "everything that should have been done the past 18 months was not done".

Cazeneuve described the politicians as "shameful".

"Certain members of the political class have not respected the mourning period. Arguments broke out right away which personally saddens and shocks me," he said.

Around 250 people have been killed in total since the assault on the offices of Charlie Hebdo in January 2015. Nice Attack
Bastille Day attack: 'For the people of Nice, the summer is over' 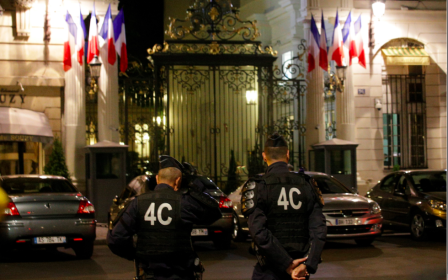