Gaza-bound flotilla readies to sail as VIPs board boats

Marzouki tells MEE: 'I believe the initiative to be a legal one and in my country there is much support for the Palestinian cause' 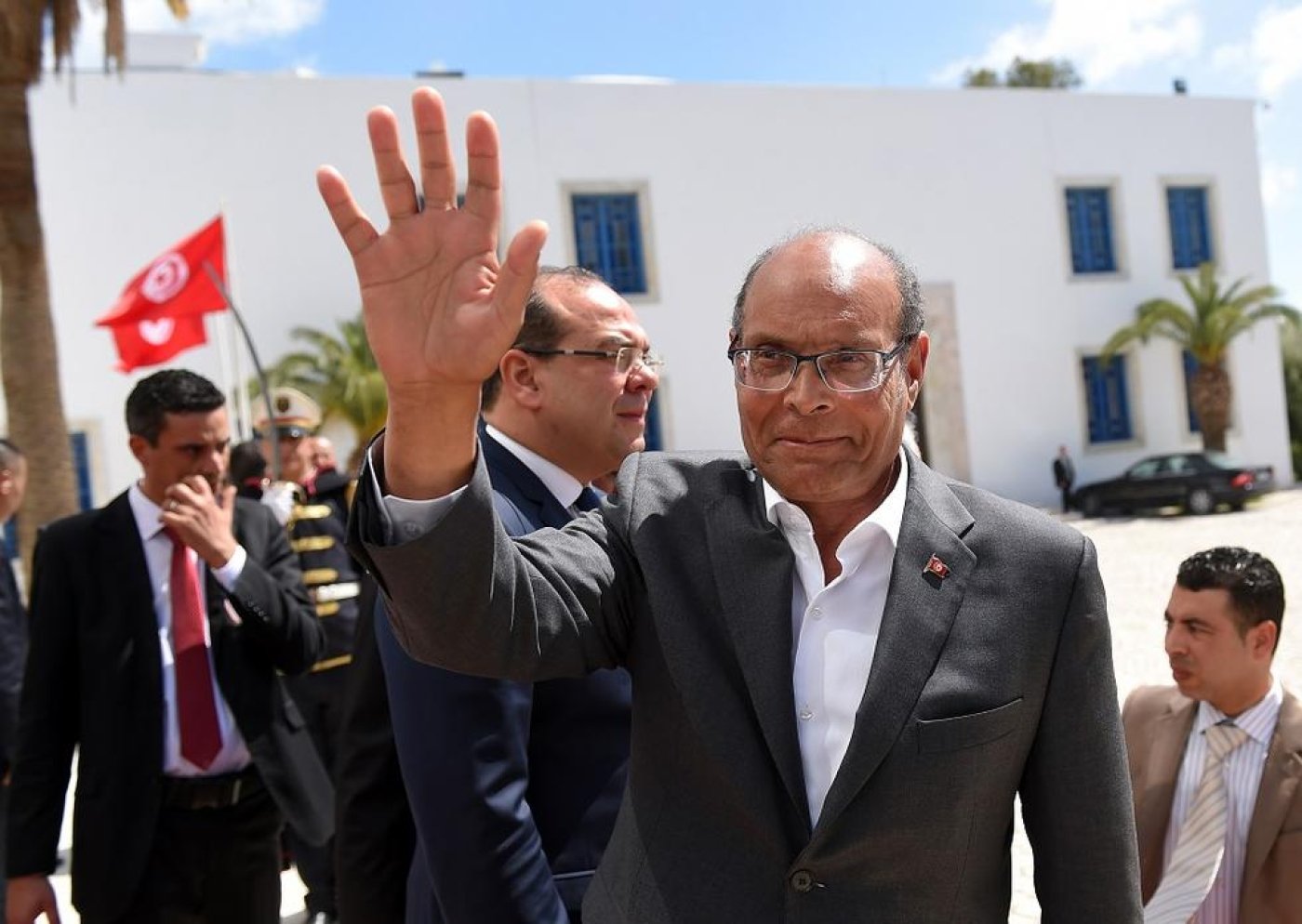 The so-called 'flotilla VIPs', including former Tunisian President Moncef Marzouki and members of the EU Parliament, have begun boarding ships bound for Gaza, the Middle East Eye can reveal.

Marzouki told MEE that he was now “on his way to the boats” currently docked just outside the Greek capital Athens.

Knesset Member Basel Ghattas, a Palestinian Citizen of Israel who hails from the leftist pro-Palestinian Balad Party and has stirred controversy for joining the flotilla, told MEE that while the VIPs would now board the vessels, an exact departure time had not been confirmed but that he expected the flotilla to sail soon.

“[My participation] is not through a political initiative, but a personal initiative,” Marzouki told MEE via telephone.

“I believe the initiative to be a legal one and in my country there is much support for the Palestinian cause.”

Flotilla organisers have been careful to stress that they are non-violent and are only bringing aid supplies to Gaza.

The reaction in Israel to the ships has been overwhelmingly negative with the army vowing to turn away the boats as they approach.

The centre-left Zionist Union has slammed the flotilla for being a “political act that gives legitimacy to Hamas rule and will increase the terror against Israel”.

Ghattas is also currently under investigation by the Knesset’s Ethics Committee which has the authority to suspend him from Parliament. However, while it can remove him from certain committee posts and remove his ability to address the 120-member assembly it cannot strip him of voting powers.

“The ethics committee can only take minimal measures and only for a certain amount of time,” Ghattas told MEE shortly before boarding the flotilla, while stressing that he had received widespread support from his party, the activist community and his constituents.

“I had been hoping that [Prime Minister Benjamin] Netanyahu would decide to be a bit more pragmatic and see that situation with the international community was complicated and move to not make complicate things further,” Ghattas said. “But thus far we have not seen signs of this.”

Gaza has been under a dual Israeli and Egyptian blockade since 2007 after Hamas won elections in Gaza and then proceeded to cement their control over the strip. The blockade has been repeatedly denounced by the UN which says that it has undermined the already precarious humanitarian situation.

A previous flotilla aimed at breaking the siege which set sail in 2010 was boarded by Israeli forces in international waters before it could reach Gaza. Ten, mainly Turkish, activists were killed in the raid and dozens more injured.

Responding questions about the safety of boarding the flotilla from Athens Marzouki said: “Everyone on board the ships have been briefed on how to act and what to do in the case that we get attacked by [the Israeli navy].”

“I don’t know if we will make it to Gaza’s port, but the important thing here is to raise awareness about the siege.”

The 2010 attack on the Mavi Marmara caused a diplomatic feud with long time regional ally Turkey, although on Wednesday news emerged that Tel Aviv and Ankara were attempting to reconcile relations.

"It's quite normal for the two countries to talk for the normalisation of the ties. How can reconciliation be achieved without holding any meetings?" Turkish Foreign Minister Mevlut Cavusoglu told reporters in Ankara.

Cavusoglu's comments came a day after Israel's Haaretz daily reported that Israeli and Turkish officials had held secret talks in Rome on Monday in a bid to restore relations between the two countries.

There have also been widespread reports that Hamas and Israel have been conducting secret talks that could see the siege lifted, although both sides deny this.