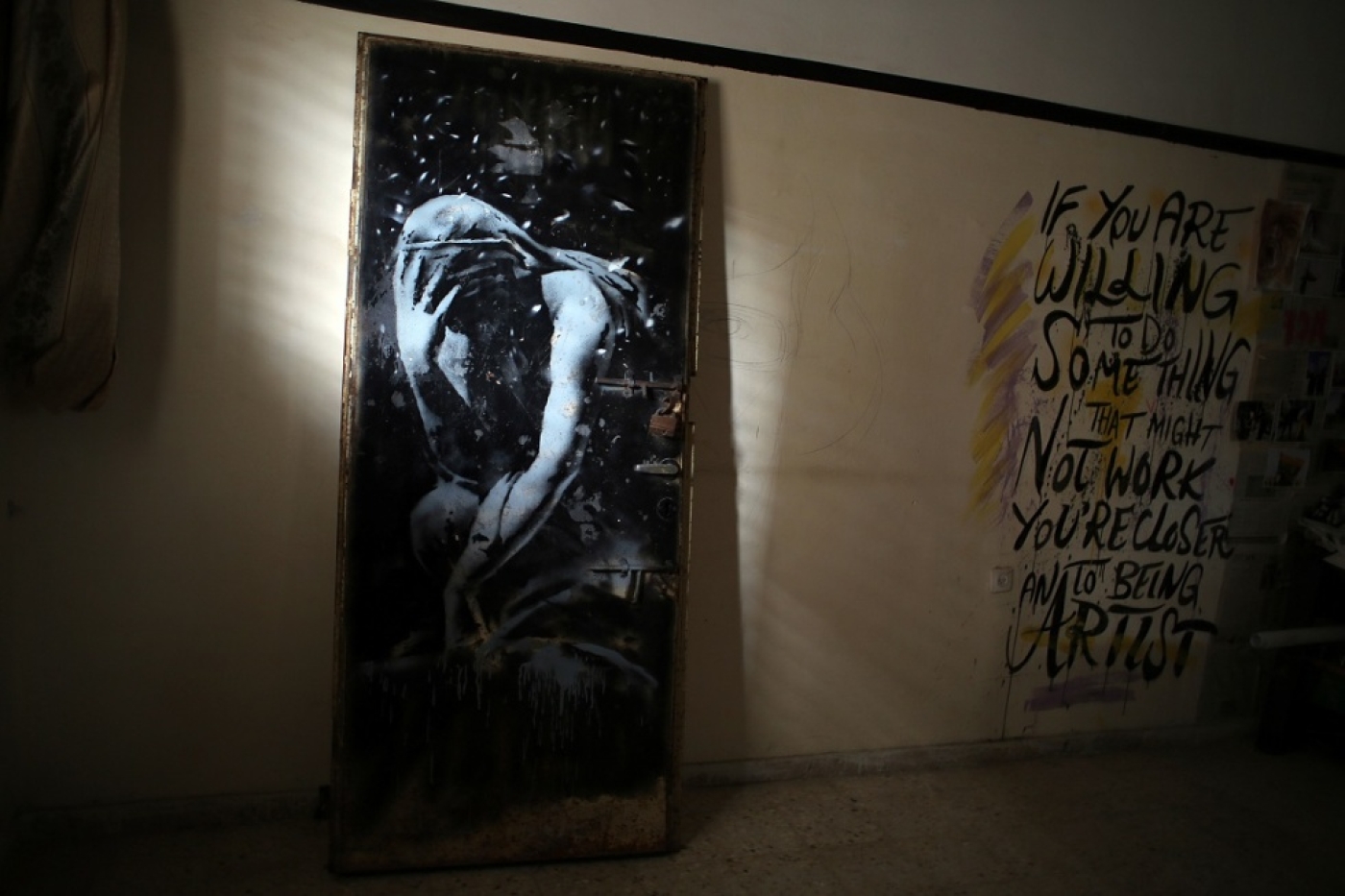 A picture taken in Khan Yunis, in the southern Gaza Strip on 1 April 2015, shows a mural of a weeping woman, said to have been painted by British street artist Banksy (AFP)
By
MEE and agencies

Gaza police have seized a work by famed street artist, Banksy from a man who bought it for $180 from a family that later said it was duped, both sides told AFP.

Bilal Khaled, accused of buying the work painted on a door belonging to the Darduna family without telling them its real value, said Friday, “The police seized it yesterday under a court order.”

The now homeless family in the impoverished enclave says they were “tricked” into parting with the valuable collector’s item.

At the end of February, the artist, who chooses to remain anonymous, released an online video showing three works he painted on the walls of Gaza homes destroyed in Israeli air strikes.

The disputed graffiti shows Greek goddess, Niobe weeping on a metal doorway which was all that remained standing of the Darduna family home.

Khaled said it “will be stored in the Khan Younis public library until this issue is resolved”.

Rabie Darduna confirmed this to AFP, adding that the family “has filed a complaint against Bilal Khaled for fraud and they demand justice in retrieving the graffiti”.

Khaled countered: “I’m going to exercise my rights over this graffiti because I have the paperwork to prove that I own it.”

The elusive Banksy produced the artwork during a secret visit to Gaza which was heavily bombed in an Israeli-led offensive in the summer of last year.

Rabieh Darduna, 33, earlier told AFP he had been approached by a young man calling himself Bilal Khaled and claiming to be a news agency photographer and journalist.

“He said it was his agency that had painted the graffiti on the door and other doors, and that they now wanted to recover them,” Darduna said.

Darduna said he later felt cheated for letting the door go to so little when collectors have paid more than a million dollars for a Banksy.

"Really, we feel depressed and very upset," he added. "This door is rightfully ours. They cheated us. It's a matter of fraud. And we're asking for the door to be returned."

Darduna's lawyer, Mohammed Rihan said he was seeking to "return the door to its true owner".

The artist’s works were seen as a damning critique of Israel’s bombardment of Gaza as it battled Hamas, destroying or damaging more than 100,000 homes and killing over 2,200 Palestinians, most of them civilians.

Banksy’s murals also include a giant cat painted on the last remaining wall of a Gaza home playing with a ball of twisted metal.

The artist’s online video about his trip to Gaza was entitled “Make this the year YOU discover a new destination.”

Banksy is believed to have started out as a graffiti artist in London, although his identity remains shrouded in mystery.

A Banksy mural painted on a shop in London in 2013 sold at a private auction for $1.1 million. 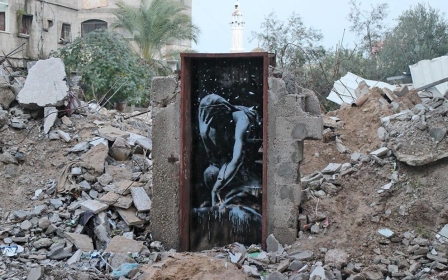 Culture
The homeless Gazan, his door and the Banksy media storm 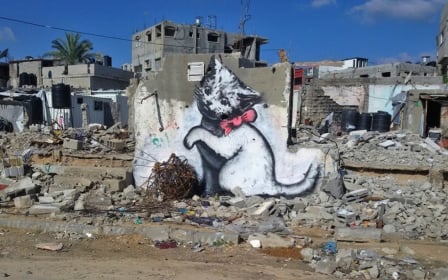