Gazans dig dead from rubble in scenes of war devastation 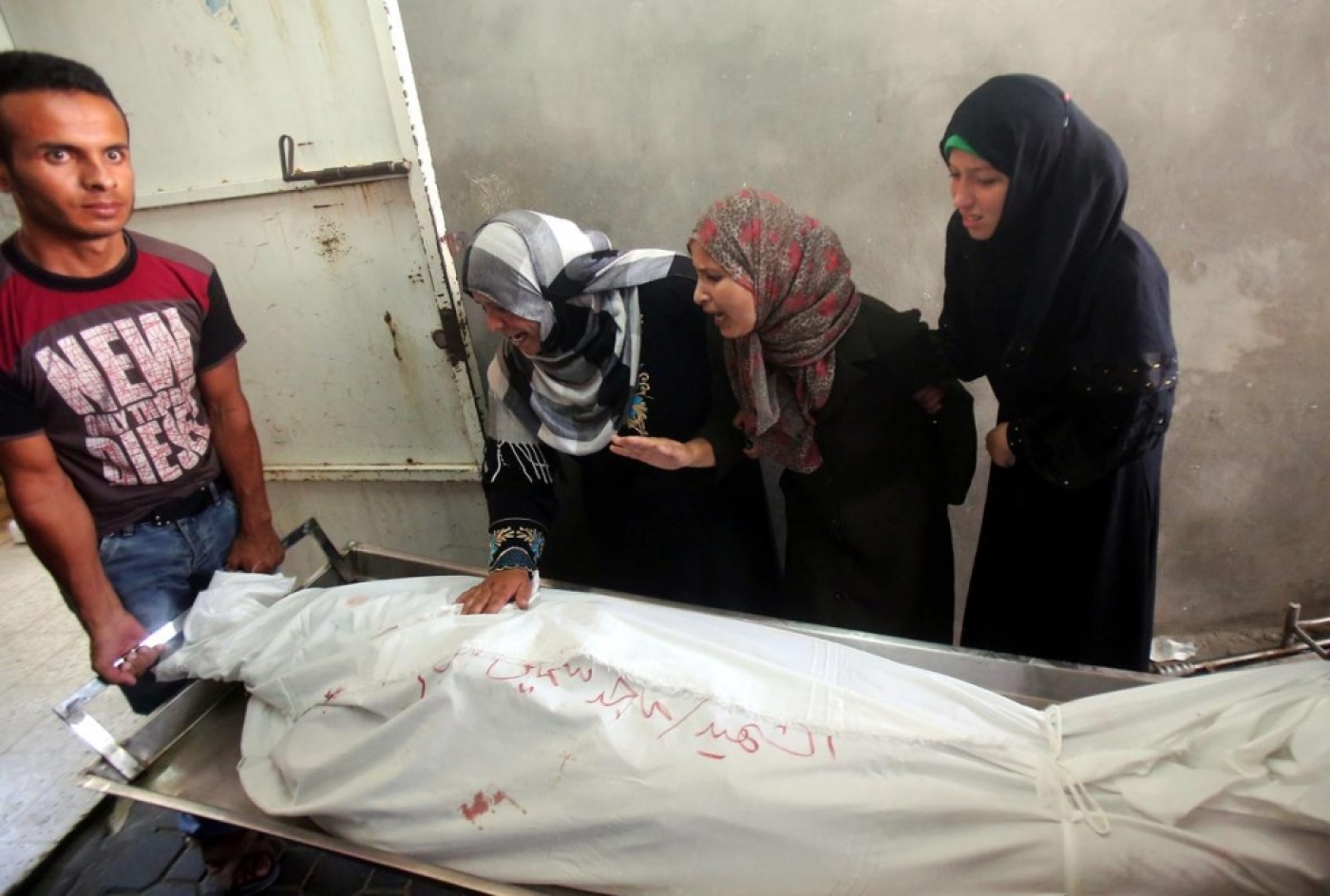 Palestinian Nejjar family's members were killed in an Israeli air strike on their house in the southern Gaza Strip on July 26, 2014 (AA)
By
AFP

GAZA CITY - Not a stone is left standing at the Najjar family home in southern Gaza. Yesterday it was a three-storey building, today medics dug 22 bodies of out the crater where it once stood.

The scene was one repeated across the Gaza Strip on Saturday, as desperate residents ventured out during a fragile 12-hour truce only to be met with evidence of death and destruction on a scale that reduced men to tears.

The Najjar family home was decimated in the final hours before the truce, in an Israeli air strike that killed at least 16 members of the family as well as others in their home and surrounding buildings.

Hussein al-Najjar looked at the rubble-strewn crater where his relatives took their last breaths early Saturday.

On the verge of tears, he appeared so deeply in shock he could barely speak.

"I was on the second floor on the balcony when the strike hit, and it threw me out and away from the building," he said.

"My two sons were killed, and my wife, who was five months pregnant," looking on with one eye, the other covered with a bandage.

His feet were swollen with bruising and his arms and legs also bandaged up.

Hussein's shock left him quiet, but his grandmother raged in anguish at the scene.

"My entire family, my sons, grandchildren, are gone!" she shouted, beginning to weep.

The 85-year-old woman, whose white hair protruded from beneath a white-and-blue headscarf, was surrounded by crying women and children who had come to pay their respects to the family.

The crater that remained was filled with and surrounded by concrete rubble and twisted metal, with women and children's clothes also littering the site.

From southern Gaza to the north, the pain was the same, as families returned to find their homes ground into rubble by relentless Israeli tank fire and air strikes.

Medics said they had uncovered at least 85 bodies in the debris, many of them charred, some of them stiff with rigor mortis.

The smell in places was overwhelming, with corpses rotting in the heat as continuous firing made it impossible for ambulances to retrieve the dead.

In eastern Shejaiya, which experienced some of the worst of the bombardment, entire blocks were erased, and there were macabre spots where human limbs could be seen emerging from the rubble.

Elsewhere, for those who could, the 12-hour ceasefire was a chance to stock on up supplies that have run low in 19 days of devastating war between Israel and the Hamas movement.

Parents and children rushed out into Gaza City to buy food and gas canisters, or just to experience the feeling of walking outside without fear for the first time in nearly three weeks.

No one was sure whether the fighting would resume after the 12-hour ceasefire, so residents hurried to prepare the dead, and to bury them while they could. 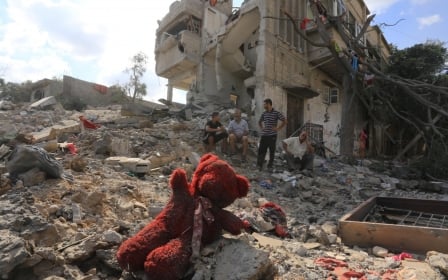