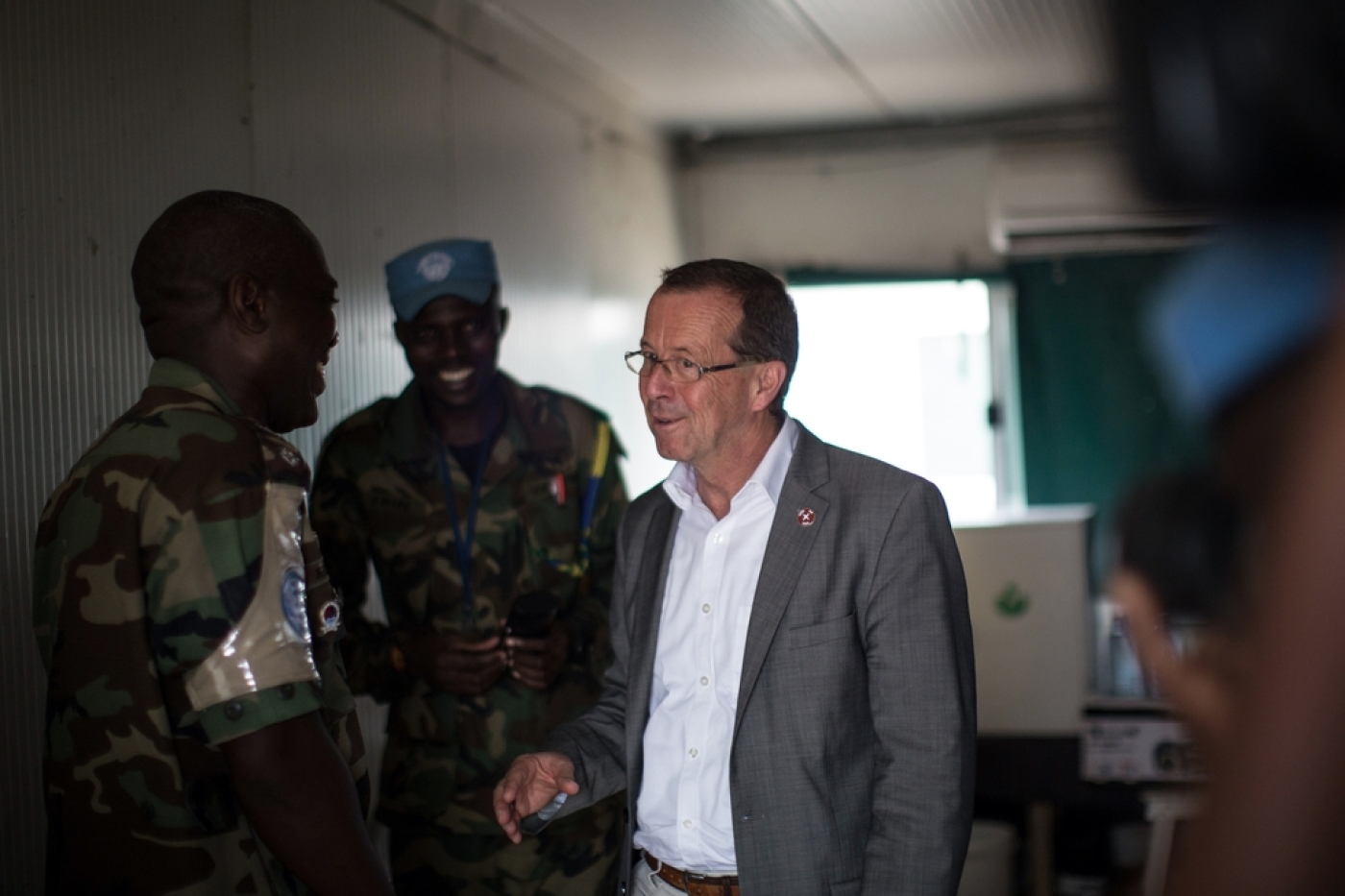 Martin Kobler (C), head of the United Nations Organisation Stabilisation Mission in the Democratic Republic of Congo (MONUSCO), speaks with soldiers in Kinshasa on 19 April 2015 (AFP)
By
AFP

Ban on Wednesday informed the Security Council of his decision in a letter, a copy of which was obtained by AFP.

Kobler will succeed Bernardino Leon as special envoy for Libya just as efforts to end years of turmoil in the North African country have run into hurdles over the formation of a unity government.

Libya's internationally recognised parliament and the Islamist-backed assembly have rejected the latest UN proposals for power-sharing.

A former German ambassador to Iraq and Egypt, Kobler has led MONUSCO, the UN's largest peacekeeping mission, for the past two years.

The 62-year-old former chief of staff to Germany's ex-foreign minister Joschka Fischer joined the United Nations in 2010, serving as deputy envoy to Afghanistan and later special representative in Iraq, from 2011 to 2013.

Ban gave the 15-member council until Friday to raise any objections to the appointment, which is expected to then be formally announced.

A unity government in Libya is seen as the best chance to tackle migrant-smuggling from Libyan territory across the Mediterranean and the rise of the Islamic State group.

Libya has had two administrations since August 2014, when a militia alliance that includes Islamists overran the capital, forcing the internationally recognized government to take refuge in the east of the country.

The country descended into chaos after after a NATO bombing campaign and the fall of Moamer Gaddafi in 2011, with the two sides vying for power as well as several groups battling for control of its vast resource wealth.

The new UN-proposed government would be headed by Fayez el-Sarraj, a deputy in the Tripoli parliament, and include three deputy prime ministers, one each from the west, east and south of the country.

The Security Council has threatened to impose sanctions on those who block a peace deal or undermine any political transition in Libya.