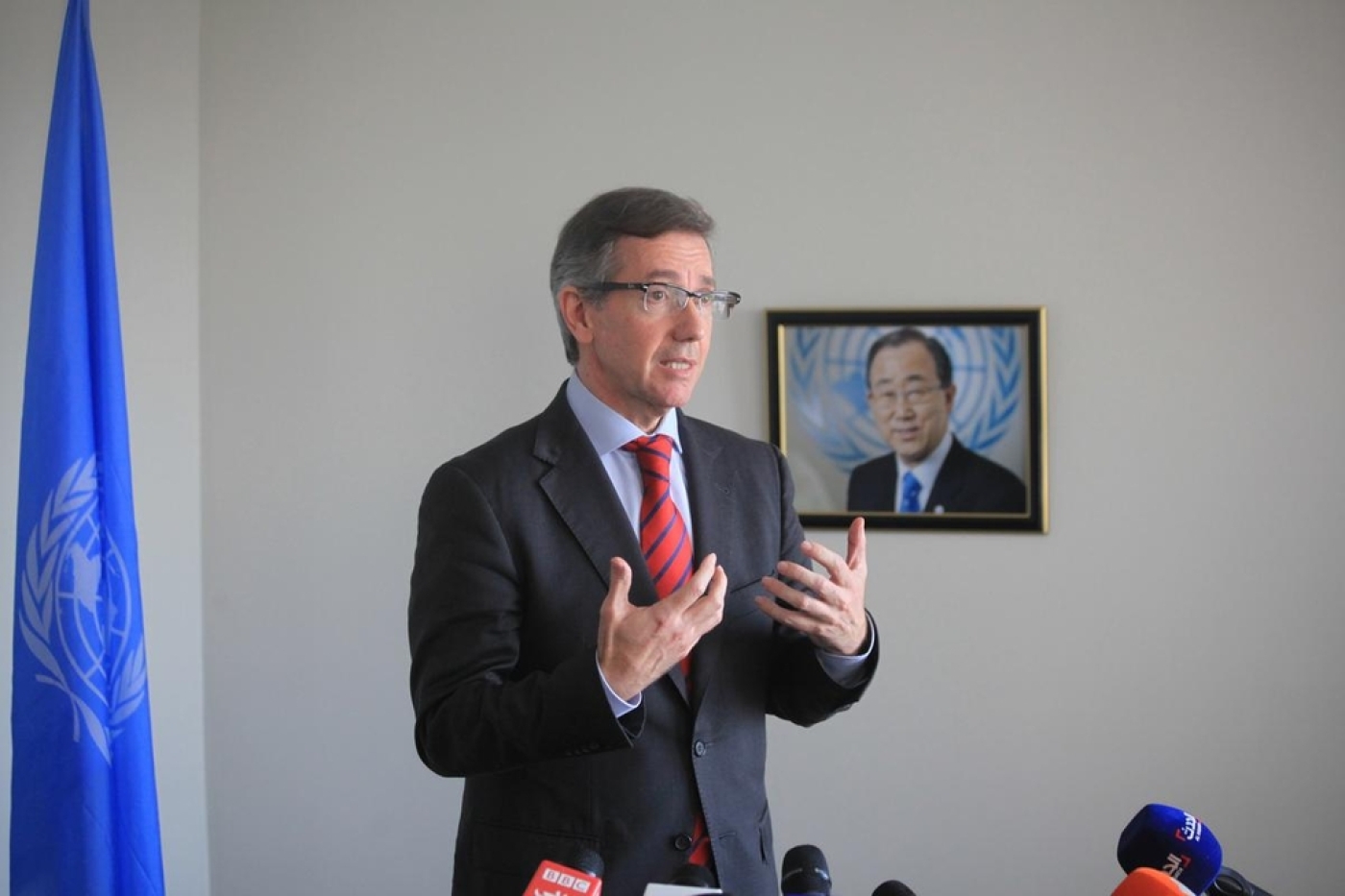 UN envoy Bernardino Leon insisted on Wednesday that efforts to clinch a political deal to end the turmoil in Libya will carry on although the key parties have rejected his proposals.

Leon's remarks come a day after Western and Arab states urged rival sides to accept a UN plan for a power-sharing government "immediately".

"The process goes on. There is no chance for small groups or personalities to hijack this process," Leon told a news conference in Tunis.

"The political solution is the only real alternative," he said, adding that further meetings would be held in the coming days.

Libya descended into chaos after the October 2011 overthrow and killing of longtime dictator Muammar Gaddafi, with two governments vying for power and armed groups battling for control of its vast energy resources.

A militia alliance overran Tripoli in August 2014, establishing a rival government and a parliament that forced the internationally recognised administration to flee to eastern Libya.

On 9 October, after almost a year of arduous negotiations, Leon put forward a list of names to head a power-sharing government, but both sides rejected the proposed appointments.

On Tuesday, the mandate of the Tobruk-based House of Representatives expired without a decision on the unity government.

"As of today, neither of those governments can claim legal legitimacy - making Libya the largest piece of terra nullius, or vacuum of sovereignty on earth," Jason Pack, researcher of Libyan history at Cambridge University and president of Libya-Analysis.com, told the Washington Post.

Leon said on Wednesday that the parties that rejected the proposals had not come up with any alternative: "It's just a negative message; it's just a 'no.'"

"What we're seeing today... is a small group of people, hardliners in both camps and specific personalities taking the decision to use the power they have not to allow... a democratic vote," Leon said.

"The majority of Libyans want a political solution," he said.

The new UN-backed government was to have been headed by Fayez el-Sarraj, a member of the Tripoli parliament, and include three deputy prime ministers - from the west, east and south of the country.

On Monday, a meeting hosted by the UN Support Mission in Libya and Britain brought together representatives of 40 countries to seek ways to support a government of national accord.

A joint statement was issued by the foreign ministers of Algeria, Britain, France, Germany, Italy, Morocco, Qatar, Spain, Tunisia, Turkey, the UAE and the US, as well as the EU foreign policy chief.

It called on "all parties in the Libyan political dialogue to immediately adopt the political agreement negotiated" by Leon.

UN chief Ban Ki-moon's deputy special representative for Libya, Ali Al-Za'tari, said in a statement: "There is no other way except, God forbid, a further slide into bloodshed and chaos."

A unity government in Libya is seen by many as the best chance to tackle the rise in the country of the Islamic State group and migrant and refugee smuggling from Libya across the Mediterranean to Europe.

The UN Security Council has threatened to impose sanctions on those who block a peace deal or undermine any political transition in Libya.

Commenting on that, Leon said "let's see what happens in the coming days... but I'm sure that we will see them thinking of these sanctions."

These could include travel bans and restrictions on bank accounts, he said. Libya Crisis
Vengeance, violence and bread queues - life under IS in Libya