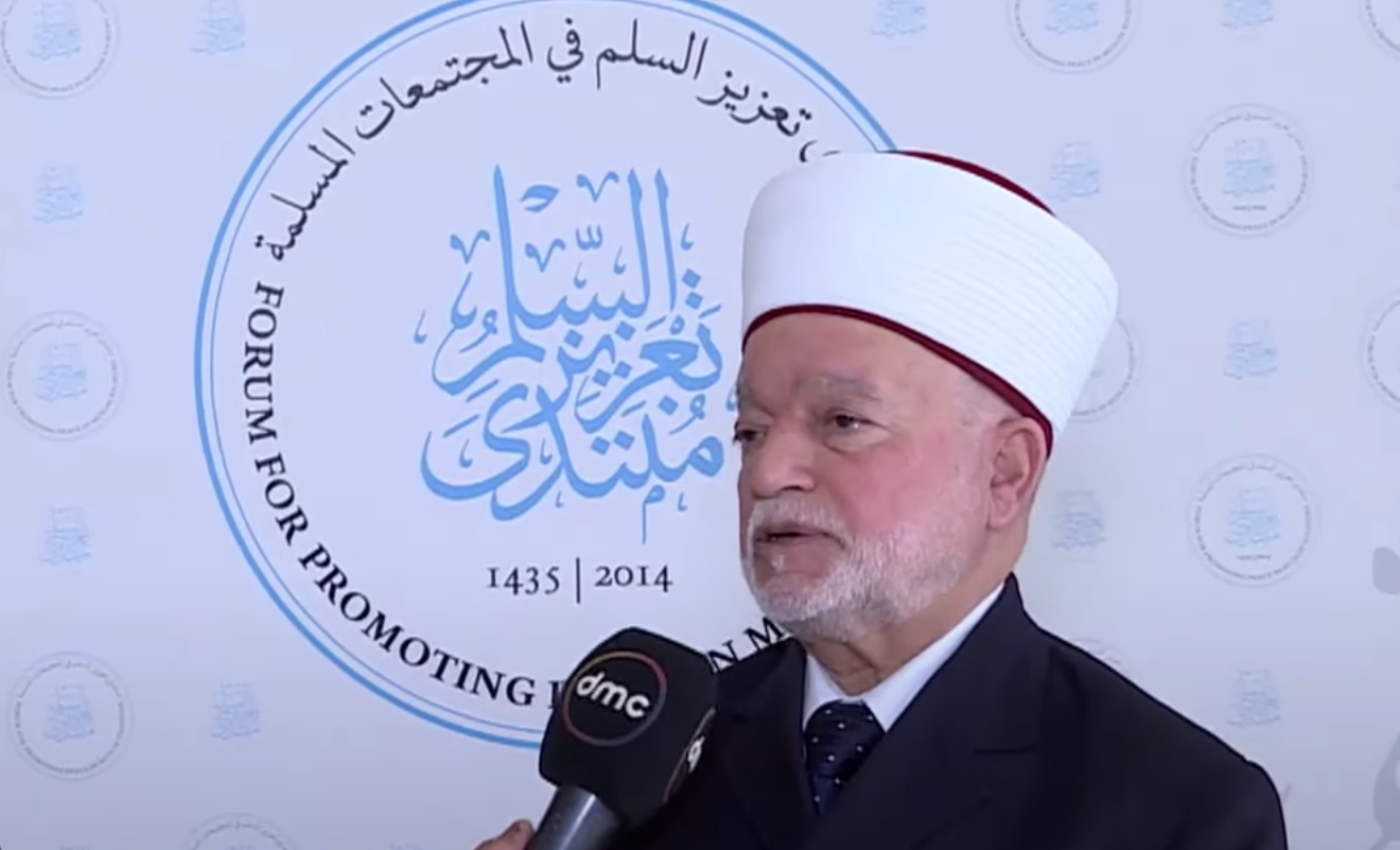 The Grand Mufti of Jerusalem resigned from a UAE-based forum for "promoting peace" on Wednesday, the second such resignation in recent days, following the organisation's public endorsement of normalisation between the Gulf state and Israel.

Muhammad Hussein announced his resignation from the Forum for Promoting Peace in Muslim Societies (FPPMS) during a public news conference, the Wafa news agency reported.

In his statement, Hussein said: "Normalisation is a stab in the back of Palestinians and Muslims, and a betrayal for Muslim and Christian holy sites in Jerusalem."

Last week, FPPMS issued a now-deleted statement claiming normalisation "stopped Israel from extending its sovereignty over Palestinian lands" and was a means to "promote peace and stability across the world". Hussein had previously issued statements condemning the deal, and last week issued (Arabic link) a statement prohibiting Muslims from the UAE from visiting and praying at the Al-Aqsa Mosque.

On Sunday, Muslim-American activist Aisha al-Adawiya also issued her resignation from the FPPMS as a result of the statement supporting normalisation with Israel.

Adawiya said the topic of normalisation was never brought up at a recent board meeting and that "there was no agreement on any kind of support for the UAE's deal with Israel".

"As a result of this breach of trust and consistent with my values, I'm announcing my resignation," she said in a Facebook post.

Other members of the forum, including Kuwait's royal court adviser Abdullah al-Matouq, have distanced themselves from the forum's statement.

FPPMS was created in 2014 and is led by Saudi-based scholar and one-time Mauritanian politician Abdullah bin Bayyah.