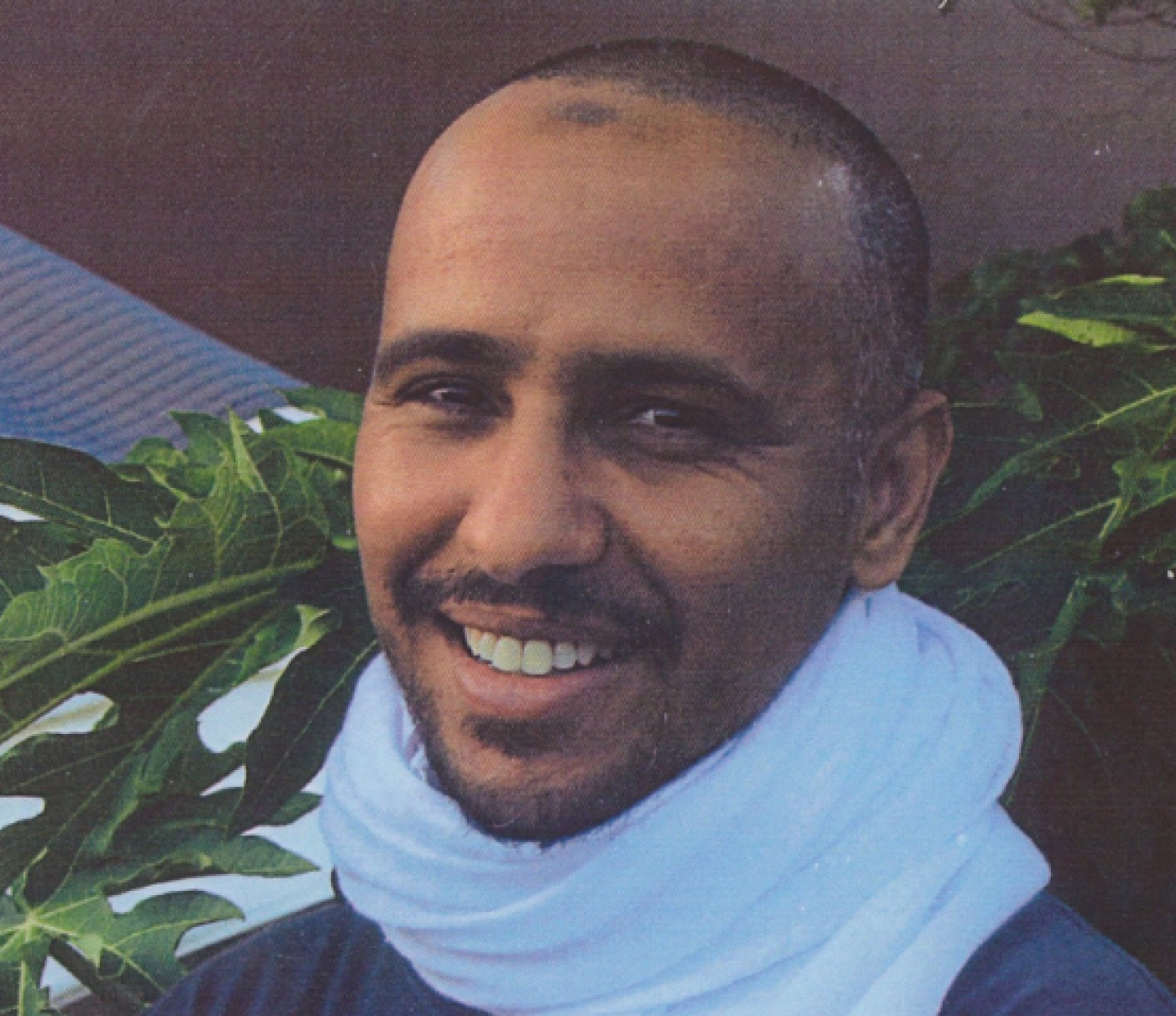 Mauritanian national Mohamedou Ould Slahi, regarded as the most tortured man in the history of Guantanamo Bay, has been released after being held without charge for nearly 14 years. He was reunited with his family in his native Mauritania on Monday.

Slahi, dressed in a traditional Mauritanian wide-sleeved robe known as a boubou, was greeted by his family and scores of friends as he arrived at his home in a working-class neighbourhood of the capital Nouakchott.

In his first comments broadcast by national television, the former prisoner thanked the Mauritanian president Mohamed Ould Abdel Aziz for "his efforts to bring him home".

Appearing cheerful and in good health, he did not comment on the conditions he faced in detention, which featured heavily in his book.

Slahi authored the memoir The Guantanamo Bay Diaries, which became an international bestseller in 2015.

He was arrested in Mauritania in 2001 and taken to Amman by the Jordanian armed forces.

He was then held in solitary confinement for more than seven months and was later taken to Bagram air base in Afghanistan. From there, he was flown to Guantanamo Bay and subjected to numerous counts of torture, according to firsthand reports documented in his memoir.

His book made him the highest-profile Gitmo detainee unconnected to the 9/11 plot, where he wrote about longing to be united with his children, starting a small business and even welcoming his old prison guards for tea.

After appearing before a six-agency-panel-parole-board (PRB), the board decided on 14 July that he did not pose a strong enough threat to national security.

The decision to release Slahi came in part because of his “highly compliant behaviour” during his 14-year incarceration without charge.

Their decision also mentioned Slahi’s “candid responses” to board questions, “to include recognition of his past activities, clear indications of a change in the detainee’s mind-set”.

“We are thrilled that the PRB has cleared our client,” said Nancy Hollander, one of Slahi’s attorneys. “We will now work toward his quick release and return to the waiting arms of his loving family. This is long overdue.”

Among the evidence the PRB reviewed was a letter of support submitted by a former US military guard at Guantanamo who was assigned to Slahi for 10 months.

Slahi had won a scholarship to study in Germany where he earned a degree in electrical engineering from the University of Duisburg. In 1991, he had fought with the mujahadeen in Afghanistan when the Americans were funding and equipping anti-communist resistance cells. After his time in Afghanistan, he travelled back to Germany for work and returned to his native Mauritania in 2000.

Slahi has been open about his involvement in Afghanistan and publicly stated that he had never been an enemy combatant against the US.

Slahi’s February 2016 US intelligence threat assessment said that “throughout his detention,” Slahi had “maintained his support for jihad, but clarifies that his notion of jihad neither condones the killing of innocent people nor supports [Osama] Bin Laden’s version of justice”.

During his incarceration in Guantanamo Bay, Slahi was selected to be part of a “special interrogation plan” approved personally by former secretary of defence Donald Rumsfeld in 2003.

In Guantanamo, Slahi was held in the infamous Camp Echo in solitary confinement for years.

His torture was so severe - from being sleep deprived, shackled in stress positions and being sexually molested - that the marine colonel assigned to prosecute him quit.

He had also written in 2009 to his lawyers that all his confessions were the result of torture.

A federal district court judge determined that Slahi’s detention was unlawful and ordered him released in 2010. The US government successfully appealed that decision, and his case for unlawful imprisonment is still pending.

There are currently 61 prisoners remaining in Guantanamo Bay, 30 of whom have been cleared for release.

His book documents in great detail the level of torture he faced during interrogations throughout his incarceration inside Guantanamo Bay.

It is based on 466 handwritten pages of prison camp memoirs Slahi wrote in 2005, which prison guards had marked “top secret” with many of his notes being redacted.

His lawyers only had access to them in a classified setting and had fought for years for the book to be published.

It was published with many redactions in January 2015.