A Guide to the Kurds in Iraq and Syria 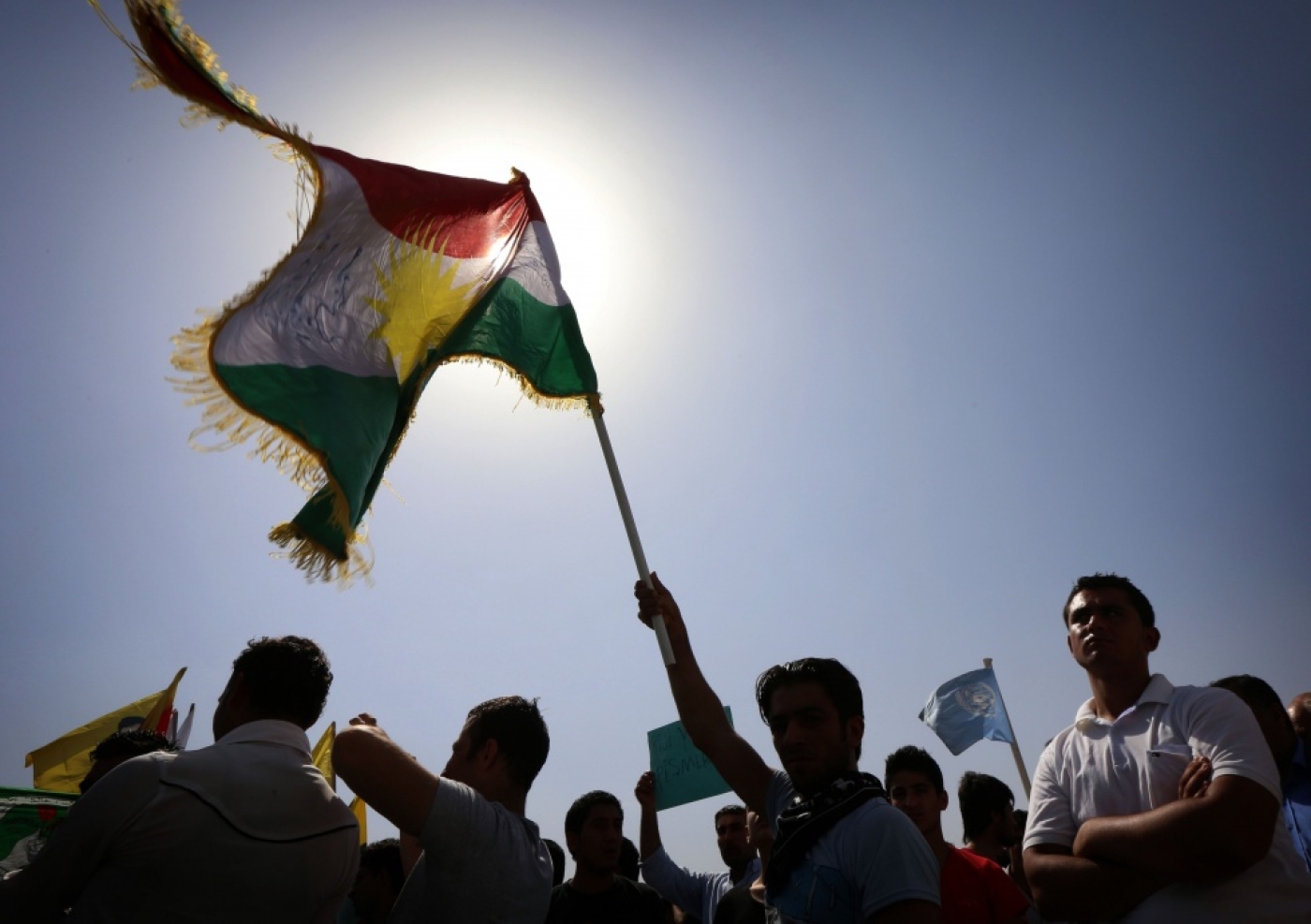 Across the regions of Turkey, Iraq, Iran, Syria and Armenia known collectively (but never officially recognised) as Kurdistan by Kurds, a wide network of political parties, armed groups and bureaucratic bodies have been set up, often at odds with one another - even in open conflict - but all with the ultimate goal of greater autonomy for the Kurdish people and the protection of the Kurdish language and culture.

The 2003 invasion of Iraq and the Syrian civil war have both been major catalysts in opening up a space for Kurdish autonomy to thrive, but the rise of the Islamic State and their clashes with Kurds in Syria and Iraq has made the future of Kurdistan uncertain.

Below is a guide to the main Kurdish organisations involved in the conflict in Iraq and Syria.

Founded in 1978 in response to Turkey’s repression of Kurdish linguistic and cultural rights, the PKK have fought a bloody war with the Turkish state which has cost over 40,000 lives and has had them classified as a terrorist organisation by the US, EU and NATO.

Formerly a Marxist-Leninist group with an aim to establishing an independent Kurdish state, their imprisoned leader Abdullah Ocalan - who is idolised by Kurds across Turkey, Syria and Iraq and whose face adorns numerous flags and posters- now claims to support an anarchist-inspired theory called Democratic Confederalism.

Though they claim to have rejected the brutal methods of the past, as late as 2012, PKK members still engaged in suicide bomb attacks against targets in Turkey.

Since 2013, they have observed a ceasefire with Turkey and have opened channels for discussing peace talks. However, the peace talks have recently come under threat due to the rise of the threat of the Islamic State in Syria (IS).

Ocalan has warned that the fall of the Syrian town of Kobane would lead to a total collapse of peace talks with Turkey.

Groups of Communities in Kurdistan (KCK)

The KCK is a confederated network stretching across parts of Turkey, Iran, Iraq and Syria designed to organise Kurds and other ethnic groups across Kurdish populated regions into a federalised system.

Stemming from PKK leader, Abdullah Ocalan’s ideas of Democratic Confederalism, the organisation is led by an assembly called the “Kurdistan People's Congress,” which serves as the group's legislature.

The PKK, PYD and other Kurdish groups in Turkey, Iran, Iraq and Syria make up part of the confederation. 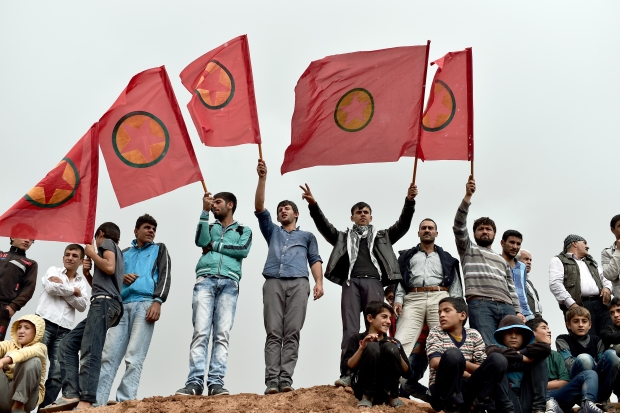 The PYD is the main affiliate of the PKK in Syria, and purportedly supports the Democratic Confederalism of its parent organisation.

Criticised by other Syrian Kurdish parties for a relatively ambiguous attitude towards Syrian President Bashar al-Assad's government, they have agreed to divide sections of Syrian Kurdistan between themselves (under the management of the Democratic Society Movement known as Tev-Dem) and the anti-Assad KNC.

Since the beginning of the war in Syria, their broad strategy was to oppose Assad politically (joining the pro-dialogue National Coordination Committee for the Forces of Democratic Change) while carving out an autonomous region in the North of Syria, though they have been repeatedly accused of supporting Assad by the Turkish government and the Kurdish Regional Government (KRG) in Iraq, who are also hostile to the PKK.

Tev-Dem is body set up to manage the autonomous Kurdish region of Rojava (Syrian Kurdistan), formed by locals in the vacuum of power that followed the beginning of the Syrian civil war.

There are numerous facets to the Tev-Dem, which is primarily dominated by the PYD.

According to Zaher Baher, a Kurdish activist who visited Rojava in May, "the Tev-Dem’s programme was very inclusive and covered every single issue in society."

"Many people from the rank and file and from different backgrounds, including Kurdish, Arab, Muslim, Christian, Assyrian and Yazidis, have been involved. The first task was to establish a variety of groups, committees and communes on the streets in neighbourhoods, villages, counties and small and big towns everywhere. The role of these groups was to become involved in all the issues facing society. Groups were set up to look at a number of issues including: women’s, economic, environmental, education and health and care issues, support and solidarity, centres for the family martyrs, trade and business, diplomatic relations with foreign countries and many more. There are even groups established to reconcile disputes among different people or factions to try to avoid these disputes going to court unless these groups are incapable of resolving them."

According to Asia Abdulla, co-chair of the PYD, the PYD is "politically leading the democratic revolution in Syria's Kurdistan while Tev-Dem is socially doing so."

"We are in search of a democratic society organised from below."

The military wing of the PYD, the YPG have been the primary Kurdish group fighting the Islamic State in Syria.

Unlike the PKK, the YPG have not been classified as a terrorist organisation by Western countries and hundreds of European Kurds (as well as some non-Kurds) have travelled to fight with the YPG in Syria. 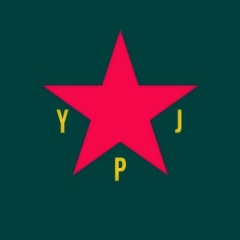 Female-only battalions of the YPG. The YPJ have been lauded as feminist icons by many media outlets. 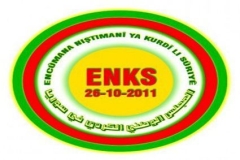 The Kurdish National Council in Syria, created under the auspices of Iraqi KRG leader Barzani in 2011, comprises various non-PKK affiliated Kurdish parties who support the overthrow of Assad and the creation of an autonomous Kurdish region in Syria.

They have frequently criticised the strategy of the PYD who they have accused of co-operating with Syria's Assad, although the two groups agreed to divide sovereignty of Kurdish-controlled areas in 2012.

They function alongside the Tev-Dem in Rojava. 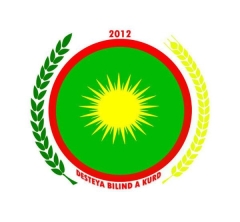 A body set up unifying the KNC, PYD and Tev-Dem in 2012 in order to more comprehensively manage the Syrian Kurdish regions and prevent clashes between the groups.

Officially the YPG and YPJ come under the auspices of the DBK, but in practice they have maintained their loyalty to the PYD. 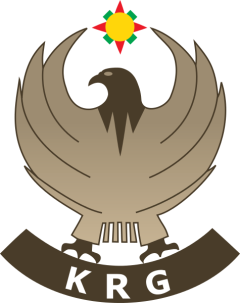 The KRG in has developed over decades, started with accords signed in 1970 granting a degree of sovereignty to the Kurds in northern Iraq (which collapsed in 1974) and gaining de facto autonomy with the help of the US after the 1991 Gulf War.

Since the Second Gulf War their autonomy became internationally recognised and in 2005 the two major parties, the KDP and the PUK, agreed to form a government. The ratification of the Iraq constitution reconstituted KRG as a federal region in the country.

Seen as the main success story in post-war Iraq, the rise of the Islamic State has made the KRG more vulnerable. They have maintained a good relationship with Turkey which has further compounded their opposition to the PKK.

Though the term has historically meant “Those who confront death” today it refers to the armed forces of the KRG.

They have been an integral part of the fight against the Islamic State in Iraq, though many have accused their takeover of historically important locations likes Kirkuk as proof of expansionist aims.

The deployment of Peshmerga to Kobane had raised fears that the KRG could seek to undermine the PYD and YPG's control of the region, though PYD leader Muslim Salih Muhammad dismissed the idea.

“We have no concerns that the Peshmerga will take control in Kobane. They are going to come and help. They have no intention of taking over anyway. This is Kurdish solidarity,” Muslim said. 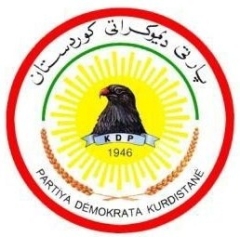 The major party in the KRG and one of the oldest Kurdish separatist parties in Iraq, its leader Massoud Barzani is current President of the KRG.

More conservative and pro-US than the more radical PKK in Turkey, the two have been at odds in terms of both ideology and strategy, the PKK finding a more likeminded partner in the PUK.

They have also repeatedly come into armed conflict with the PUK, with thousands dead over a period of several decades and with Barzani even allying at one point with Saddam Hussein in order to break PUK power in northern Iraq.

During the 2003 Iraq war the KDP (along with the PUK) helped route Saddam Hussein's forces in northern Iraq and the Iraqi Kurdish Civil War de facto ended with the election of Barzani as president of Iraqi Kurdistan and PUK leader Jalal Talabani elected as President of Iraq. 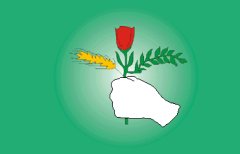 The other major partner in the KRG government, the PUK is a member of the social democratic Socialist International.

Often at odds with the KDP, they have maintained a tense coalition in the KRG.

In the late 90's, the PKK operated under the PUK's auspices in northern Iraq leading to an intervention by the Turkish government.